Rainy Days in Budapest Don’t Get me Down

Today was a rather low key day. We traveled on the Hop On Hop Off bus to see more of the city. It was helpful today because it was raining on and off. 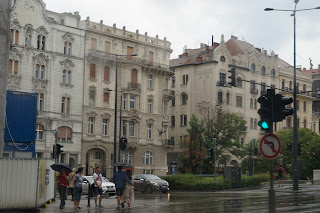 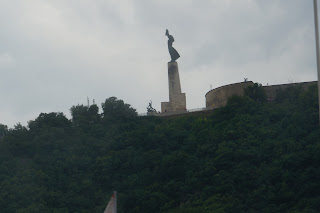 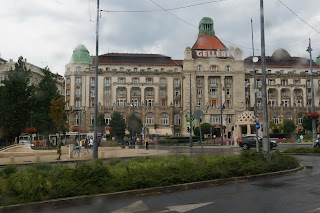 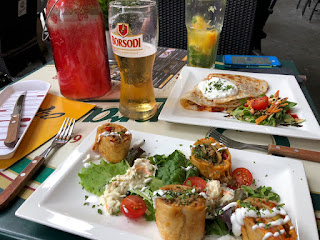 Bought more souvenirs of course.
Went back to the First, the Craft Beer company for one more beer. 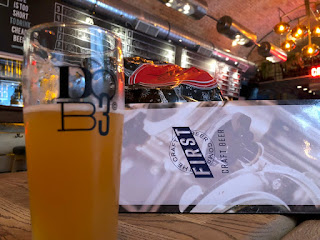 Had a lot of fun at the grand opening of a new brewery today - Gravity Brewing, located inside Neked Csak. 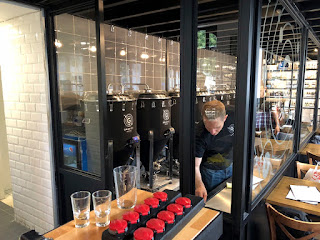 It was a marvelous time to be at an opening day. Chatted with brewer/owner Greg when he was done polishing the brewing system. 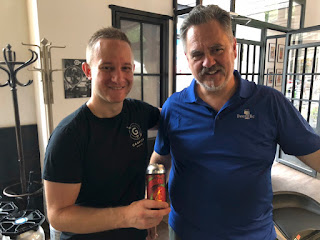 Even brought him the last American beer I had!

Also spoke with fellow beer fan Joel, from New Zealand. Learned that the bar price for a can of Pabst Blue Ribbon is like $14 NZ, which is crazy. 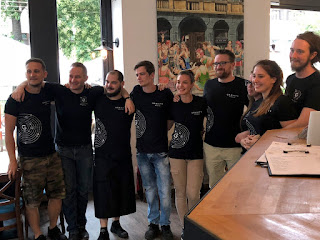 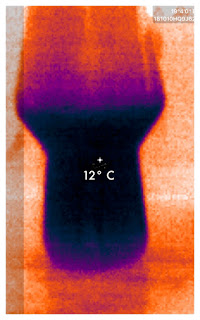 When I told him what I picked up in Czech Republic for like $100 US, he was laughing.

Tried all their beers:

The last one - made with Campari  - was inconceivable. Nice IPA flavors with an amazing herbal sour tart finish. 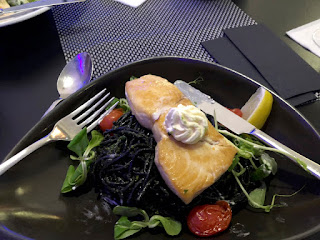 Delicious last dinner and even had wine.
The fun part was the flaming dessert. 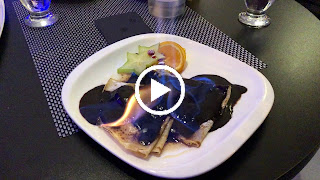 It has been a grand vacation. Over 9,000 miles. 108 new beers. Five countries. Saw where grandmother’s home was in Poland, and met with wife’s 2nd cousin in Slovakia. Two brewery hotels. Three new breweries.

Posted by Beeriffic at 3:20 PM