Back in the Saddle Again

New name and identity for Beer Blog - check
New logo - check
All social media changed to Beeriffic (a portmanteau of "Beer" and "Terrific") - check
Start filling in the stuff since July 2016 (including the 2017 Shelton Bros festival and the eclipse, and Extreme Beer Fest 2018 in Boston) - check
Brewery reviews started - check

Let's look to a couple of places visited the week of 2018-02-26. I had a client to visit in western MA, so had time to go to two little breweries in South Hadley and Ludlow. 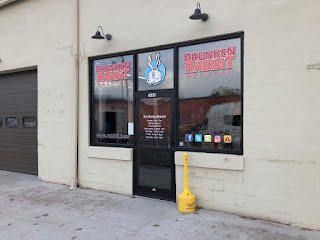 Stopped on 2/28 at the Drunken Rabbit - 749 New Ludlow Rd, South Hadley, MA  - opened in December 2017, and has a nice open tasting area, complete with a Crowler canner. 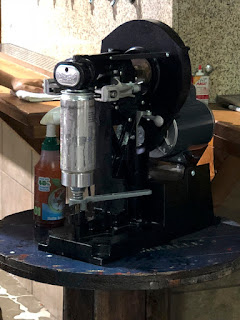 Note Massachusetts is one of those bizarre states where you can buy marijuana, but must use the exact same growler from the brewery, or they can't fill it. As much as one would relish the idea of a trunkful of glass bottles, offering a crowler is very nice. 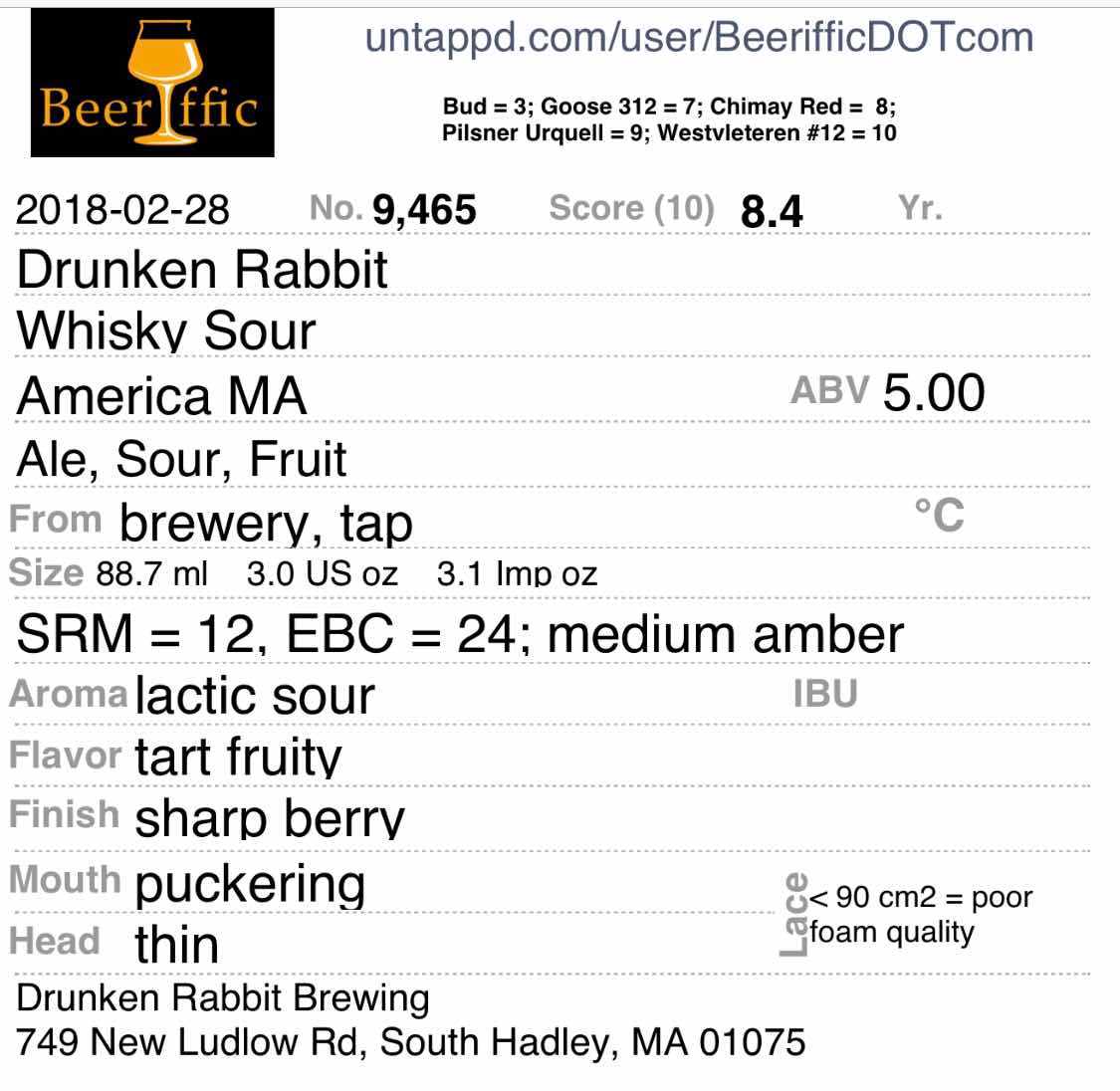 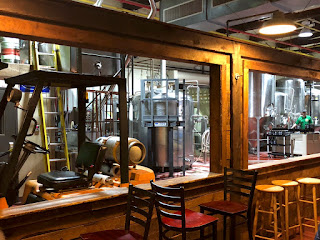 The next afternoon I had time to go to the Iron Duke Brewing, at 100 State St, Ludlow, MA. Similar sort of layout, with the workboot sole motif throughout. Not sure really as to why, but the area used to be a mill complex supporting fibers and fabrics used in shoes. Didn't have time to try all, so had a glass of the Imperial Stout and a fight. 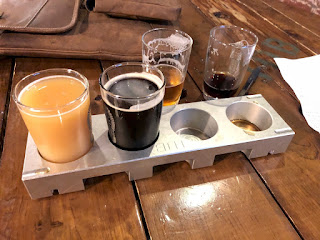