This morning we boarded the train for Budapest (country #5 or 6 on this trip, if you count as layover in Amsterdam). It was delayed but no worries since there weren’t connections. 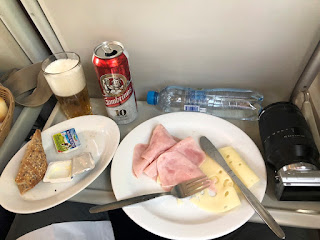 On the way had a nice light breakfast with a 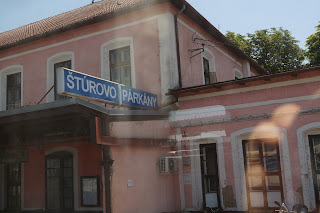 The taxi ride was adventurous - and the driver wasn’t exactly honest - but we got to the hotel in one piece.

We did go to lunch and had delicious sandwiches. Any my first ever Hungarian beer. Which was decidedly odd given where and how long I have traveled for work and play.

After lunch while spouse rested, went on a search for more Hungarian beers. 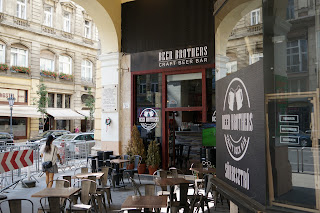 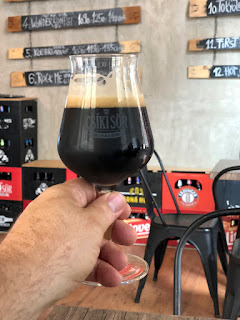 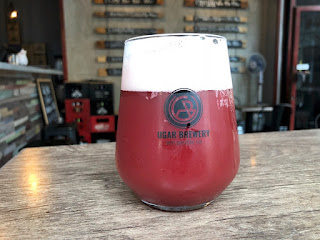 Dinner was a place near the hotel. 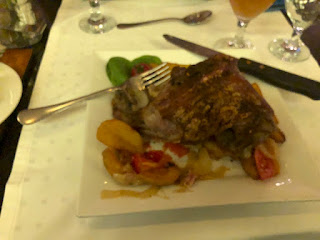 Very nice food but as with Bratislava, the beer could have been better.

Posted by Beeriffic at 3:30 PM