Today was a planned day trip to Vienna - a leisurely boat ride up the Danube. The start was a little trying - took a taxi to the boat dock; first it was late getting there, was told by the Bellhop in no uncertain terms to go directly to the dock area and we would pay taxi only €10.

Well, he said he understood the written address, but took us to an office building, even though we repeatedly told and showed him on GPS how to go!!

We finally get to the docking area with but minutes to spare. As we found later, the sign for the company was fairly small and we went the wrong way (following much larger signs that said “passenger embarkation” or similar). Needless to say we missed the boat.

We get another taxi back to the hotel and before we arrived, I had arranged for a driver to take us to Vienna. The driver who took us there was awesome and got us there in record time (Jaguar sedan at 110 mph) and dropped us at Hapsburg  Castle. 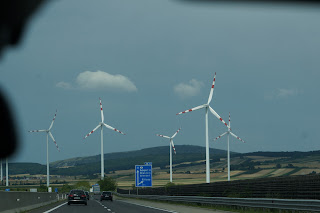 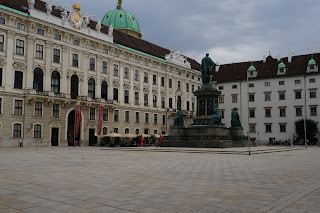 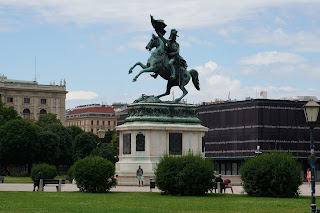 We spent the next several hours working our way back to the dock. 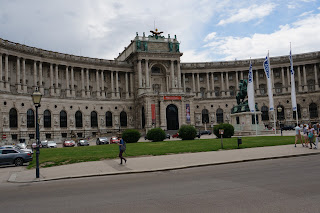 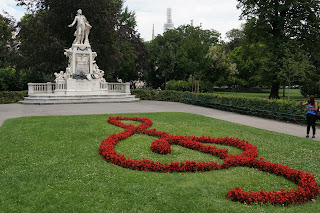 We found an area that celebrated Mozart. 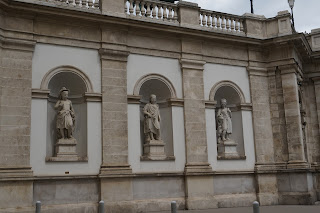 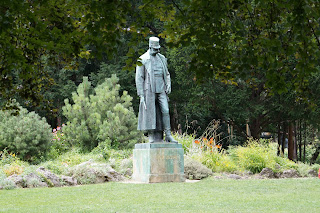 A statue of Franz Josef 1 of Austria. 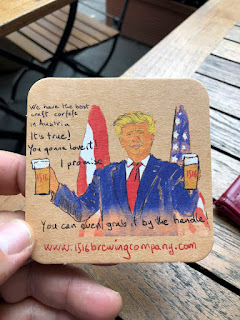 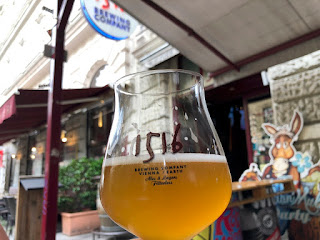 The 1516 brew pub for lunch –I had been there over 6 years before and it was still good. 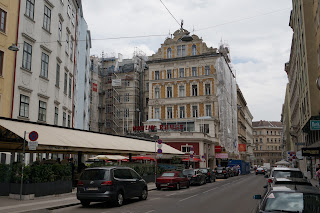 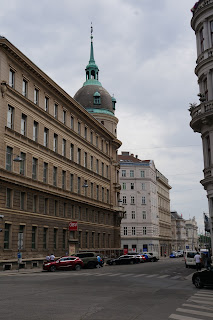 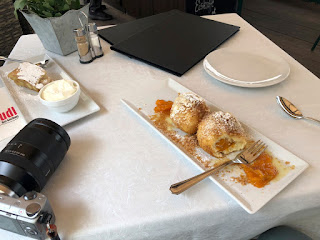 Another little restaurant for dessert - apple strudel and apricot dumplings. They had a sign that said they had lemonade but alas they didn’t. They did have

Being a Sunday many of the shops were closed but it was fun to see the architecture. We made it in plenty of time to take the high speed boat back to Bratislava. 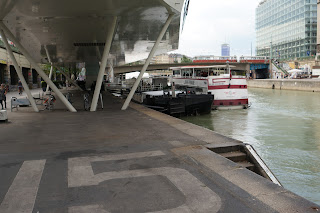 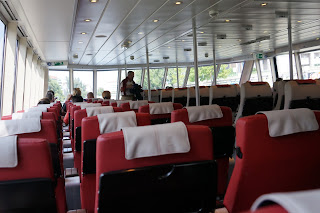 We did get to see some interesting fishing cabins, and two (three?) castles on the trip. 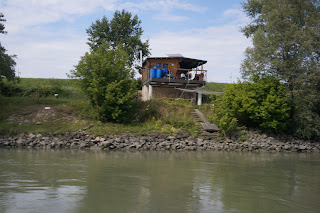 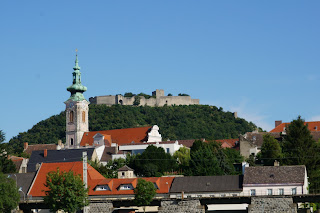 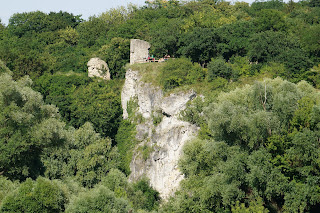 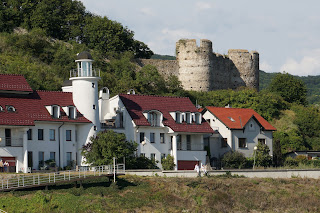 This time we walked back to the hotel, stopping in again at the Unorthodox bar, to have a couple of beers and purchase some fantastic souvenir shirts. 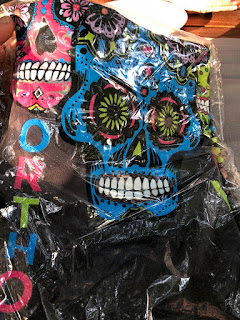 Chatted briefly with brewer/owner Vladimir, and the shirts were gorgeous.

We checked and decided on the CARNEvalle restaurant. It was not inexpensive, but it was one of the top 5 steaks I’ve ever had. To put it in perspective, Ruth’s Chris was in the top 5, not its in the 6-10 category. 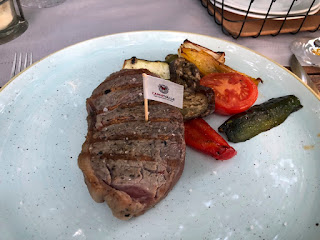 The beer was just okay, I am always saddened a bit if high-end restaurants focus on wine – which they have traditionally - when there’s a whole range of beers that would’ve complimented a great steak. 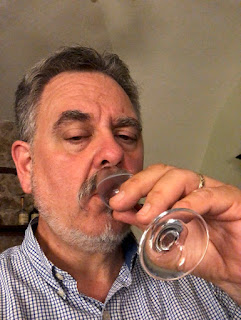 Tomorrow – Yugoslavia. I mean Hungary. For some reason I have a mental block where I keep mixing up Hungary and Yugoslavia.

Posted by Beeriffic at 1:19 PM