Abbey or Trappist beers are typically monastery-brewed, often with odd strains of yeast and potentially unusual ingredients. These act to impart flavours, colours, and aromas that are unmatched and unequalled. Usually. 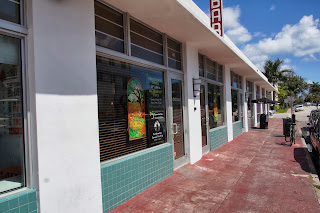 So when a sort of unassuming place says "Abbey Brewing" you have to say to yourself,  that's a high standard to live up to. I mean, "Fred's Brewing" is a perfectly acceptable name, and said name will not make you have any high hopes or expectations. But Abbey? 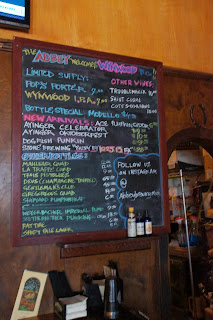 Initially greeted by Carlos and Jerson, and advised to order food from any of the places nearby. Called up for the chicken saltado from Suviche's, which was delicious. Service was  warm and friendly, and some welcoming people came in, including this cute service pup. 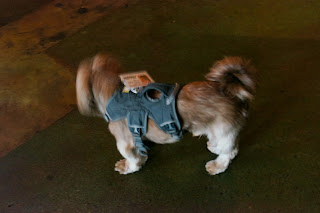 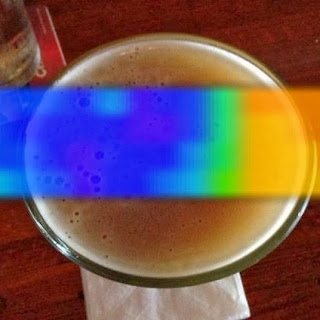 Spoke to Ray the brewmaster, and let him know how impressive his offering were. Most brewers are humble when given no faint praise, but you could tell he was a man proud of his work. He has even helped Wynwood, which is also very characteristic of the brewing world.