Or another title might be "Under the Wicked Spell".  As Wicked Weed had some really nice beers, we had to go back again, after a manly breakfast, 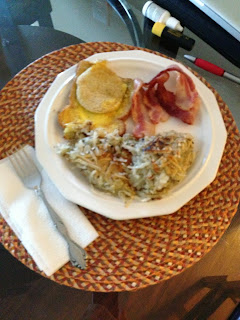 to conquer (or be conquered by) the various and Sundry choices available. 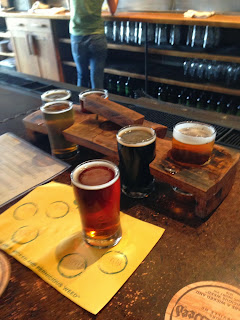 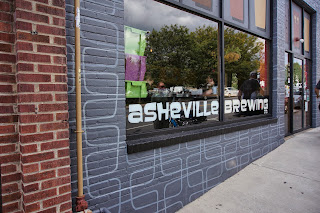 Asheville Brewing was the next stop. Turns out there are actually two breweries, this one is the one on Coxe avenue. 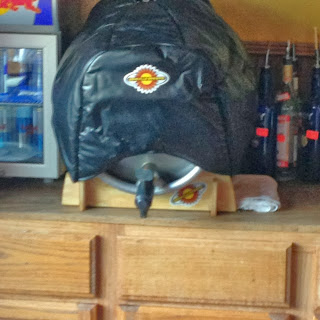 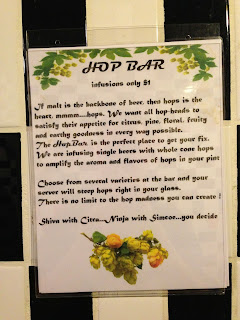 Although we did not try it, they offer "hop infusions" to get some extra humalones into you beer!

After this it was right around the corner to a relatively new brewery - Hi-Wire Brewing. 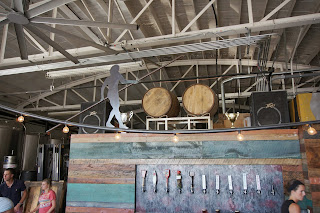 It was here we also ran into a tour group that had been at Wicked Weed. Chatted a bit about the beer scene and the history of what was brewed at this location before Hi-Wire. 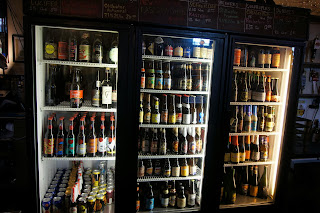 Spoke to some beer nuts from CO, as well as a person from Dark Horse brewing in MI.