When looking for a beer bar, there is good and great. A really good - possibly great - beer bar in Miami is Sharky's. Did not try the food (although it looked nice and may go back later) but they serve flights! SO let's say 92% of the way to great, you decide on the food based on other reviews. 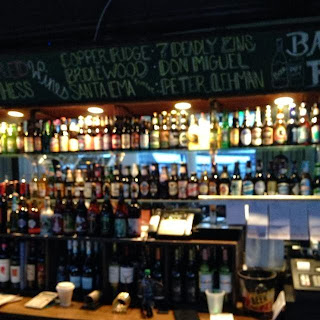 Wonderful friendly staff, and accommodating with the flights, even though they were pretty busy. Tried the following brews: