Viking River cruise, Basel to Amsterdam. Today was mostly a tour of Basel Switzerland, via both tram and walking tour. 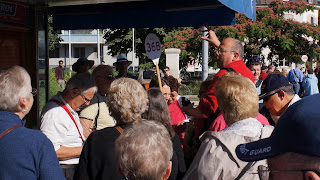 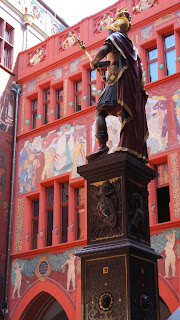 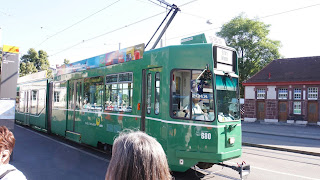 The Tram was actually rented out by Viking, which was quite convenient. As luck would have it, we traveled some of the same routes.

The guide was extremely knowledgeable, both on the sights and history of Basel and Switzerland.

We also had a mystery solved, in that what we thought - from a distance - was a boat flying a large kite. 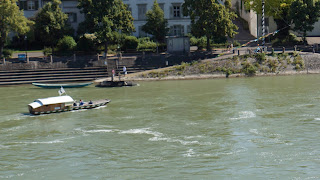 It turns out there is a cable across the river, and the ferry steers towards port or starboard; crossing the Rhine with no electricity. 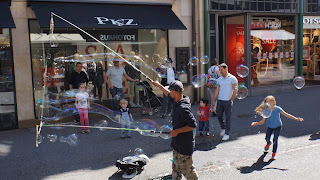 There seemed to be a lot of graffiti around the city, which oddly enough was in English in many cases. 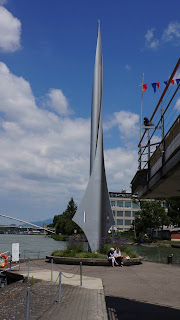 Near where the ship was moored was a spot where Switzerland, France and Germany come together.

Dinner was fantastic again, followed by our first-ever trip through a river lock. I have seen river- and canal-locks before, but never been in one. 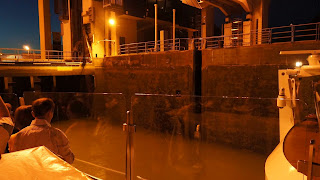 It's a bit disconcerting to see the ship appear "sinking" as the walls rise up beside you! 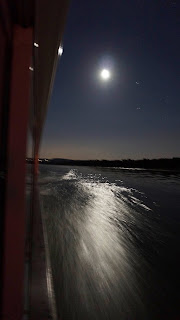 During the night we will be cruising to Breisach, Germany.