Had the pleasure of attending a splendid surprise birthday party for someone, made more splendid as said surprise party was on a Cape Cod train, and even more splendid the seating was in the air-conditioned dome car, and unbelievably splendid was it was a beer train ride! 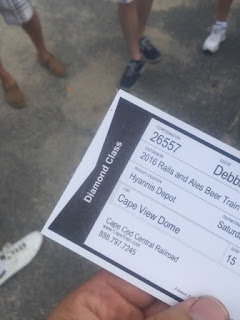 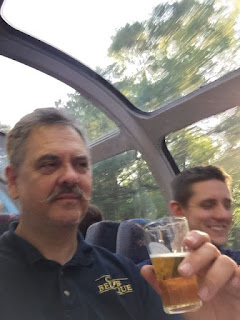 The menu included matched tastings with the beer. 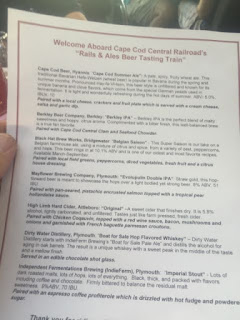 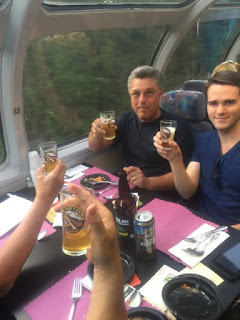 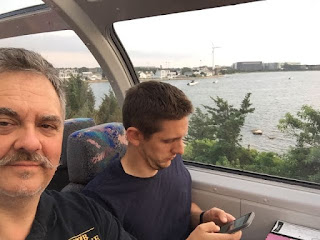 The food pairings was really good, and the train ride - including across the Cape Cod Canal - was a unique experience. 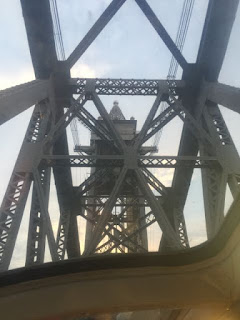 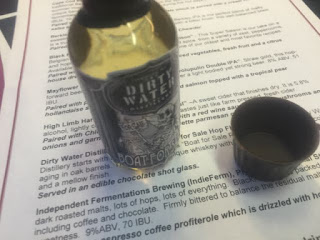 Besides beer there was also some hard liquor (whiskey derived from beer); and some cider. 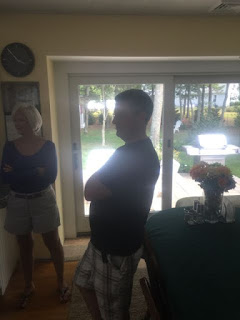 And the best part was the "birthday boy" had no idea there was a surprise party; and when he figured that out ("I see you too were just 'in the area'"), he still didn't know there was a train ride with beer & food planned. 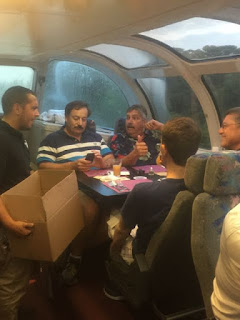 There were at least two other folks on the train with a birthday, and this of course led to a rousing chorus of "Happy Birthday to You" (now that the copyright is invalid!) 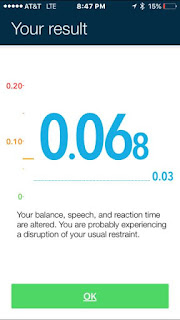 We had decided to have a weekend at the Cape, so the next day it was out shopping, and of course beer drinking as well. Had brunch at the Keltic Kitchen, there was about a 30-minute wait, but it was well worth it. 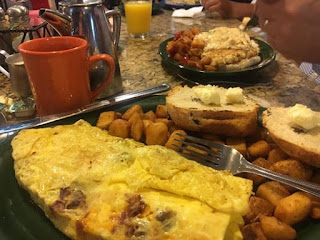 At the Sailing Cow in Dennisport enjoyed the following beers. 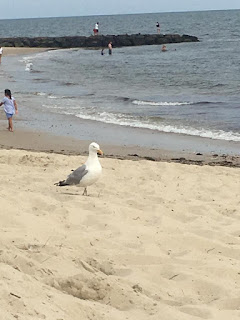 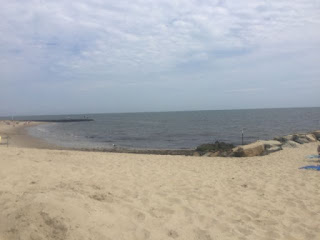 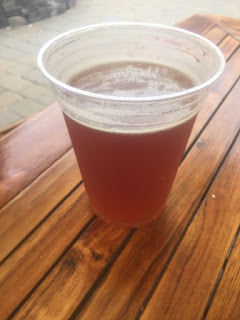 True to form this weekend, when looking for a cup o' joe, I was informed that the coffee shop had no coffee!

Now parenthetically, this reminds me of the "Chili's story" that took place in a Chili's in Atlanta's Hartsfield-Jackson airport a few years ago, where three of us popped in to Chili's for a small snack. Now granted there was a lot of air traffic backed up, due to weather delays as I recall. I wanted a small bowl of chili, and in this case I was politely told there was no chili. I did mention to the manager that if your name is "Chili's" there should be like an emergency supply of canned chili, so that the very last thing you would ever run out of - in this case - would be chili. I suppose such should be so with coffee or award-winning chowder. 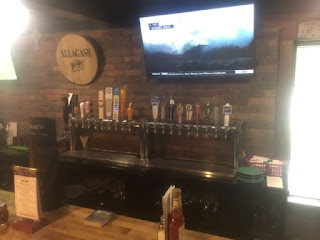 However as you can see, Fathers Kitchen Taphouse had some excellent beer choices. 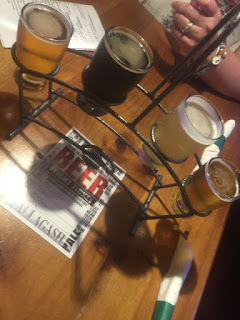 They have a nice menu system for ordering flights, the pizza was excellent, and the prices were really fair.

The next morning - breakfast at the Mills in Marston Mills, then back to the real world.