So we decided on a Rhine River cruise, and based on info from friends and the Web (in that order) we selected Viking. Should

Left the house evening of 7/13, with a limo ride to Logan, left Boston to Heathrow on the 10:00 PM British Airways flight; had a nice time in the "economy plus" seating. 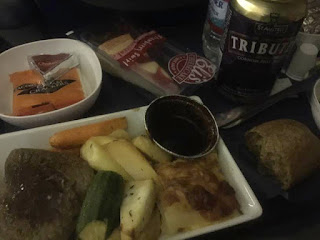 We had a fairly long layover, then to Basel, arriving 7/14 evening. Altho not complaining as our travel agent found a deal with airfare included! 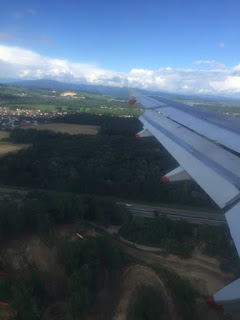 Checked into the Hotel D in Basel, which is really a nice 4-star hotel near the river. 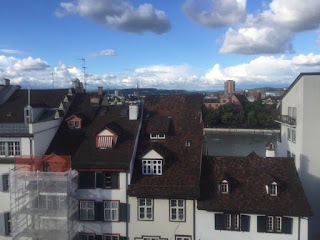 The room is very modern and generous, the view is great, and it was a short walk to the café Lällekönig. This is the type of place to go for local flavor. Very little English was spoken, so it was iPhone for translation and very basic knowledge of critical German ("Wie lautet der name von dem brauer?"). 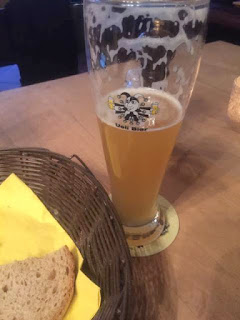 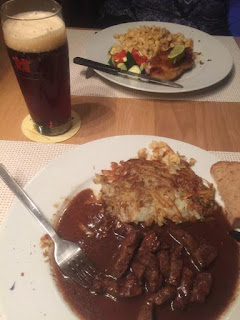 Very good food: had the calves liver and CR had the pork cordon bleu; the Spätzle was obviously made by hand. With love.

Also did pack some beers; this time the neo-classic Spencer Abbey as well as some Lawson's Sip of Sunshine. And did pick up a BACtrack, which works with iOS and supports Apple's HealthKit protocols. So I can now track my heartrate, steps and BAC via my Apple Watch. Plan to be at a daily average of 70 BPM, 5,000 steps; and 0.06%, respectively. 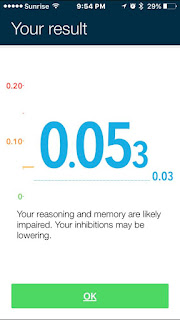 One thing we tried differently was renting a WiFi hotspot, which connect to the 3G/4G/LTE network and gives you a WiFi node. It worked swimmingly the first evening, once we figured out "connect via Web and be sure it says 'Vodaphone' if not edit the APN to say "vodaphone.it" (WHAT??!!). but this AM there's no connection. I'll reserve judgment and/or vilification one I speak to their tech support. In California. only there 8:00 AM to 5:00 PM PST. For a company servicing global travelers. And the tech support link from their email goes to a dead link *sigh*.