Posted after getting back home. Last day on ship. We miss her still.

Had a great morning with a canal boat ride throughout most of Amsterdam. Got to see a lot of the city, and learned that much is built on pilings, and some building lean more than other. 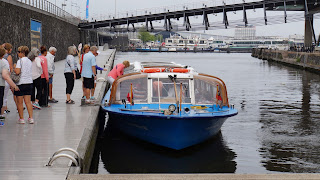 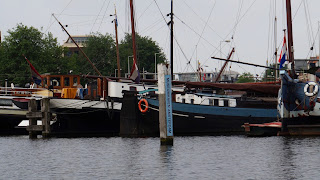 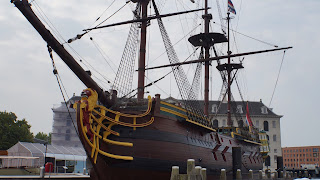 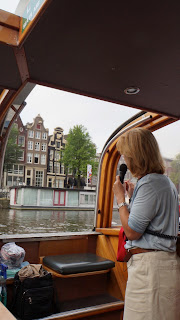 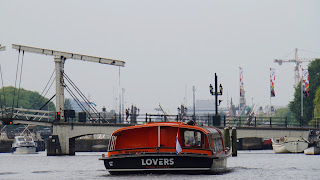 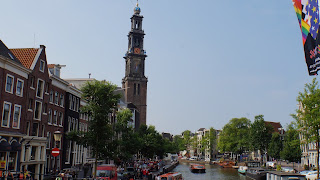 Like this church is not shot with a tilted camera, the camera was as close to level as possible. 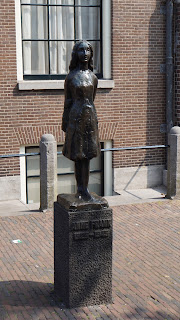 We saw where the Ann Frank museum is, however it is sold out in way advance. 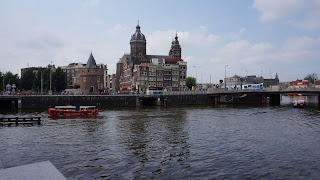 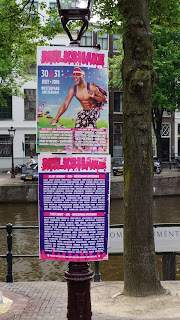 Also stood on a pinkish granite triangle - the Homomonument. 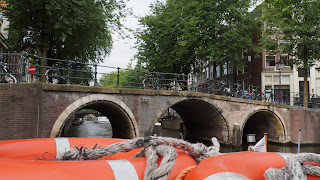 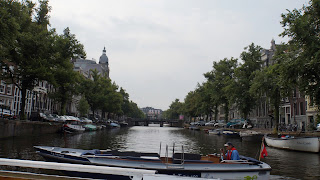 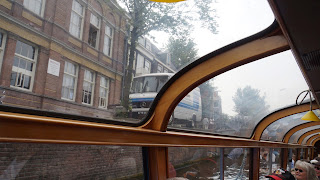 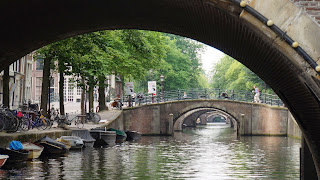 After the canal tour, we walked around a bit. Got to try some herring during a walkaround. 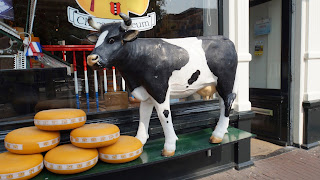 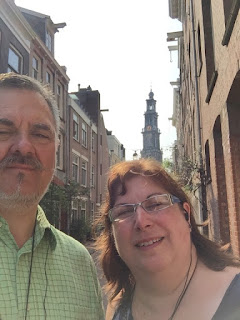 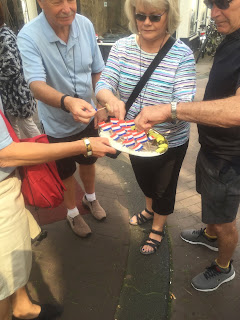 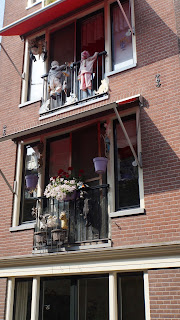 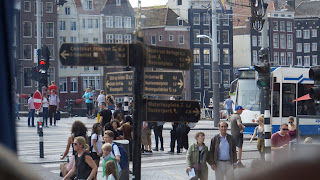 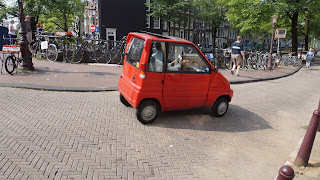 Saw a couple of these tiny urban cars, perfect for a city that is very bicycle-friendly.

Went back to the ship for lunch. Then ventured out by myself, starting at the fabulous Beer Temple - Nieuwezijds Voorburgwal 250, 1012 RR. 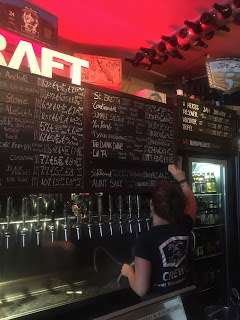 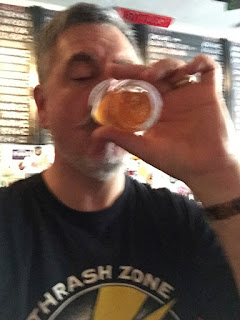 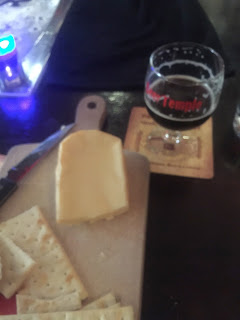 Also chatted with a person who sometimes works there; and has an American boyfriend who works at a Belgian brewery. They were on a US beer tour earlier, and she said that Sip of Sunshine was one of her favorite American beers, and I said I'll bring one over, probably the next day. Bartender Oscar said to try another beer bar - Arendsnest; I reassured him it was "on the list."

Headed back to the ship for dinner. And an interesting thing happened. So here's the best story - so far - of the vacation.

I took a pedal-cab back from downtown Amsterdam to the boat, as it was a bit late and I was tired. However, unknown to me, the driver ran 3 red bicycle traffic lights (which they have in Amsterdam) and was pulled over by a cop. 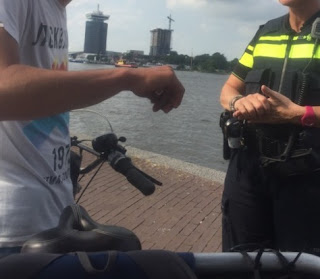 She was originally going to fine him a very large amount for the infractions (note photos are cropped for privacy). I looked at him and winked, and said how it was my fault, as I had asked to get to the ship in a hurry (which I hadn't). The officer admonished me that I should not have done that, and asked if I was a tourist. She then reduced his ticket. A lot.

As we drove away, my driver - who was a strapping young Italian lad - thanked me profusely. Then, when he was stopped at a light, this mid-30s DILF ("D" for "Dutch woman") asked him if he wanted to - after dropping me off - come to her place as it was nearby, and maybe have a swim to cool off! 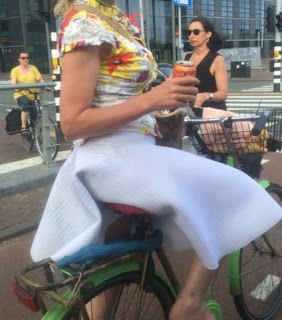 He said "yes" and pulled down the street near the ship. After paying him, I also gave him €50 towards the fine. He said he cannot take it; I replied that I am not rich, but that I know how hard he will have to work to pay the fine, and consider it a lesson learned.

He thanked me profusely and after giving me a big hug, he said something to the effect that he didn't know if he should go to church and give thanks, or go see the lady (who I could see was still waiting at the intersection).


I said he could go to church anytime, but the lady he should see now.


He accepted my sage, Solomon-like wisdom, and sped off to his rendezvous.

I was still laughing an hour later at dinner onboard the ship. 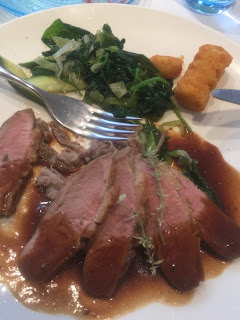 Several of the ladies at out table - after I related the story - said things like, "I bet she could teach him a thing or two!" 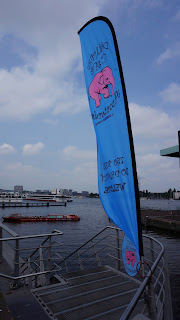 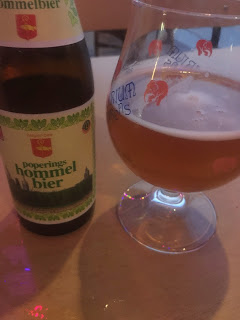 Back to the ship for one last night. 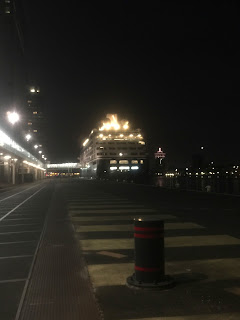 Posted by Beeriffic at 3:00 AM