Or it's 6 PM on October 6, 2012; at the Modeste Beer Festival at the De Koninck brewery - do you know where your drinking buddy is? 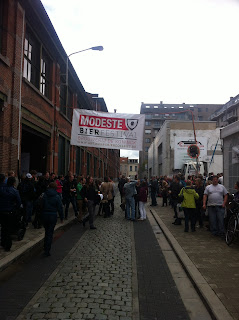 The city of Antwerp has some of the best beer bars in the world: Het Kathedraalcafe; Kulminator; t' Antwaerps Bierhuyske. So it's hard to imagine how it could be any better.

There is an easy answer - Modeste Beer Festival 2012 at the De Koninck brewery. Many are small breweries, pico breweries really. A full list is: Au Phare, Bavik, Bocker, Boelens, Bosteels, 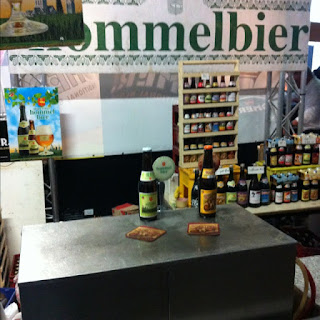 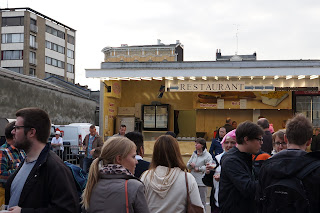 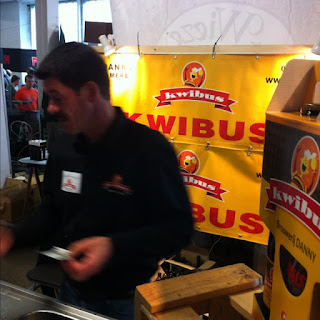 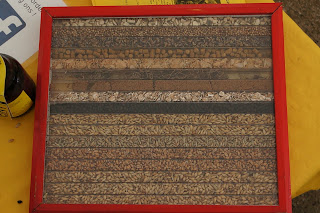 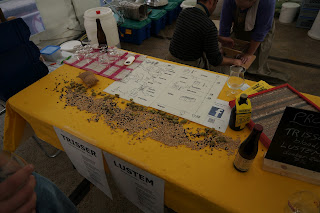 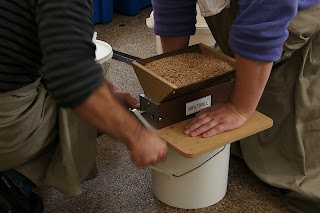 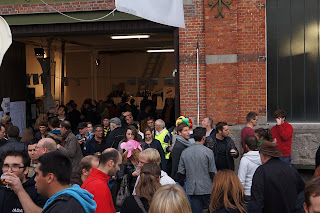 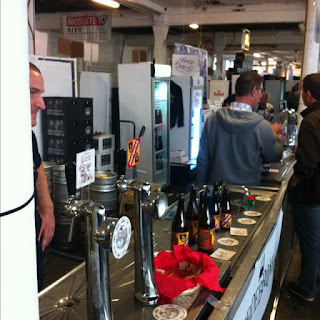 Roman, ’t Paenhuys, ‘t Smisje, Timmermans, Van Eecke, Wieze. Note we do not believe any Club-Belgique member attempted to try them all, as has happened in the past. 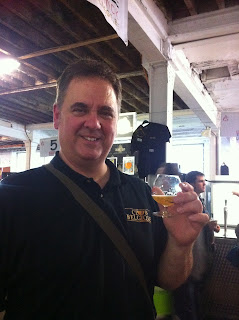 The festival was - as always - awesome. De Koninck was quite charitable to allow dozens of competitors to have space in their bar. There was a horde of beer fans, enjoying all manner of good beer, good food, and overall good camaraderie. 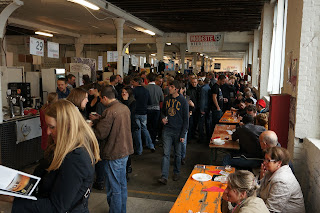 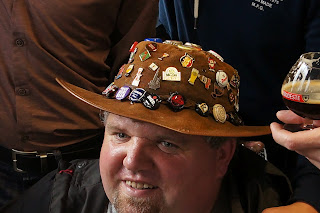 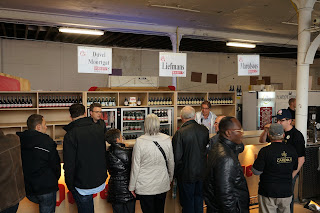 We did pass out Club-Belgique branded bottle openers, as a way of getting the name out there. Many brewers were somewhat surprised, and they were told it was just a way of our saying "thank you". 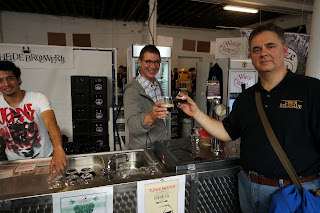 Some of the highlights included the De Koninck marching band, as well as several beers that were new and not on Untappd. 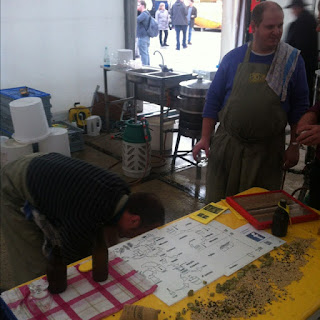 We also met several like-minded people from smaller "second-tier" websites, so we will see what develops. The beers personally sampled at the festival were: