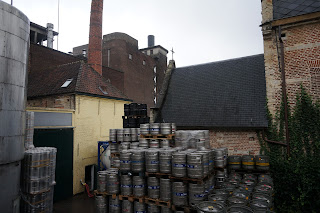 The price was very cheap, and had the benefit of a nice restaurant. They also had a bar of course, with almost all the beers on tap. As befitting such a hotel/brewery, they also had beer in the lobby vending machine. 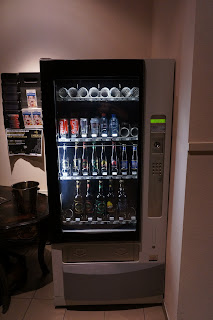 After a dinner of stoofljis and frites (with mayo of course) - and some water for hydration - we began sampling their beer. All were very good, with a few standouts and comments. Beers tried in order were: 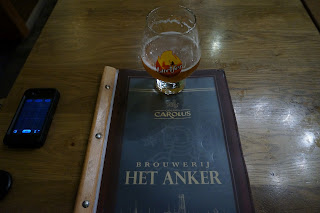 The Goudon Carolus Classic - a Belgian dubbel - was an absolute top shelf beer. Dark, caramel, robust - it had won some recent award for best beer. Maneblusser was another fantastic ale, woops - lager.

There was also a good philosophical discussion among some of our members about how to judge beers and beer types. One view is that beers should all be very good, or don't drink them. 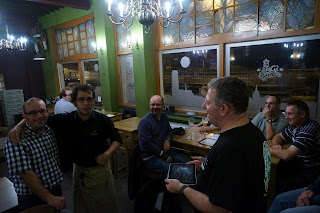 A contrasting view is that a beer - such as a Belgian Fruit Ale - can be very good in it's own category. It may be truly repellent when compared to a Belgian Tripel, but it has to stand on its own. 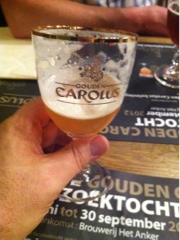 As such, it is recommended to enjoy whatever beer you want.
Posted by Beeriffic at 6:37 AM