Sometimes it is hard to keep these blog posts, and for that reason we have some items out of order. At the time it seemed to be more important to get the Modeste Beer Festival write-up done, and we knew we'd get to some earlier stuff. I did figure out that a good technique would be to use Google's own Blogger app, and just insert a 10-word placeholder; so the date would be fixed. [from 2012/10/4] 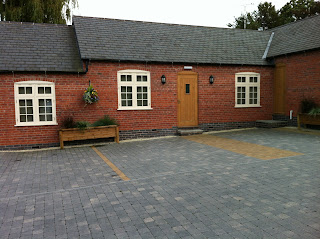 Before leaving for Belgium, we stayed at the Royal Oak in Longwhatton. We chose the Royal Oak as it has some carriage stalls converted to nice designer bedrooms. Also they offer gourmet fare for dinner, at a fair price. 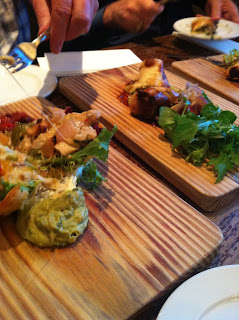 Now to be devil's advocate, they had some decent ales, but nothing that we would kill for. Fortunately we brought some of our own, to try with dinner. We did ask the bartender if that was okay; there was no problem with that. 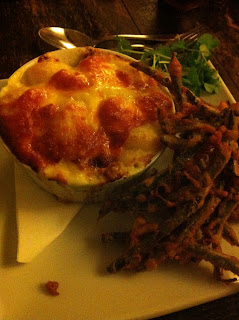 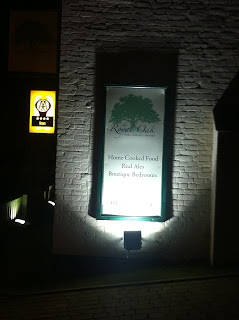 We then left to walk down the road, past the Parish Church of All Saints, to the Falcon Inn. 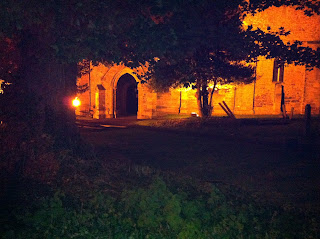 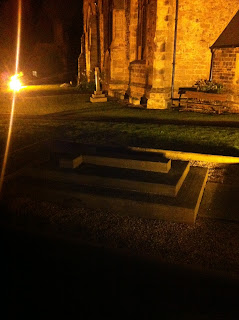 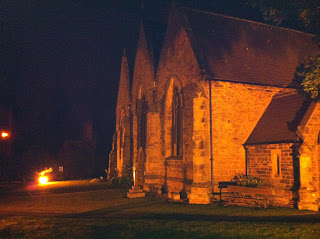 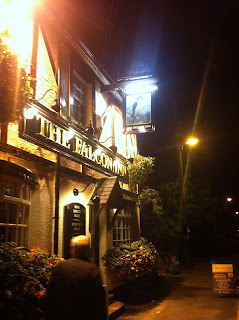 We chose this as someone really likes scotch, and the Falcon has quite a good selection. When we got there, we were not disappointed. However, we were soon to be surprised. 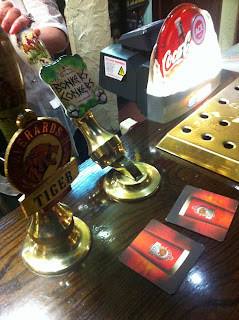 There was only one beer to try - Bonkers Conkers from Westgate [#3,222] - so we settled on scotch. The owner brought over some samples, as he educated us on the finer points (pints?) of scotch drinking; whereby 2-3 drops of water added act as a co-solvent. It was not subtle! 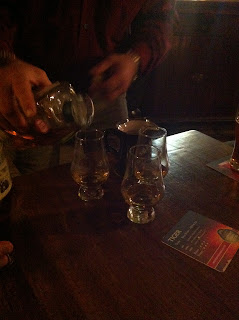 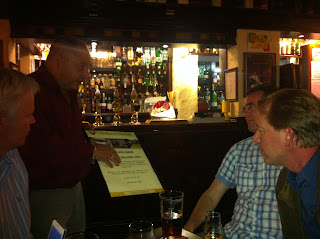 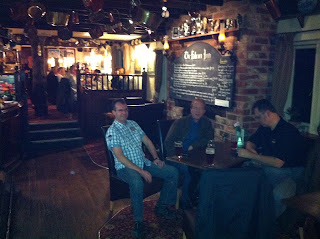 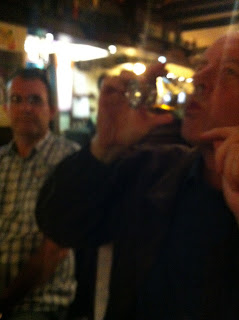 As the evening wore on, the owner chatted with us about where we were from, as well as what we like to do. He did mention about a pigeon shoot; while unbeknownst to him someone with us was the North Carolina skeet shooting champ from sometime last millennium. 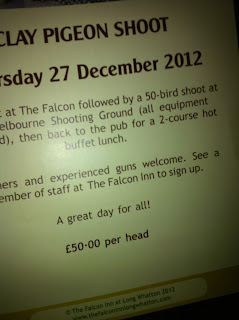 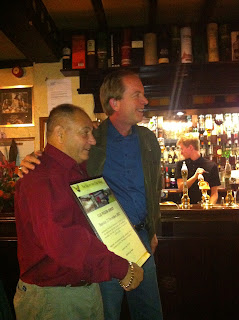 Well, you'd think someone found their long-lost son! There were also quail served as an appetizer - gratis - apparently just shot that day. The seasonings were an ancient Lebanese secret, from the owner's mom. 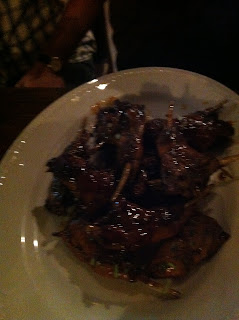 Apparently next time there, in the evening or weekend they will go skeet shooting and drink more scotch; hopefully in that order. 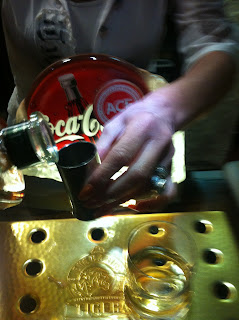 And that, my friends, makes for a great business trip.
Posted by Beeriffic at 2:30 PM