It's not often one finds a beer not listed on Untappd.com; moreover two! We experienced this singular pleasure this evening, while stopping into the Concrete Cow brewery in Milton Keynes, UK. 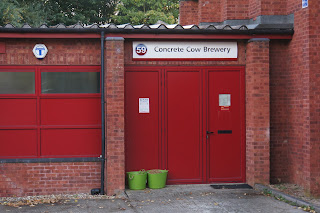 Owner and Brewmaster Dan was more than happy (hoppy? I say that as all beer names were beer/cow wordplay) to open a few and let us taste them. 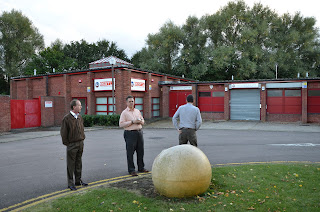 Note a rainbow did guide us, so we knew it would be a good day! 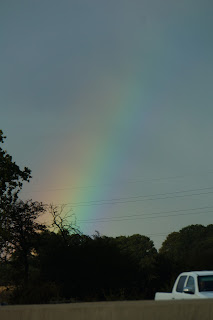 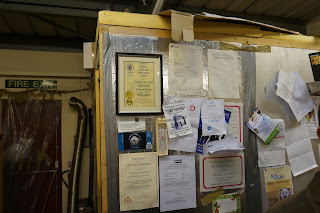 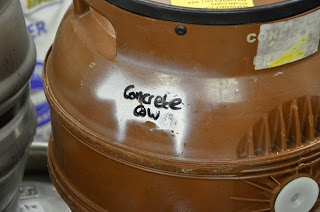 Now beer #3 - Bitter Bull-y - presented a challenge, as Dan would not initially say what it was, nor the ABV. He wanted my opinion on the beer as a whole, and fancied I guess as to the ABV (alcohol by volume). 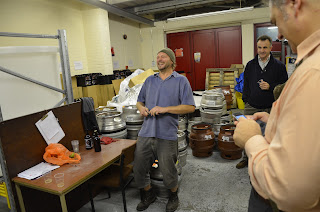 I was with 6 friends, so the pressure was on! I mean I consider myself good at rating beer, but even when judging a beer you may know the type. I was able to discern a quite rich, malty, almost biscuity aroma and taste, with a pleasant bittering, which led me to believe it was an English bitter, possibly a Special bitter; probably 5% or 5.5%? 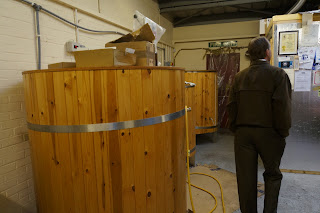 Dan said that was partially correct, it was a bitter with extra, extra malt added to give it that malty, biscuity, toasty taste. However, it was only 3.5%; Dan did say that his deliberate malting was to give the beer a taste and mouthfeel like a stronger ale, so I guess he felt my comments were accurate. Quite an impressive bit of legerdemain, BTW.

Dan and brewers like him are the reason that web destinations like Club-Belgique exist. Concrete Cow is obviously no InBev, as far as size of operations, but the brewmaster takes a singular pride in crafting beers that contain his metaphorical blood, toil, sweat and tears; crafting superlative products that we - the beer-drinking public at large - quaff the richness.

And for that we thank you.
Posted by Beeriffic at 3:40 PM