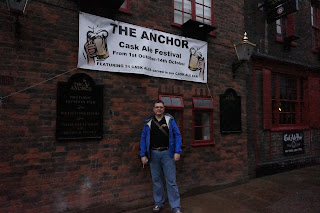 For those who do not know what a cask ale is, it's an unpressurized ale that is hand pumped and delivered to the glass from the bottom up. It is also called a "hand-pulled ale". 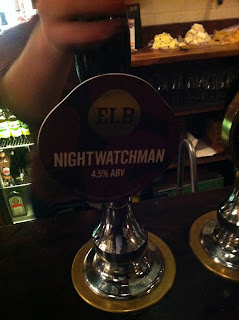 After arriving early, early Monday (as opposed to Sunday night - thanks Delta) I met up with some folks and headed out. First stop - a proper traditional "English breakfast". 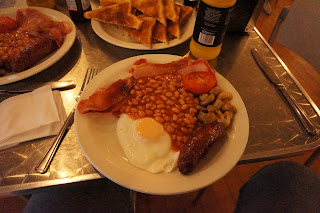 We then set out to see the Tower Bridge, as well as the waterfront near the Thames. 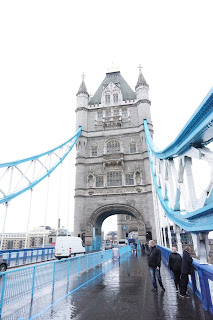 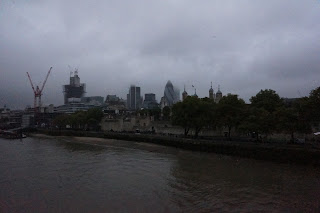 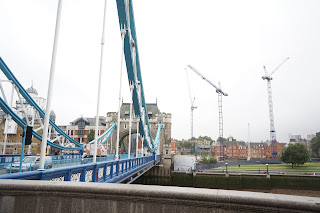 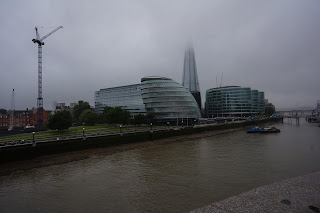 We ended up at the Barrow Boy and Banker, and tried a 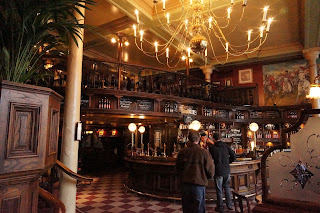 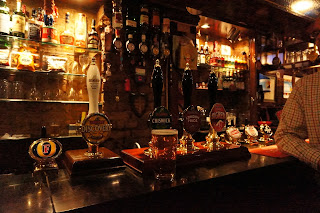 The best part was that we were staying near the Leadenhall Market, considered to be London's most beautiful Victorian Market. 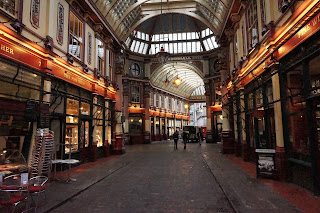 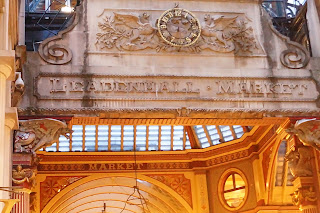 Built in 1881, it is also the location where some of the exterior Diagon Alley scenes were filmed from the Harry Potter films.

Even better was a cocktail hour at Old Tom's Bar 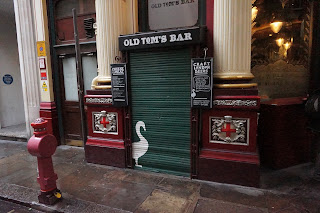 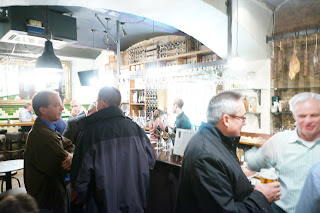 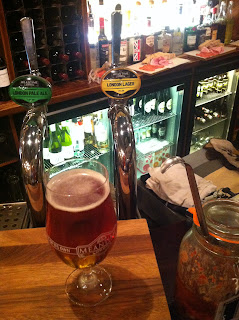 and then dinner at the Lamb Tavern. 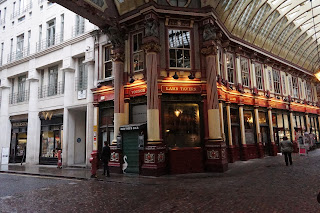 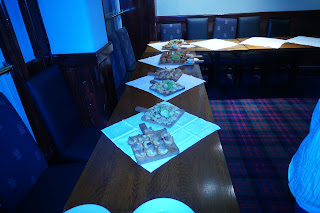 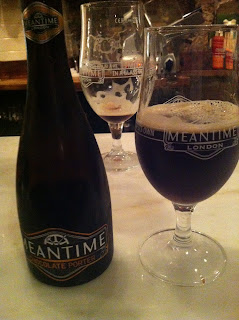 Dinner was apparently well-received, as there was a plethora of choices of typical British fares, with some Indian food as well.

Good times by all.
Posted by Beeriffic at 6:42 PM