Not exactly atypical weather for Liverpool England; cold, rainy, a bit of a breeze that could chill you to the bones. 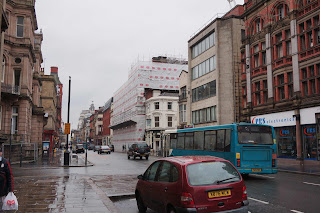 And what better way to spend the day, then sampling some of the best British (and other) beers at CAMRA-rated pubs. 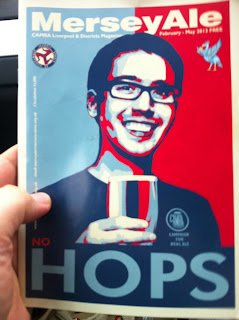 After a quick ride on Bus #248 from Merseyside, the Vernon Arms was the first stop - a bright, clean pub on such a dreary day. Besides the requisite ales, had a great conversation with a local gent. Mostly about what one does for a living, the cost of everything, etc. The guy had a great story about when he was a commercial diver living for a while in Tenerife in the Canary Islands. 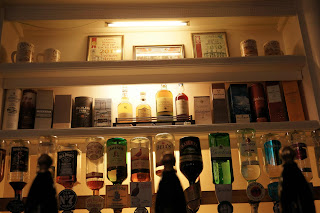 He was also teaching tourists how to SCUBA, and spoke to a lass who was from the same county he grew up in, and now worked as a Chartered Accountant in London. They apparently "clicked", and once she went home, she wrote him a few postcards (this was back in the day when people used ink, pens, stamps, etc.); however the girl never put her address on any postcards. He had to go back home to renew his passport, and while there stopped into his local pub. You can guess who stopped in with her friends. It sounds like a cheap romance novel, but they apparently decided that kismet had plans for them, and they were married decades ago, and still are today. 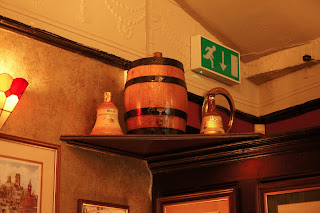 From there to the Globe, 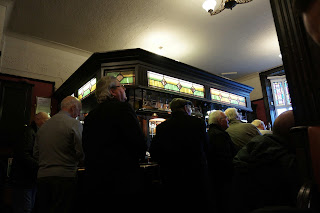 where the ales (note so far all of these were classic English "had-pulled" or "cask" ales) included:
Titanic - All Aboard (bitter)
Weetwood - Mad Hatter
(#3,600 for MR, but a bit of a disappointment overall, as it was very thin) 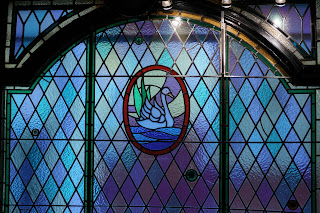 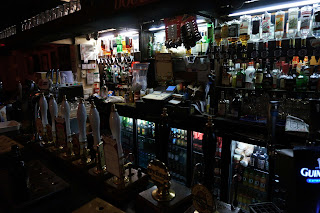 Note that the Swan had the best commemorative bar plaque ever seen by man. Apparently on that date, "Big Al" - chair and all - fell through the floor! 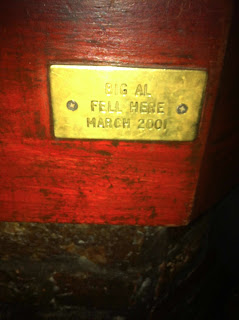 The Belvedere is another CAMRA-rated pub, and the best pace to meet a proper Liverpool scouser. 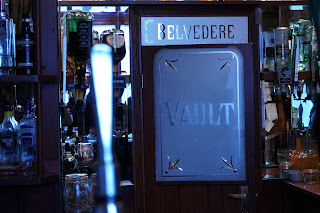 Had a small cheese plate to curb some hunger, as well as:

The next place was the 2012 CAMRA pub of the year - Roscoe Head. 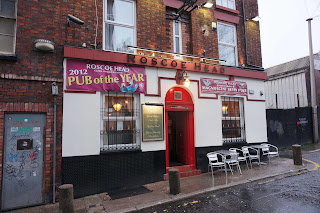 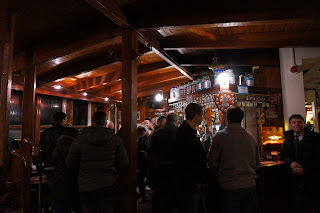 Saving the best for last, the Ship & Mitre offered a host of beers, some great food as well as some end-of-the-evening camaraderie. Started out with two beers on tap that you can't pass up.
Brewdog - Punk IPA post modern classic pale ale (full name)
Brewdog - 5 AM Saint (amber) 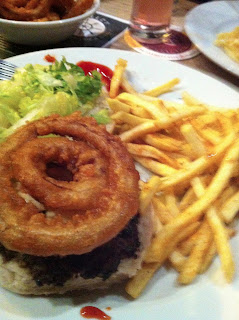 Then it was dinner time, with a great lamb burger. Service was really quick, and the food was fantastic. Also had a nice conversation with some local gents. Although not ale-imbibers (generally Jack & Coke) we all had a great chat. We did learn that one of their companions looks 41 but's only 24, which caused much jocularity. Continued with:
Waen - Blackberry Stout (as good/bad as the name implies, depending on one's tastes)
Erdinger - Weissbier
Conwy - Scrum Down (golden)
Wyre Piddle - Piddle in the Pub (bitter) [#3,619]

Would've stayed later, but fatigue from jet lag was too much for even Red Bull and Adderall to assuage.
Posted by Beeriffic at 1:30 AM