Contacted Phil at the Long Dog brewery in Baskingstoke, and he said he would be in at the end of our work day. His brewery had been visited a year before, but he was not in at that time - fortunately the bar down the way carried two of his brews. 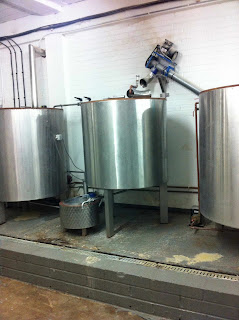 Longdog brewery is located in a small industrial area, sort of shoehorned in at the end. Befitting a small volume microbrew, it's a modest setup; however there is a good bit of room for expansion. As one would read about on Longdog's own site, the owner had been brewing beer for years, and made the leap to commercial production a couple of years ago. 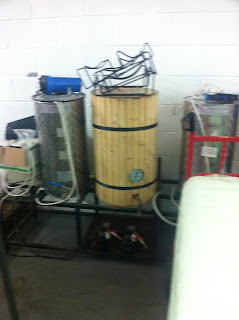 One can state almost uncategorically that chefs, bakers, and brewers are full of almost boundless pride for the quality of the comestibles they produce. Phil enumerated several of the awards his brews have won recently. In fact if you want to commission a very small batch for a special occasion, there's a small test/pilot batch operation available. Did pick up some bottles of Golden Poacher and Lamplight Porter for later. 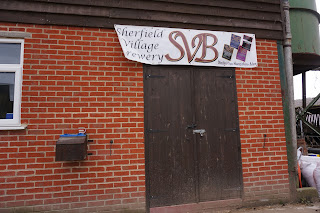 Were also able to contact Peter at the Sherfield VillageBrewery at Sherfield on Loddon and stop in. Sherfield Village Brewery is located on a small farm area, as a tenant of a separate business; and not part of the actual farm. What was decidedly odd about the area was a warning sign - the meaning became apparent when the army helicopter churned overhead. 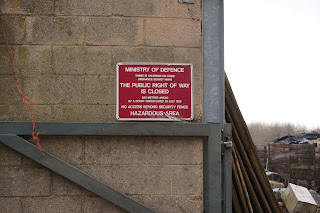 After that shocking surprise, we had the pleasant surprise of the actual brewery. A modest site, to be sure, but the brews brewed are anything but modest. 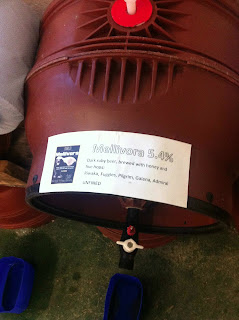 Some of the beers eschew traditional English hops, or craft interesting concoctions by mixing and matching English, US and New Zealand hops. Peter was a gracious host, and we sampled:
Wakatu (pale ale)
Hoppy Harrington (bitter)
Mellivora (red)
IPA 2012 (an IPA, from 2012)
Sherfield Porter
Brown Porter (from 2011)
Green Hops Special IPA (first time with a green hop beer)
Left with a bottle of Pewter Suitor to try 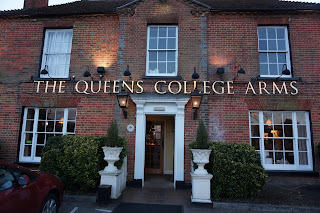 Stopped in at the Queens Cottage Arms, who is always good for a pint. Tried the decidedly odd
River Cottage - Stinger Organic Ale
which apparently uses nettles as the bittering agent. An interesting concept but the result was not too great. 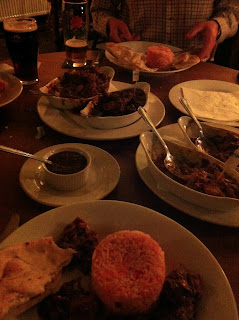 Then back to the White Hart for dinner. Spoke about beer and breweries with some of the locals. For dinner savored some really fantastic chicken, beef, pheasant and lamb curry. Besides dinner, also tried:
Bowman - Nutz (ESB with chestnuts)
Kozel - Kozel (lager from Czechoslovakia) and an
Erdinger - Weissbier  [#3,663]

After dinner a small cheese board and a scotch was the end of a long day. 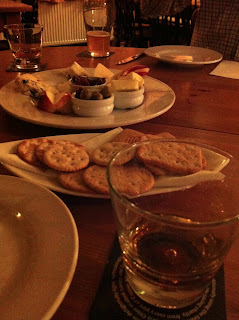 Posted by Beeriffic at 2:35 PM