As we were in Hemel Hempstead, stopped by the Red Squirrel brewery to see what was up. 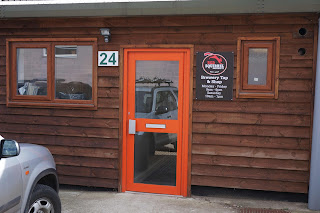 The place had a nice, new reception/tasting area. 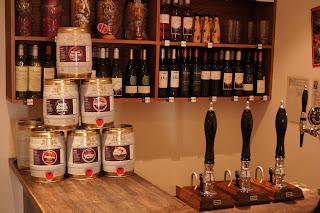 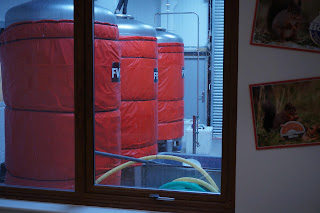 They are not bottling yet, and sell only kegs and "micro kegs" Picked up a Black Jack IPA, and tried their:
Black Squirrel (black lager; a new one for Untappd!)

Also found the Sherfield Village Brewery, but the brewer was out. Maybe tomorrow. 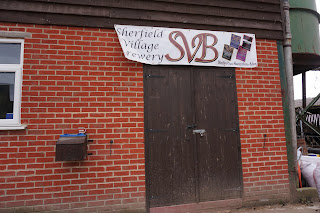 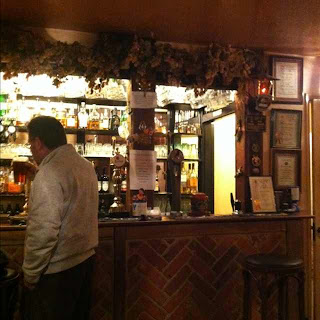 Made it to the White Hart for the evening. Now this place has a fantastic menu, as well as always good beers on. 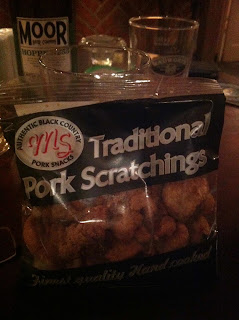 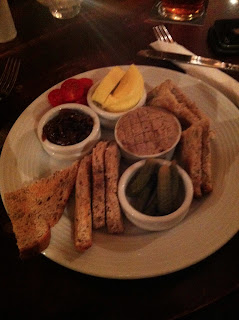 Enjoyed a small appetizer plate, and as a joke posted to friends that it was "rabbit, wild boar, and badger." 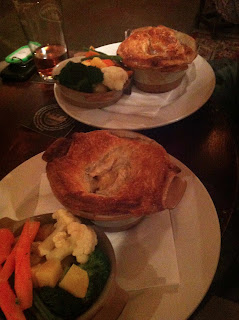 As it was so good, decided the best dessert (if you're a beer drinker) was another Moore Hoppiness with some pork scratchings! 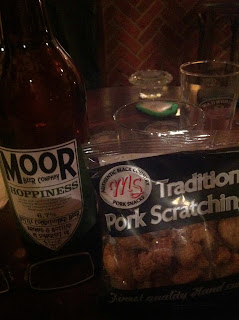