First thing in the morning – train to Częstochowa from Warsaw. It was a comfortable ride, certainly no Shinkansen, not Amtrak speed either.

Arrived at the Browar CzenstochoviA Hotel, a brewery/hotel/spa/restaurant. The room was amazing, sort of a neo-steampunk décor with a hint of H.R. Geiger. After settling in it was a short walk towards the city center and the Jasna Góra Monastery.

Stopped art Cleopatra restaurant, which was sort of a fusion of all Mediterranean styles. 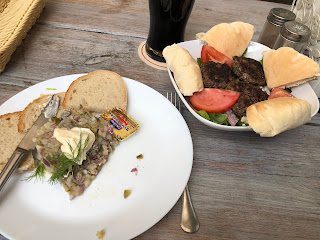 The herring was delicious. Also had the 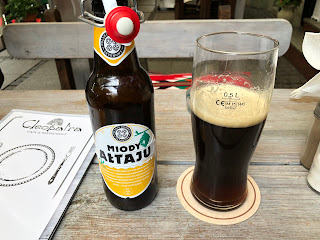 From here it was a short walk to the aforementioned Jasna Góra Monastery, home of the Black Madonna of Częstochowa. You can read about it on Wikipedia, but the painting is a relic that saved the area from Swedish marauders. 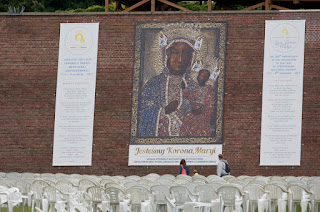 We did not get to see the painting directly (the image above is a mural), as there are set unveiling hours. The area is an amazing mix of different architectural styles, as the area was built up over the centuries.

Was also joined by a relative who has a flight from Munich delayed due to a power outage(!), but was able make it here from Krakow via taxi in record time! 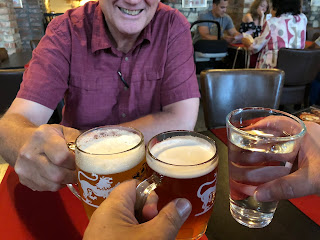 After dinner it was an another short walk to the Ministerstwo Śledź I Wodki (Ministry of Herring and Vodka), to have – oddly enough a beer or two.

What was slightly disappointing is that – once Google Translate helped us – the bar did not sell any merchandise! 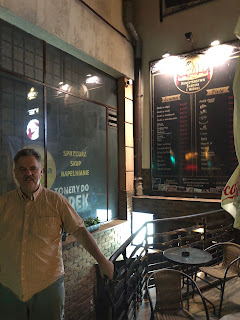