Had to go to NYC for a meeting. Was able to stay near two really good beer bars. First up was the Stag's Head on E 51st. 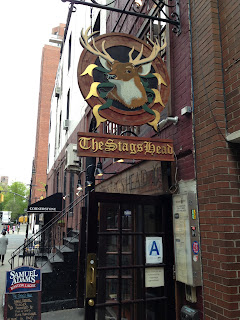 Started out with a good looking (and great tasting) hummus platter. 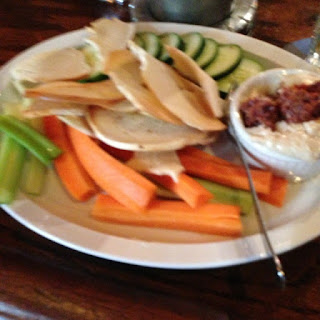 Had some really good beers as well, starting with:
Founders - All Day IPA [3,932]
Elysian - Rapture Heather Ale
(heather was used as a preservative in Scotland, until the brutal "cleansing of the clans" occurred)
Elysian - Omen Belgian Raspberry Stout [brewed once]
Elysian - Maelstrom Blood Orange Ale (Apocalypse series)
All the Elysians were very bold for both their styler and ingredients, and all were true standouts
Cisco - Island Reserve Rumple Drumple (smoked pumpkins, aged in rum barrels)

What was interesting to see how nicely the bartender treated a customer, who was either ignorant, being cute, or just an ass. He came in with some buddies, and asked if they "had any ales"? The bartender said politely "yes, most of our beers on tap are ales" - with a reply of "no, I mean ales." A basic ale was suggested - all were happy. A wink and a nod confirmed the bartender must go through this all the time. 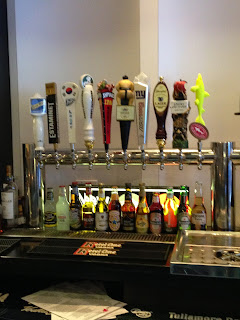 Spoke to a customer Dave, and he suggested if you wanted to sample some good Korean beers, try the Bon Chon. Now as many know, many Asian beers use rice, and are brewed as lighter lagers, so do not ever expect - for example - a pumpkin ale aged in rum.

Then to BXL, but I believe this was BXL West, having been to BXL East in the past. 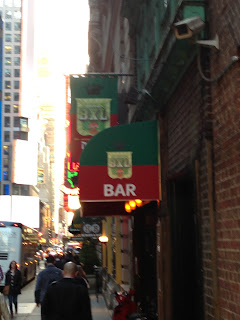 Had a great time chatting with a couple of folks, they shared their mussels and I shared the Lambic! 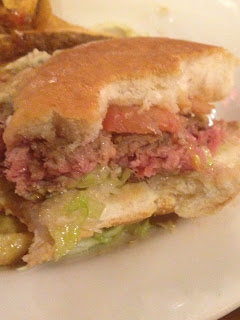