Every few years I travel to India for business; usually Mumbai and Ahmedabad. Now there are several interesting things about India, that you may or may not be aware of. 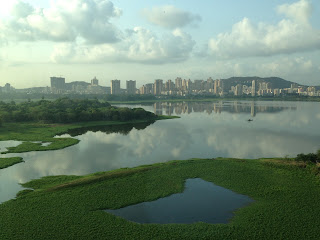 First, in late May, it is hot. I mean hot. But that's obvious.  Also, the spiciness of the food can sneak up on you; I mean it's delicious but if you are not used to it, watch out! 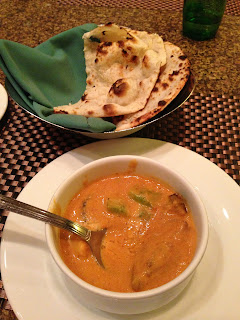 Also, I have been told that there is a tradition where Indians "treat visitors like gods" and they do. A great example of that was the weekend excursion to the microbrewery in Dombivli - Gateway Brewery. Now as a backstory, there is not much in the way of beer in Mumbai, there are large breweries, but (almost) no brewpubs or microbreweries, but that is slowly changing. And fortunately the nascent change was actually observable and palpable; lets see what it's like in 2-3 years. 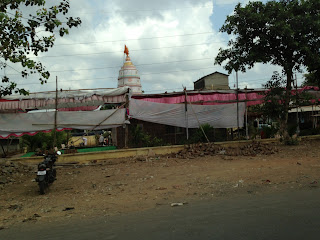 Anyway, on the way to Dombivli on May 25, it seemed like a cakewalk, as the driver - Santosh - said he was from the town. But as it turned out he did not know where the brewery was. Santosh did call one of the owners - Krishna. Well, he didn't just clarify the directions, he and some friends led us there. 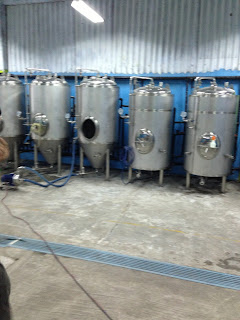 Along with an associate from Belgium - Jon, and his wife - we had the "rupee tour" and then had some sampling. 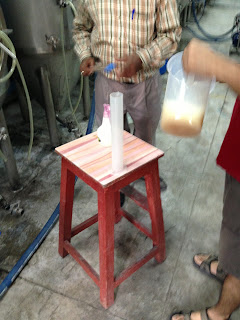 Very unusual for a small brewery, they have a spice roaster, where they roast their own grain. 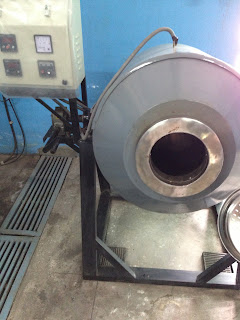 Was able to try the following, which will hopefully be for sale soon:
Like That Only - Pale Ale
White Zen - Berliner Weisse 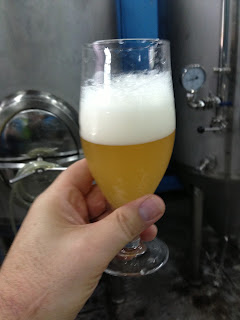 Like That Only "Batch 1" - Pale Ale
This was highly filtered which took some of the flavor out of it; but still great. Jon described it as "benchit" (sp?) which was Flemish(?) for "sister-f*cker".  Anyway, back to the beers:
Reclaim - IPA
It was interesting to try an IPA from India as opposed to one going the other way! As is customary, a gift was brought and - surprisingly - one was also provided. 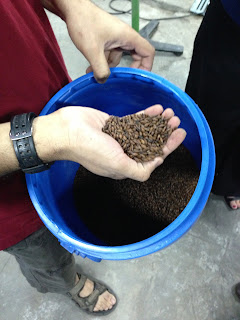 What a fantastic event, to be at the birth of a brewery.

After Gateway, it was a bit of a letdown to go to the British Brewing Company back in Mumbai. 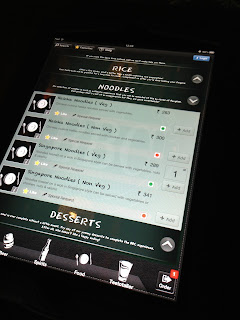 Although it will be a brewpub, it is not currently producing beer. What was interesting is that an iPad is the menu! With lunch, had a:
Kingfisher Draught in a pub can
Foster's Lager (brewed by Skol India) 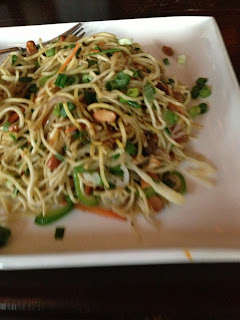 The food was very good, but the manager was asked why they aren't brewing any beer yet. They do have plans, but that hasn't happened yet. I did suggest that - should they want to carry a local microbrew - to call Gateway. Hopefully they can hook up and make some Mumbai beer geeks happy.

As a postscript, later we heard that BBC did contact Gateway; and as Krishna said it. "If you can make it all the way to our brewery, you are a true beer geek, Pleasure is all ours."

That night, back at the Renaissance hotel, dinner was at the fantastic buffet restaurant. 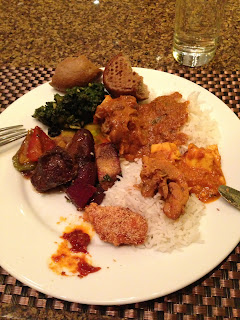 Some amazing dishes, many from different regions of India. Sampled the "not hottest" curry, and was inspired by an ancient Saturday Night Live skit to post the following on FB:

As he bit into the semolina-crusted chicken slathered in red pepper paste, he felt his lips immediately swell, then burst, showering nearby diners with blood.

His gums ignited, blackened, and peeled back from his jaw, exposing bare bone, which subsequently crumbled into ash.

Tears began shooting from his eyes with the force of a fire hose; steam blew from his ears - cartoon style - and his internal organs suppurated, liquefied, and squelched out through various alimentary orifi.

In spite of all that, with his last coherent thought as the remaining internal organs began to shut down, he smiled and said to himself "this is f*cking delicious!!"

However, ironically (to steal a joke from Saturday Night Live, back when it was actually funny), the manager stopped over and said (N.B. Indians always mix up Westerners first and last names): "Oh Mr. Mark, a thousand pardons; that was only the medium-spiced curry!"

The next day, besides the Gandhi museum and the Gateway to India... 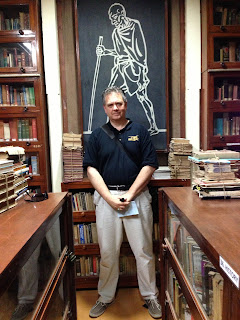 Plans were afoot to stop in at the Barking Deer Brewpub, Mumbai's first brewpub. 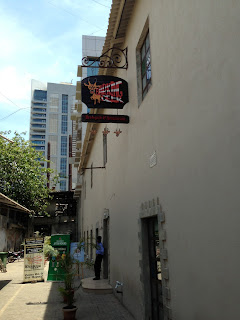 The brunch buffet was awesome, with a lot of really nice small finger food and other items. 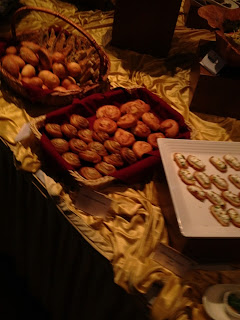 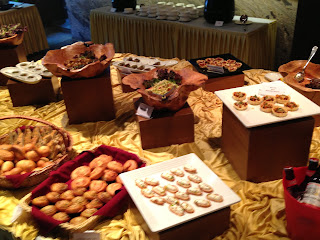 Their beer was not ready yet, so instead had a:
Fullers - Black Cab stout
Estrella - 1906 Reserva Especiale

Gregory, one of the principals, chatted a while about the brewery and their plans. Let him know that the place was quite smartly done up, and the food was very good; the pictures do not do it justice. 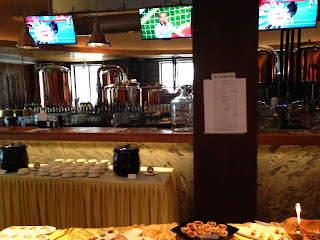 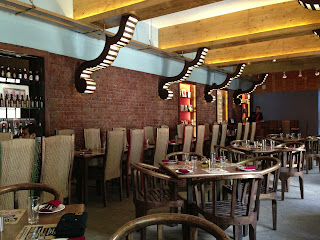 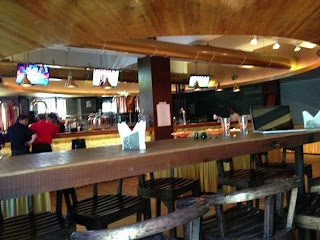 One of the brewers from Alaska brewing is the brewer, and the blonde was quite good. Even thought it was not for sale yet, was able to try the
Barking Deer - Blonde Bombay Bombshell*
(*provisional name)

After that it was back to the hotel. 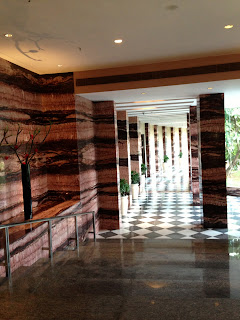 Now, to acquaint you with traffic in the Mumbai area. Traffic in Indian metropolitan areas is best summed up like this. Although a cacophony of motion and colors, the dance of vehicles in traffic is reminiscent of schools of tropical fish; they mingle and merge in an orchestrated ballet, without ever colliding.

And horns: schools of tropical fish, each one incessantly honking a f-ing horn. 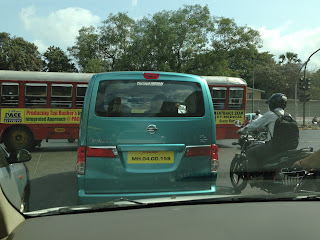