This was an interesting week, what with some of the breweries and brewpubs visited. 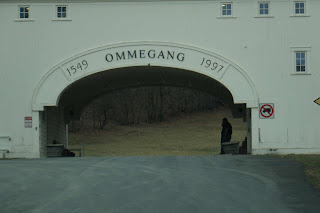 First - Ommegang. This brewery has always had a special fascination with many, as it is sort of a "Belgian inside the Americas." 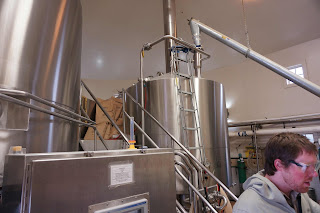 Well, truth be told, they are now owned by Belgian brewers Duvel Moortgat, but started as a Belgian-style brewer on an old hop farm in NY. 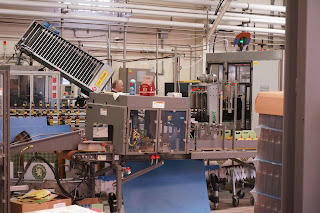 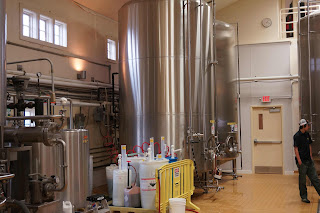 Alex was our tour guide and tasting room leader. Gave a good tour and a very detailed explanation of the brewing process. During tasting he demonstrated an extensive knowledge of ingredients, processes and flavour styles. 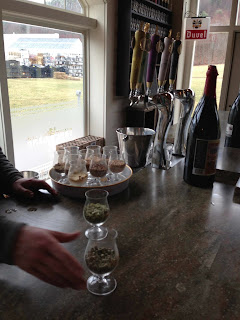 Sampled the:
Witte "Worth the Wheat" - wheat kristallklar [#3,747]
BPA - Belgian style Pale Ale
Rare VOS
Hennepin Farmhouse Saison
Ommegang Abbey (this is one of those "10 beers to take to a desert isle")
Three Philosophers 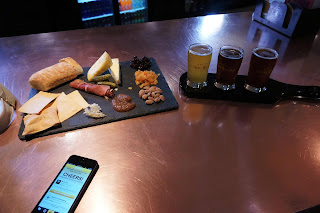 What was also impressive was accidentally overhearing a discussion with an event planner for the brewery, and a local limousine company. The brewery wanted to be sure people at an upcoming event would get brought to their homes/hotels safely. Excellent. 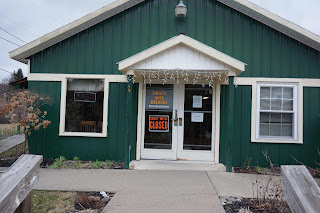 One of the folks behind the gift shop counter suggested trying the new Council Rock Brewpub. Now, sometimes it seems like the odds are stacked against you, but a dedicated beer fan will always persevere. First the bridge was out. Then the brewpub was closed. Thankfully, ran across the owner/brewmaster/chief-coon-and-bottle-washer Roger as he was leaving. He graciously let us in to have a flight of the beers offered. 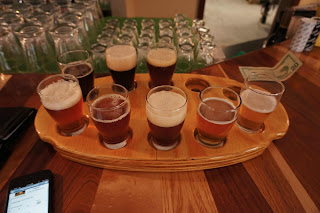 The beers were good, and by that it is meant they were faithful representations of the basic styles they represented. 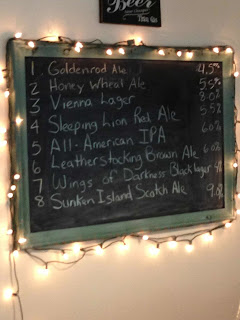 Some could have been slightly better based on recipe variations, but all-in-all quite impressive for a brewpub around for about a year, with someone who began home brewing not too long ago. 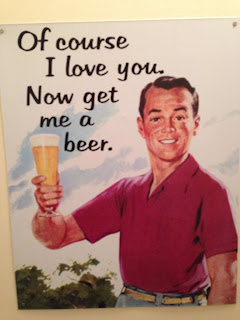 And no one should take constructive criticism badly, for example both their Vienna Lager and Wings of Darkness were standouts. Good show. 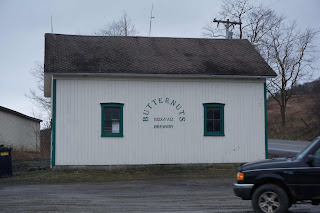 Butternuts was next on the list. This place is located in an older dairy barn, which apparently allowed the use of tanks, floor drain, etc. as part of the brewery infrastructure. 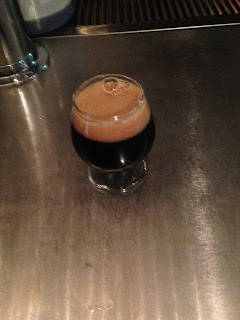 The imperial stout is really nice. The Website is not. What is meant by that is that while cute with some great animations, you have no idea if there's a taproom, or if special beers (e.g the Brutus series mystery) exist at all! 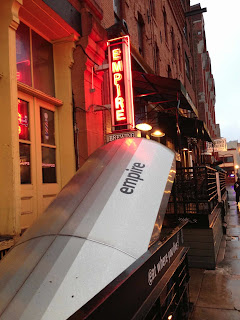 In Syracuse just a short walk form the hotel, was the Empire brewpub. 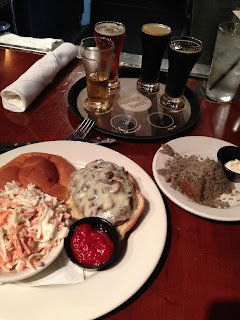 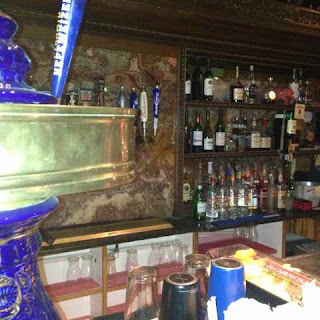 Across the street was what was ostensibly a wine bar, but the large "Belgian Beer" sign was attractive. Had quite an impressive tap selection, and sampled an:
Elysian - Bye Bye Frost (barleywine)
Flying Dog - Raging Bitch (Belgian IPA) 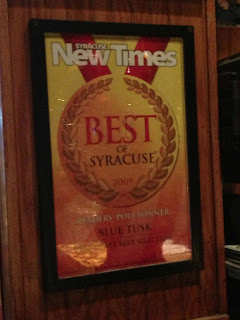 Of note the folks at Blue Tusk wash off the beer glasses before serving. Not as detailed as the Belgian tradition of pour/spatula head/immerse to rim/serve, but not complaining as this ain't Belgium.

Next day - after work was done - stopped at Middle Ages Brewing. 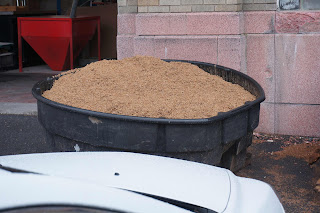 When one sees some mash waste out front, you know you're in the right place! 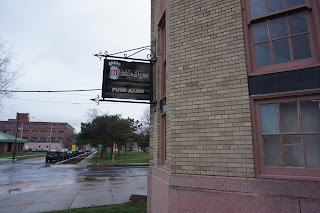 Matt was a wonderful host, and explained the brewery history, as well as the names and origins of some of the beers. 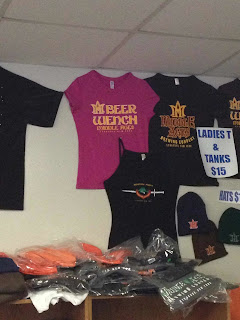 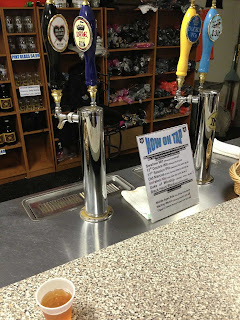 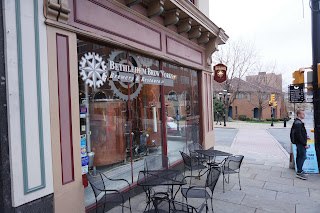 Later that night made it to the Bethlehem Brew works. 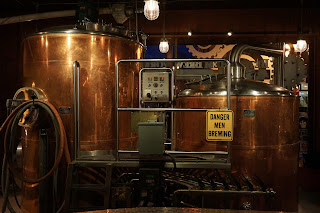 Now so we all know this, both Bethlehem and Allentown brewing are combining to be Fegley's. Mike was that perfect brewpub bartender; no pushing, and let you have plenty of time to review the beer list carefully before choosing. 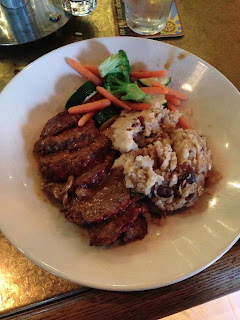 Back at the Bethlehem Hotel, where surprisingly it was jazz Thursday. 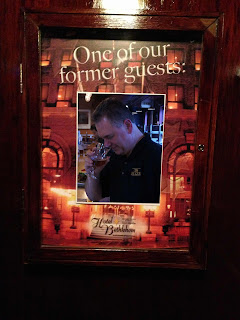 Dan the bartender - who is truly the commensurate professional bartender - served up a sampling of:
Leinenkugel - Canoe Paddler (Kölsch)
Yards Pale Ale 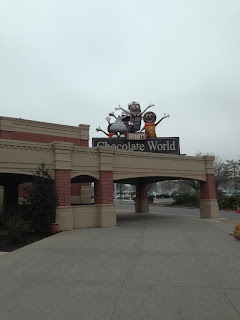 Friday night in Hershey, PA; well first of course you have to go to the Hershey candy store to get fresh Reese's Peanut Butter Cups. Fresh is transcendent. 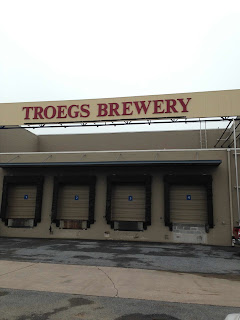 Then to Tröegs for dinner. The confit de canard was smashing. 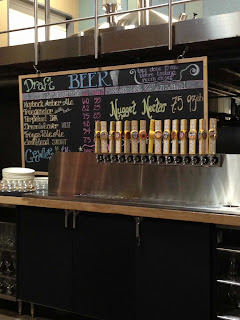 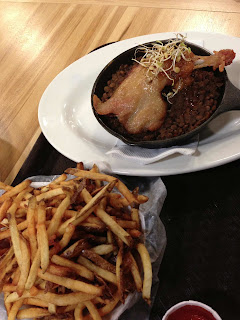 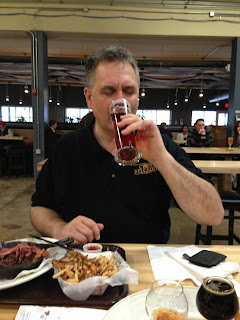 Also learned - apparently it's not the weak, but the yeast shall inherit the earth! 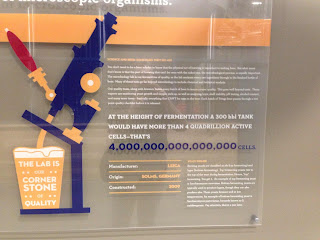 Posted by Beeriffic at 8:00 PM