Stopped in at Triumph Brewing in Princeton NJ. 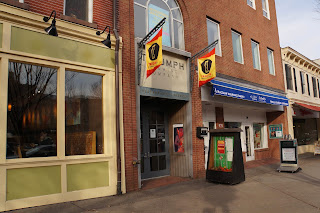 One of the biggest challenges is finding a place to park But with that out of the way, strode down the long entrance to hall and sat down at the bar. 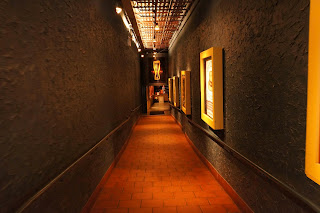 Triumph appears to be quite a nice, fancy restaurant. No food was tried as I had already eaten, but things look and smelled good. The bartender was friendly and pretty much understood it was the tasting that was the reason for the visit.

They have a pretty good range of beers, that are good or better in terms of flavour and representation of the style:
Honey Blonde [#3,420]
Amber Ale
German Pilsner - very, very good
Small World Coffee & Cream Stout
Bengal Gold IPA
Nutt's Brown Ale - no it's not "Nut" 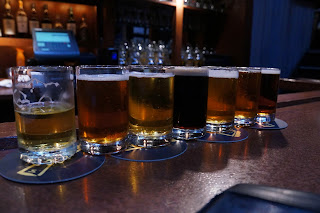 Did not list the "snakebite" which was a cider/ale mix. Tried it, but like the German "radler" it is not a beer per se.

Stopped in at Climax Brewing in Roselle Park NJ. As with all brewers (as opposed to brewpubs, whom obviously want customers to enter) an email was sent to Mr. Hoffman to ask permission to visit. 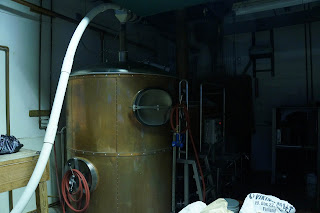 Not to give away any spoilers, but this brief visit was representative of the passion that some brewers have for their craft. To put it in perspective, I had arrived a bit later than I had thought, and was told I could "only stay a couple of minutes".

We said our goodbyes about 45 minutes later.

As with many micro brewers today, Mr. Hoffman is not a brewer by trade (chemical engineer) and this was an adjunct to a hobby. Also as with many brewers, there's such a sense of pride when you are shown a home-designed and built growler bottler that probably works as well as anything from Enterprise Tondelli. 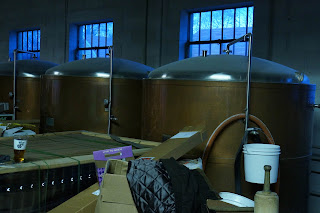 In the too-short visit, the creation of the brewery was related, as was the change from clear to amber growlers. As with many micro breweries, the costs of raw ingredients and glass continue to be a challenge, as well as distribution issues. 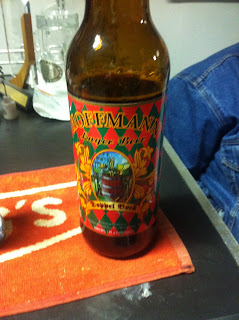 Note the "Hoffman" appellation usually means the beer is a lager instead of an ale. Picked up a few more at the local liquor store - Climax is not available in CT USA.

Trap Rock Brewery and Restaurant in Berkley Heights NJ was where dinner would be served. Note that any brewpub with "...and restaurant" in the name is sometimes a cause for concern, as the beer sometimes takes a backseat to the food. 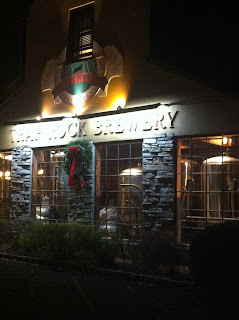 The head brewer Charlie surprised me by recognizing the Club-Belgique logo on the shirt. We chatted a bit, and had a brief tour. Apparently they (as other have said) will be expanding due to changes in NJ brewing laws that allow brewpubs to sell beyond their walls.

The beers - by the way - do not take a backseat to the food. They are all very good, some spectacular.

The restaurant is also no slouch. Duck confit with brussel sprouts was fantastic. Service from Pam was exactly what one wants when quietly eating at the bar, sampling beer - the exact amount of attention with a bit of pleasant conversation. Not ignored, like some places recently. 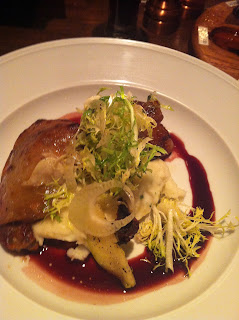 As with any brewer, naming a beer can be a challenge. Certainly "Ægir's Pride" is a name someone researched. Wikipedia: "Ægir hosts a party for the gods where he provides the ale brewed in an enormous pot or cauldron provided by Thor and Týr."  Okay.

Now also the prize for the least creative name is "Mr. Porter", but why stop there? Let's have a "Mrs. Stout" as a beer-soul-mate. Although one would suppose a name like that would not please some distaff customers. 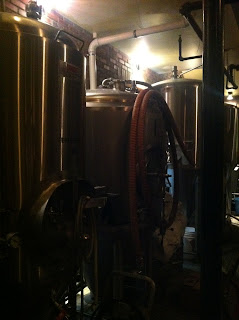 Charlie stopped by later as I was done eating, and talked about how they plan to bottle some of their beers, as certainly their 11% Ægir's pride should age well. It was suggested to have a "christening" instead of a ribbon cutting ceremony. Take a newly-bottled 750 ml; and (carefully) break it on the corner of the building. Save the intact neck and mount it on a plaque over the bar, as a conversation piece. 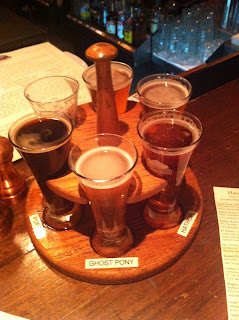 One hopes that next year about this time there are bottles available.
Posted by Beeriffic at 7:08 PM