Escaping NJ from the storm - MR

During the trip stopped at a few places before escaping the Feb 2013 blizzard.

The first in a relatively new place near Bridgewater NJ - the Stoney Brook Grille. Have been here several times when traveling and it is always just a nice pace to go to. Never too loud, never packed beyond gaining entry, and their beer selection - while somewhat limited - never fails to surprise. What is great about the place is the bar is nice and open, and never too crowded. The food is always fresh and hot and the bartenders are quite friendly. What is a sure bet is the calamari as an appetizer. the burgers are good, and the chicken parm is an armful.

Beers sampled were the

Blue Point - RastafaRye Ale
Bass - Stout (seems pedestrian, but had not tried before)

The next night was at another spot - Delicious Heights - that has a dazzling array of beers on tap, as well as good bottle selections. They also have a crazy menu that lights up. 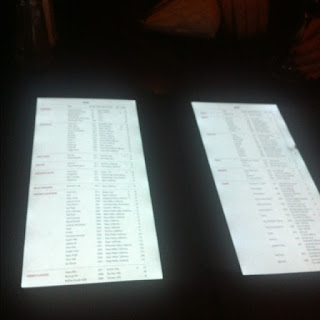 Again  due to a lot of constraints, this was a limited beer night. Could've ordered a sampler but rather fancied just a pint or two. But do not let that deter you - they have a varied selection and the bartenders and waiters are always ready to help. Ordered a:

As the blizzard of early February 2013 was a-comin' I knew it was time to "get outta Dodge" and take the train back to CT. When the driver dropped me off at Newark Penn (as opposed to NY Penn) I came to the realization that I had 2 hours to kill to get a train. So quick Google map for iOS - oh look - Edison Ale House. 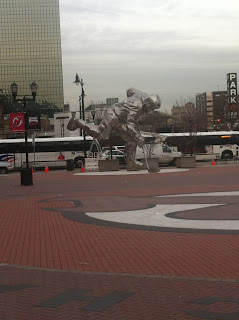 For a place so close to the Jersey Devil's stadium - where one might assume it's a Bud/Miller fest. Well one could not be more wrong. Really.

First of all the bartender was quite gregarious and an overall pleasant conversation. One look at my bag and it was "trying to escape the blizzard?" As it was near dinner and I was peckish, tried the hummus appetizer. Also tried 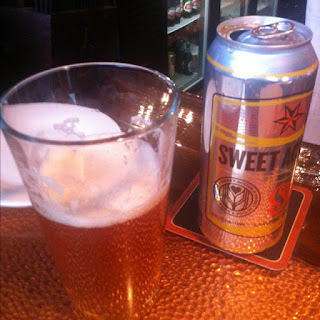 Unfortunately, I could not stay all night. It was out to the train and - as the saying goes - "home again home again jiggity jig" 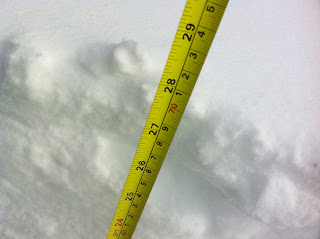