It was a nice quick trip out to Boulder CO area, for some work on a project. As such got to try some favorites, visit some new breweries, and make a few friends. 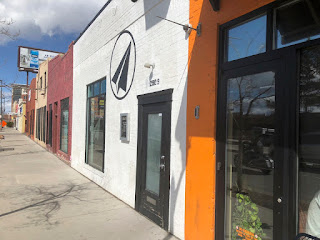 Having arrived at Denver International, it was short drive over to Black Project. Having tried them at the Shelton Brothers Festival in Atlanta last year, it was a place I had wanted to visit. Be aware, they take this “black project” thing very seriously - the entrance is a nondescript door with a subtle logo painted over it. Inside was quite nice, some good beers on, and an actual wing for part of the bar! 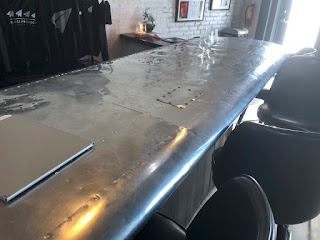 Chatted a bit with the bartender, Zach, and found there was no bottles to be had. Somehow the conversation went to where I was traveling from (CT) and one of my local breweries (Treehouse) came up. I casually mentioned I have 2 cans of Green with me, and would love to trade them. Agreed to meet Friday PM and do the deal (which sadly didn’t happen). 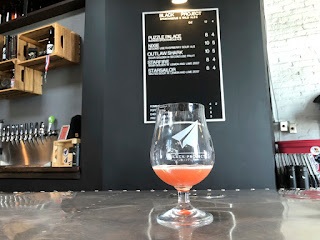 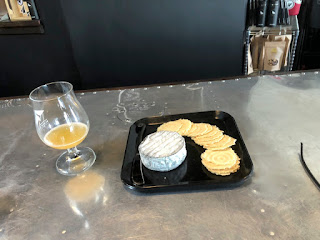 As he had nothing to trade, with a flash of insight honed by undoubtedly encountering this before, he said “Oh, you mean you don’t like these?” She sheepishly acknowledged this, and the beers were unceremoniously dumped before I could offer an alternative disposal method, involving my uvula. Zach to his credit was polite and did mention that Black Project will happily give you a sip of any beer to try, before pouring a larger glass. 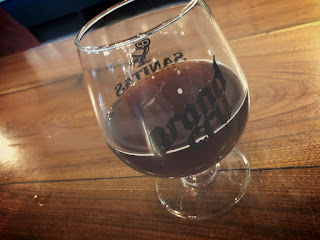 The next day after work was short walk from the hotel to Sanitas, a new brewery since I was last in CO. Had a nice time there - the taco truck was fabulous. Sanitas also apparently sells brewing supplies as well. 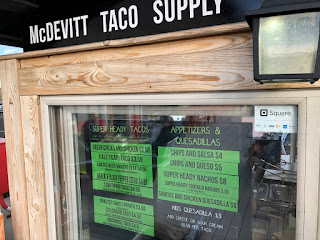 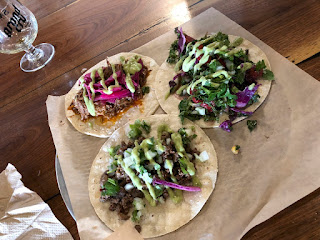 I was pleased to see they had on a Barleywine (personal favorite). They also had their “Grand Cru” on, a high gravity “Abbey Style.” When I asked the bartender Jake if they had any 4-packs for sale, he said “No, it’s free.” The conversation was reminiscent of a 3-Stooges short...
“What do you mean, ‘free’?”
“It’s free.”
“You mean ‘no charge’ free?”
“Right, no charge.”
“Really, free?”
“Yep.”
Now I am not sure why, but possibly because I am from New England, and Sanitas is now being distributed in CT, NY, MA. 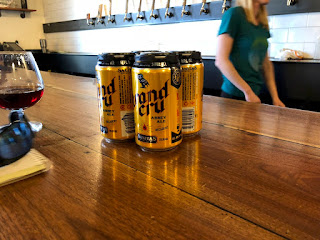 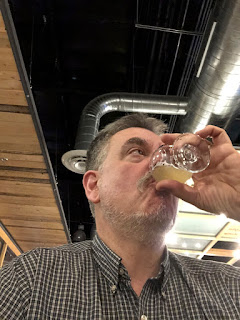 Went to Fate for dinner the next evening. Food was very good, beers as well. 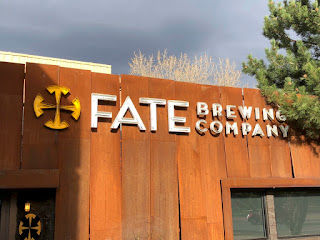 One night we just ate at the hotel “bistro” for dinner. Now personally when a hotel says “bistro” you get a bit concerned, but this was pretty good; in fact the Brussel sprouts were very good. What was a bit sad is that for being located at the nexus of 12-15 breweries in Boulder CO, they had very little local fare. 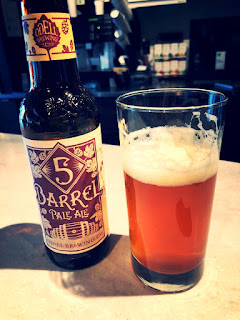 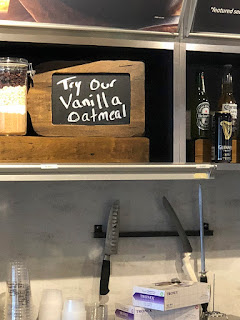 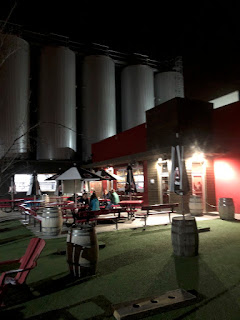 It was a long week, and Thursday was the planned day to go to Avery Brewing. Last time I was out in CO, it was at the old location. Which, if you were ever here, it was hard to find. This new spot is impressive, big yet inviting, with aromas of smoked meats wafting towards the Über dropoff. 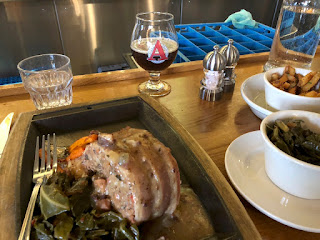 Avery has always been a favorite brewery; they have made some edge-of-the-brewing-art stuff for years (Trogdor, Reverend), but they also brew some good basic beers (White Rascal). Mephistopheles is a personal favorite, and they had this on tap as a bourbon-barrel aged variant (as well as Growler to go). Warm, rich, boozy bourbon caramel licorice, this was a beer to savor. One of the folks I was with I don’t think had ever tried a beer like this, and was amazed at the depth and body and gamut of flavors. 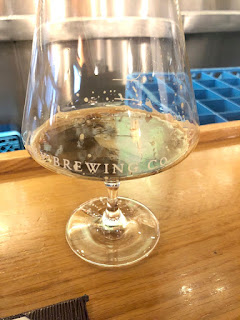 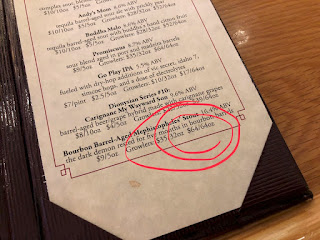 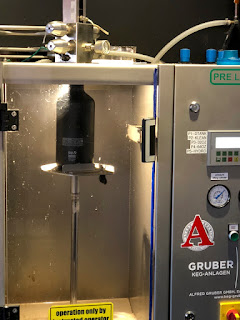 Friday there was plenty of time to try a few new beers, before the midnight redeye (ugh) flight home. Stopped back at Black Project; sadly Zach was not there to trade beers. Joshua at the bar offered to buy me a beer in trade for a Green, which I did. Tried these beers (in small pours) which are the antitheses of a Treehouse Green! 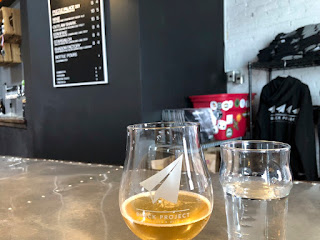 Didn’t knew where to stop next. Still had to drive a rental car, so could not drink too much. Joshua had suggested TRVE as the best option nearby. The place was a bit dark, but then I realized that was the metal/Cthulu/Slayer pentagram aesthetics. 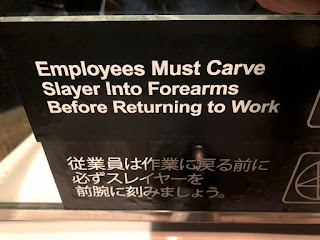 Very surprised at the first beer, a sour Saison that has a nice hint of funkiness that many do not have. 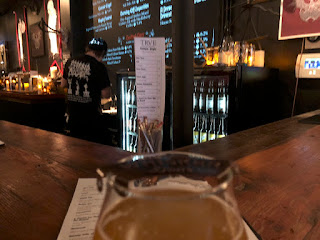 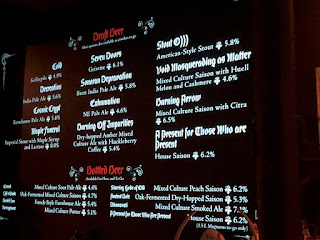 Got back home in time for the mini Hermit Thrush event at a local bar, but that’s another short story for later.
Posted by Beeriffic at 10:32 AM