Had a nice trip, or actually two trips in March, back-to-back. The first one was to Philadelphia PA, to give a talk at a company I used to work for; and later in the week down to Charlotte, North NC.

Since I arrived at noon at the Philly airport the day before my talk, what else was there do but take a taxi downtown, to the incomparable Monk's Café. As luck would have it, it was St. Patrick's Day, and Philadelphia does have a rich Irish heritage. Although, truth be told, my plan was to mostly drink Belgian beers because that is one of the many things Monk's is famous for.

It is also famous for good food and friendly people and great service etc. but I was there for the Belgian beer.  When I first arrived, it was not very busy, which is always good; and was able to get a prime seat at the 1st floor bar. Also by some strange happenstance, I actually had nothing green on, not even my socks or underwear. The friendly hostess at Monk's offered me a giant Cat-in-the-Hat-style green and white striped chapeau, to which I politely refused.

And even though I wanted Belgian beer, I first started with this.

Chatted with several people about beer and Monk's, and the weather, it was really having a great time. About that moment a large group of folks came in wearing, of course, green shirts and some green hats. These folks were happy and drinking and having a great time; what was kind of scary and someone else commented later; this was their first stop of 18 today; and a few them were already quite intoxicated. Good luck and God bless reaching pub number 18.

Ironically, the next beer was not Belgian either.

Ordered some food, a nice steak salad; I do this point regret not ordering the classic steamed mussels at Monk's, which are superlative. 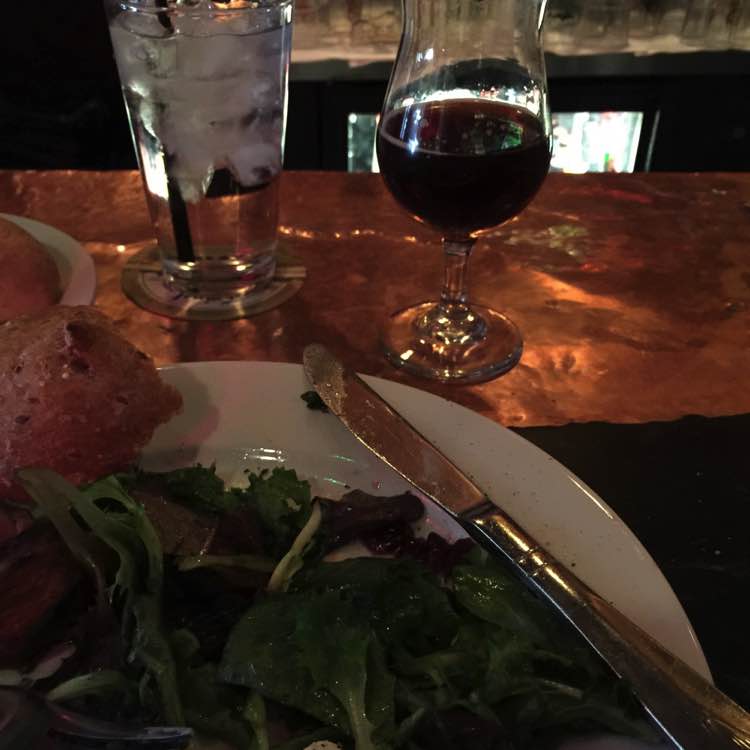 Settled down into a routine of several Belgian beers after this.

Since they had a brochure for Moeder Lambic, I told the bartender and several people the story about how last year we were on vacation in Brussels, and drank there, and stayed at the Metropole Hotel. 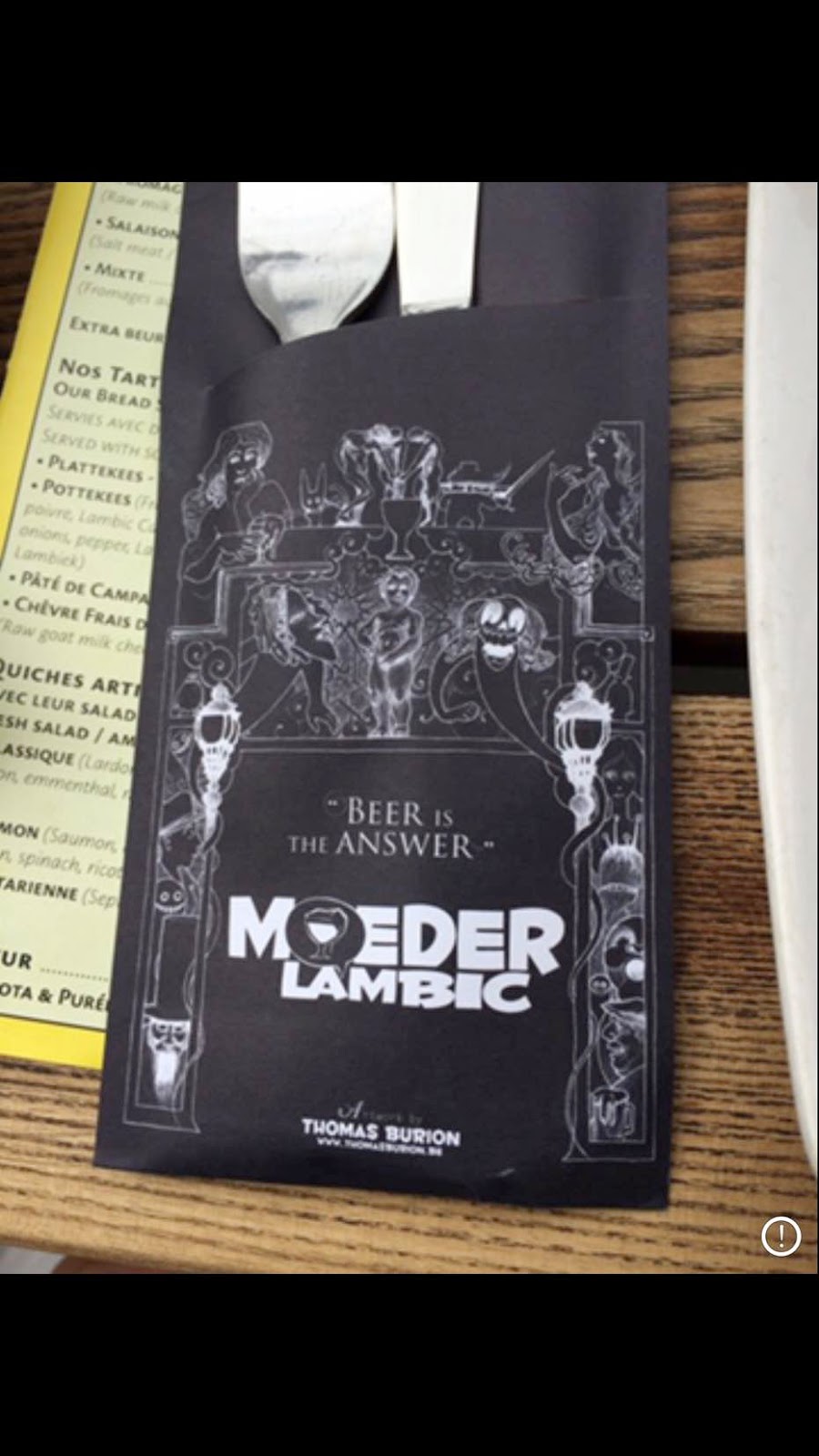 It was only a month or so ago we found out that in one of my uncle's letters from WWII, he also stayed at the same hotel as we did; although separated by several decades! 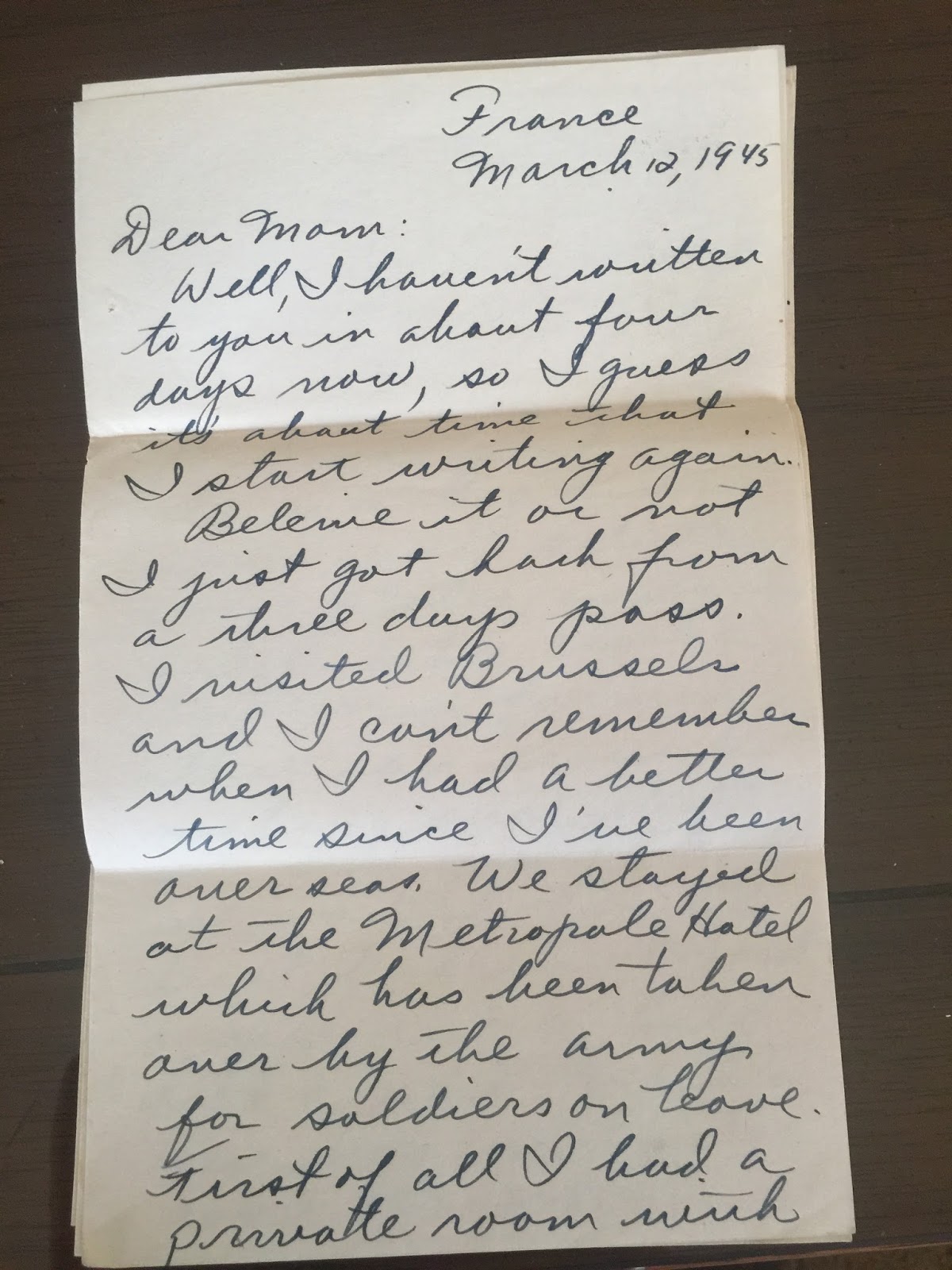 What's interesting is in reviewing my notes, I realized I had beer #400 here a few years before with some friends, in 2007. What was even more interesting is the same beer is still available. And what was slightly shocking (but not surprising) is the same beer that was $25 back then, was now $50. I did share with several people in the bar, as is our custom. 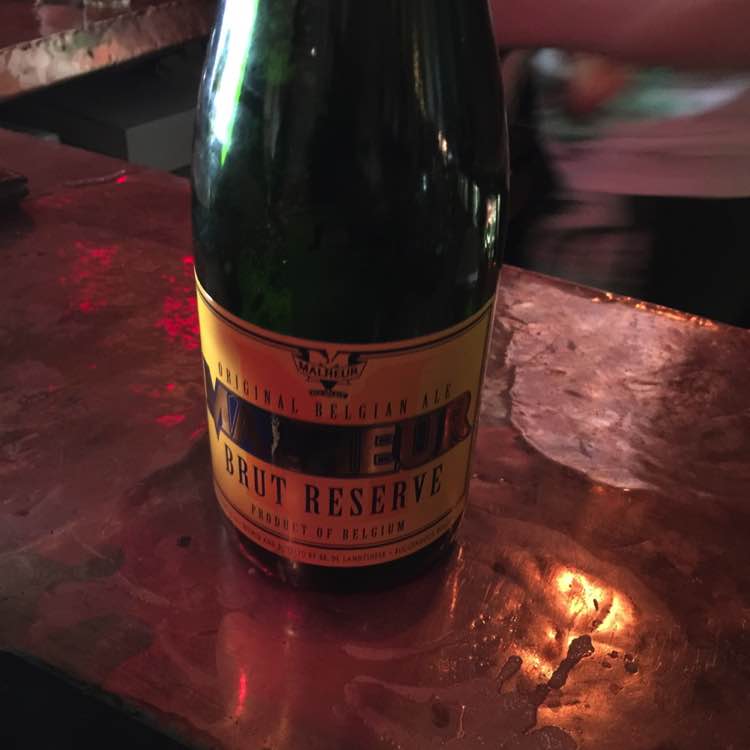 Then in looking at my notes, I asked the bartender if her name was "X" (that is not her name I am just not putting it here). It was and she was the same person who served me and some friends, way back in 2007.
Hasn't aged a pico-second.

What I love about having a large bottle - or three - is sharing. You can share with other people around you, share with the bartender to try it (if allowed).

One of the patrons shared theirs with me; he was more of a stronger porter/stout fan, and I think it was actually quite good; and even better, it was Belgian. 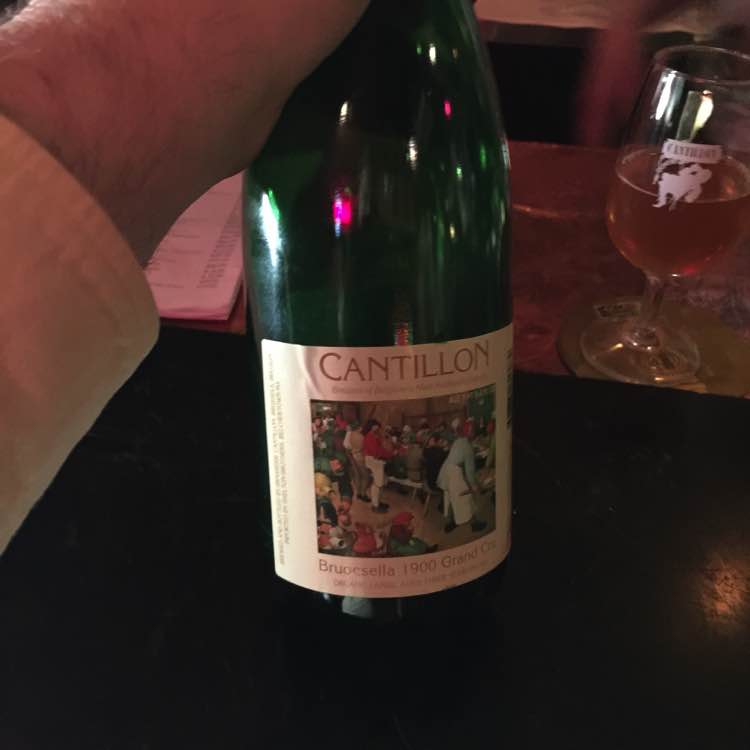 I decided, even though we have several bottles at home, I did not have this particular Cantillon beer. Extremely good, and much like the open-ended Richter scale, sometimes there's a beer that I rate above 10 on my 1 - 10 personal scale.

Also note that recently I change my scale, so instead of using just 0.5, the increments are 0.1 for better resolution. Nothing anyone cares but that's why the score is 10.2 as opposed to 10.5!

Had a couple more Belgian beers, actually another one rated above 10. 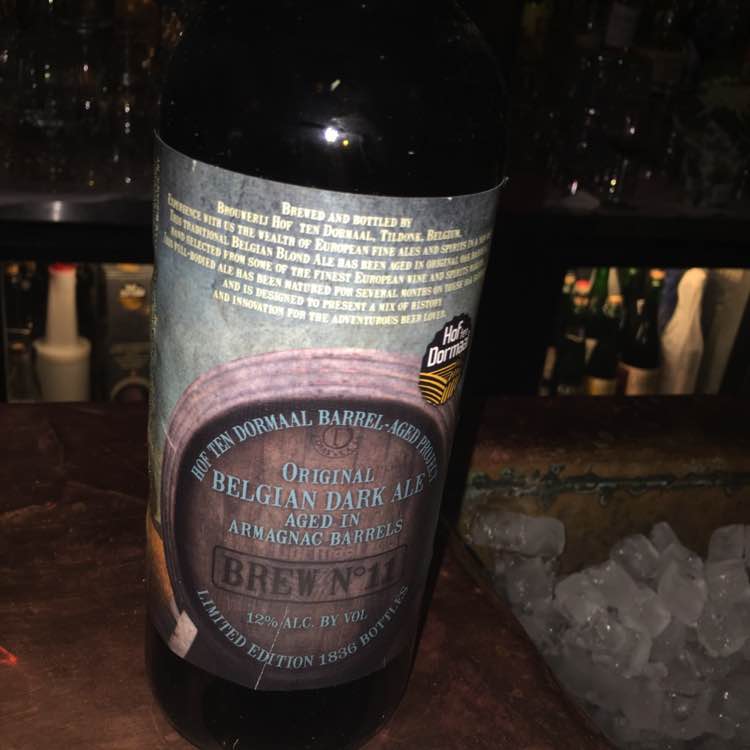 Parenthetically I should add if you have never had Armagnac, it's worth trying. It's a variant of cognac not made in the Cognac region of France, and it has some slight differences in flavor. On our bartenders advice, she suggested the final beer not Belgian, but quite good and I agree it was. 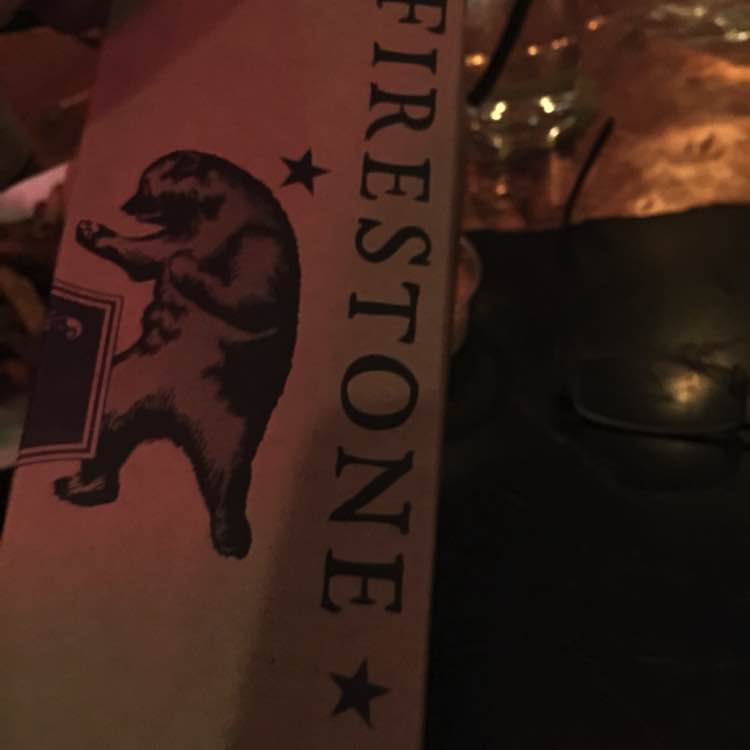 The next morning, got to chat with some people I hadn't seen in 15 years or more, and had a successful meeting.


A few days later, headed down to Charlotte to give a similar lecture; hence the title of this particular chapter: Monks and Panthers as in Monk's Café and the Carolina Panthers. 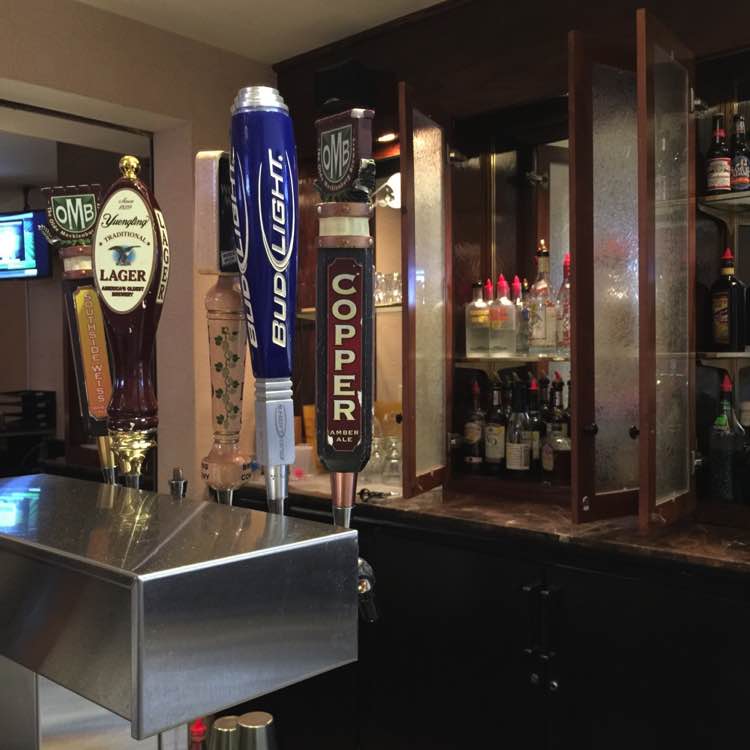 As I got in early, tried a few local beers, nothing too fancy as this was the Hilton after all. Sadly in most chain hotels, as nice as they are, they have a beer selections that is nothing to write home about.

Based on my reconnaissance, (and trust me, if Rommel planned as well as I did, well, you get the picture) I had several places in mind to get to. A quick taxi ride took me to Growlers Pour House. 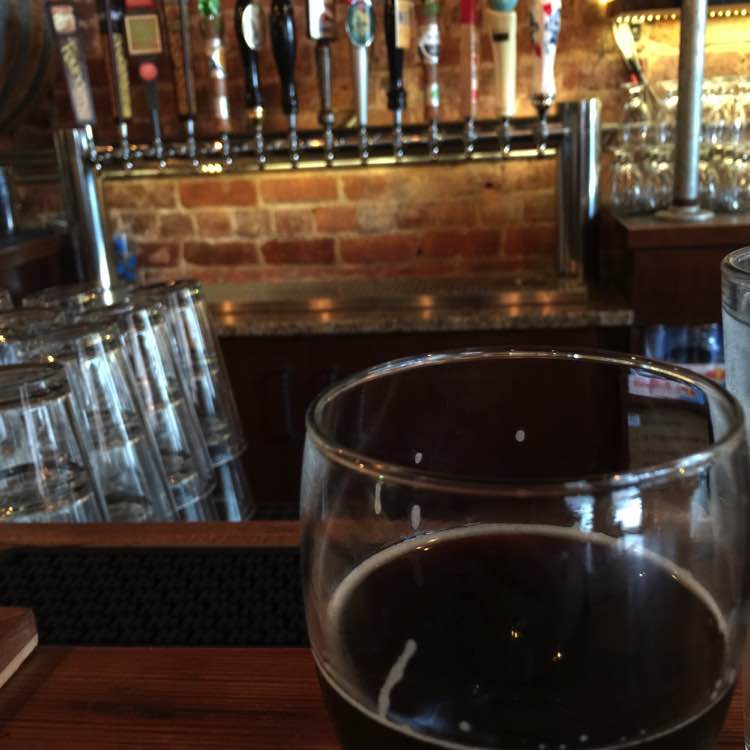 For a snack/lunch I had their version of Poutine, which was delicious. And possibly as far South as you'll get it. 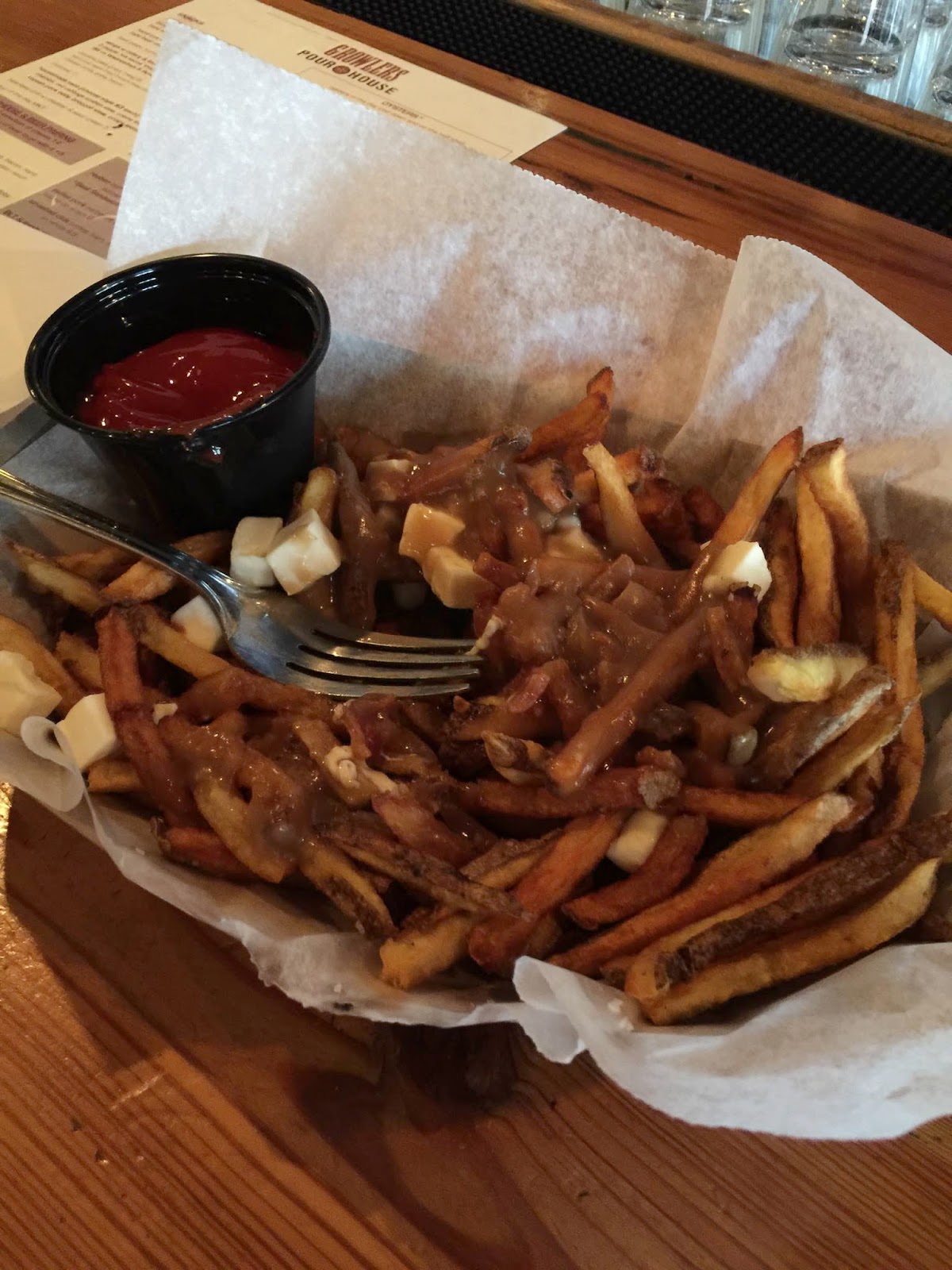 They had a very nice selection of local beers as well as regional; Also it was interesting to see how this state's laws allow growers to be filled in a bar. 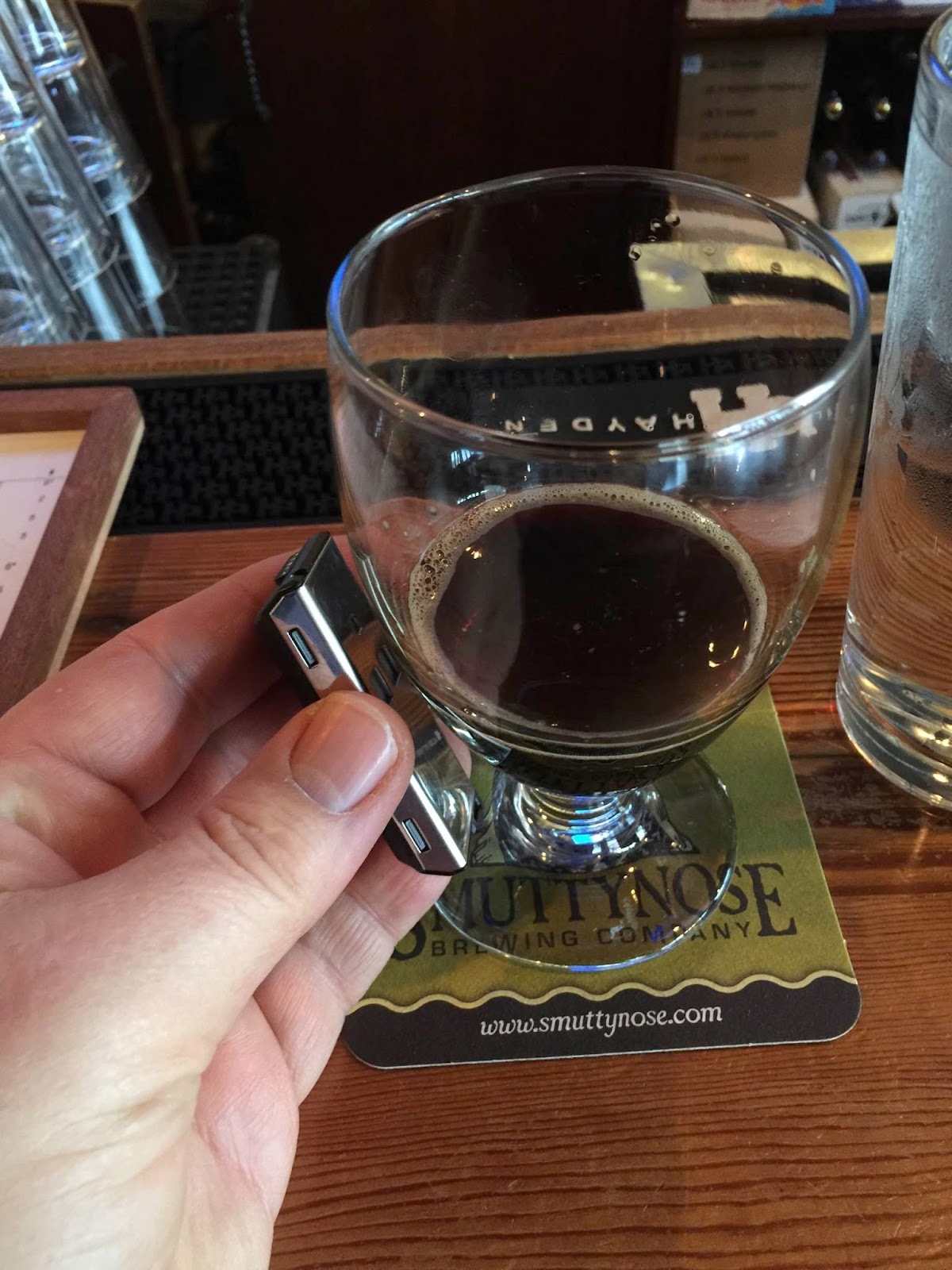 And yes, I was taking the temperature of some beers, because I do get obsessed sometimes.

I did leave Growlers planning to go to Salud, which is a short walk away. I did not realize that in between the two was Revolution Alehouse. 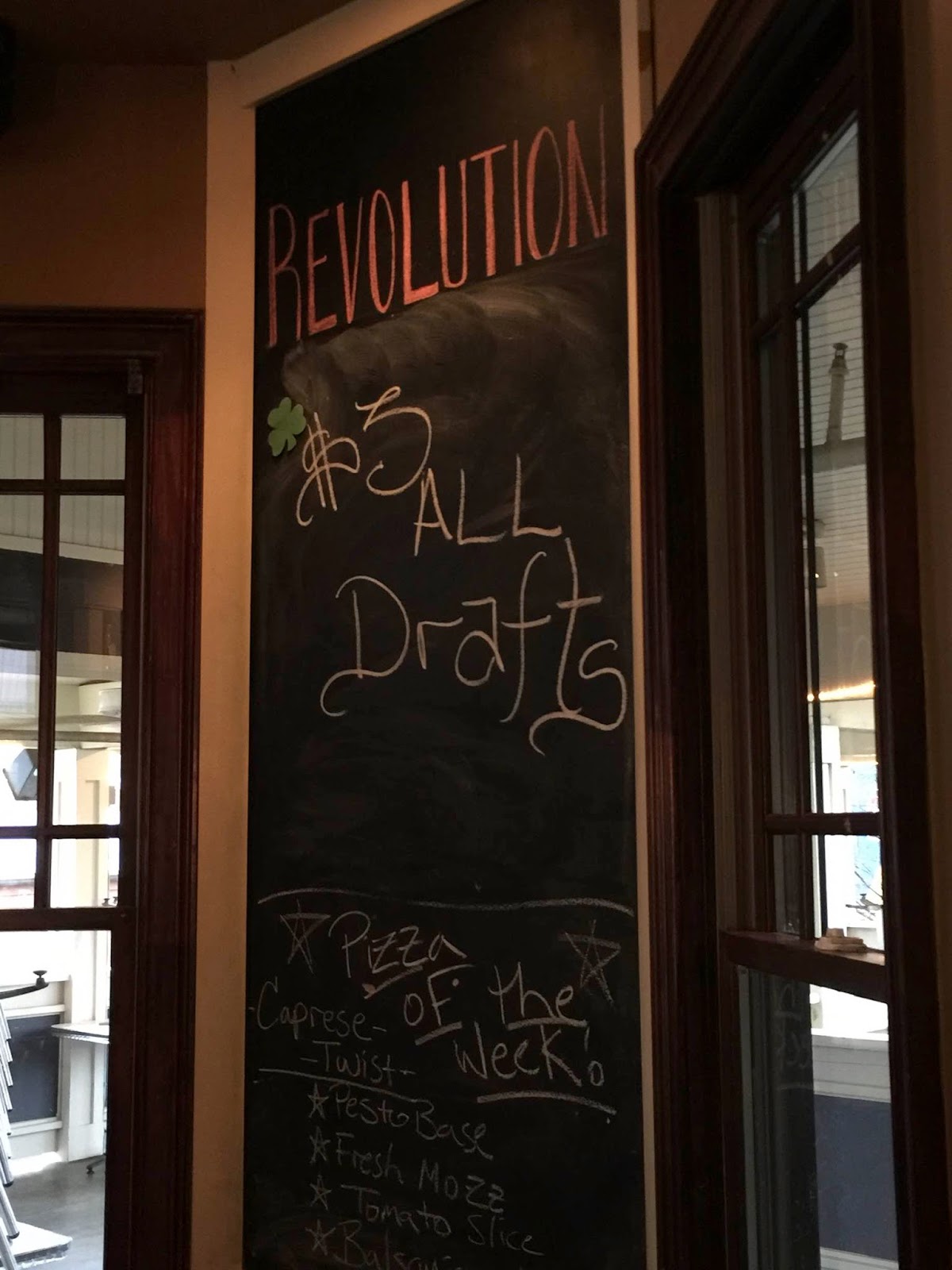 Tried the following two beers, the Gose was actually quite good; a slight saltiness without being forced. 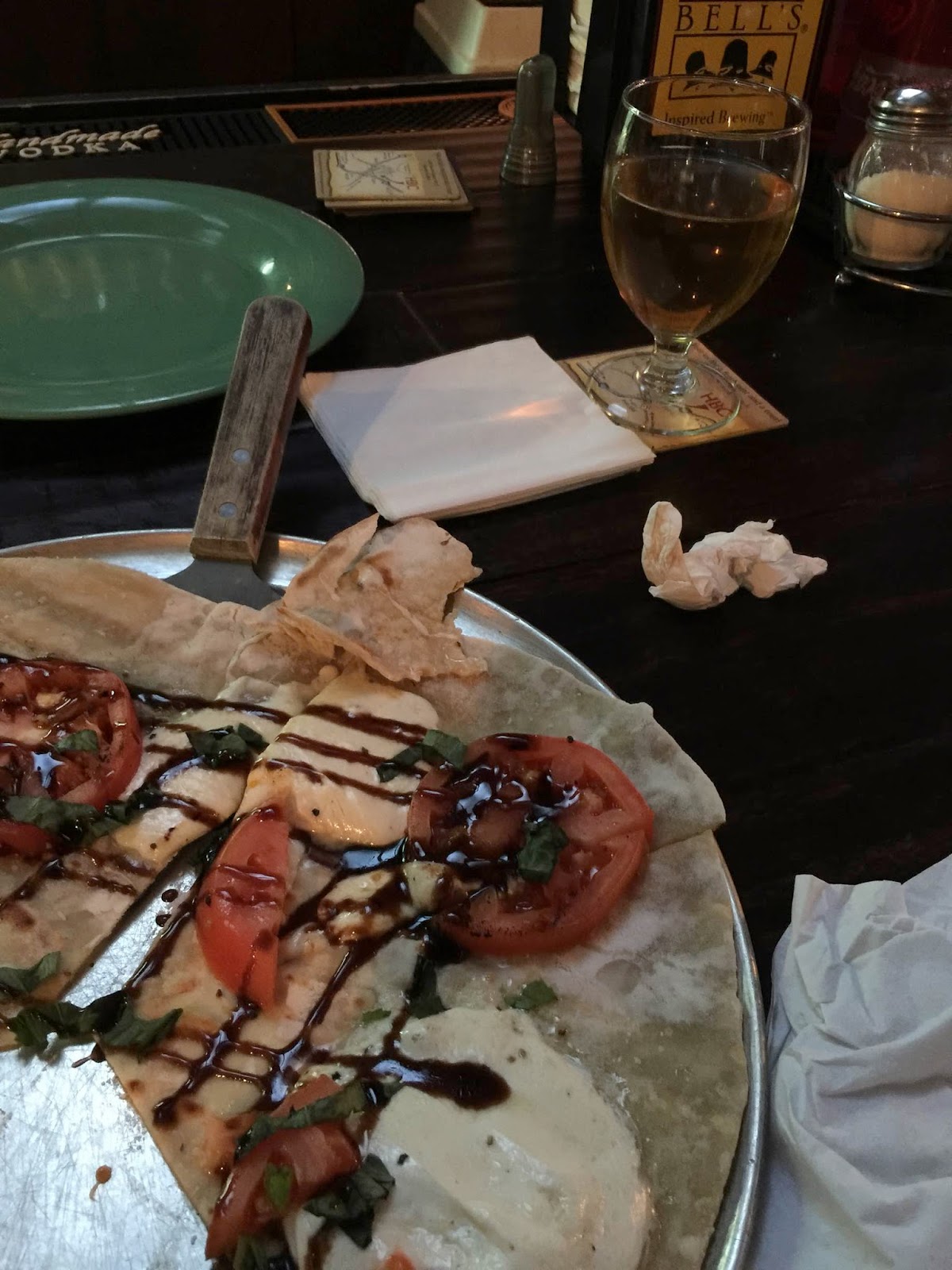 For dinner had their capresé salad pizza with balsamic vinegar, which was recommended by Jerimiah, and was delicious without being too heavy. 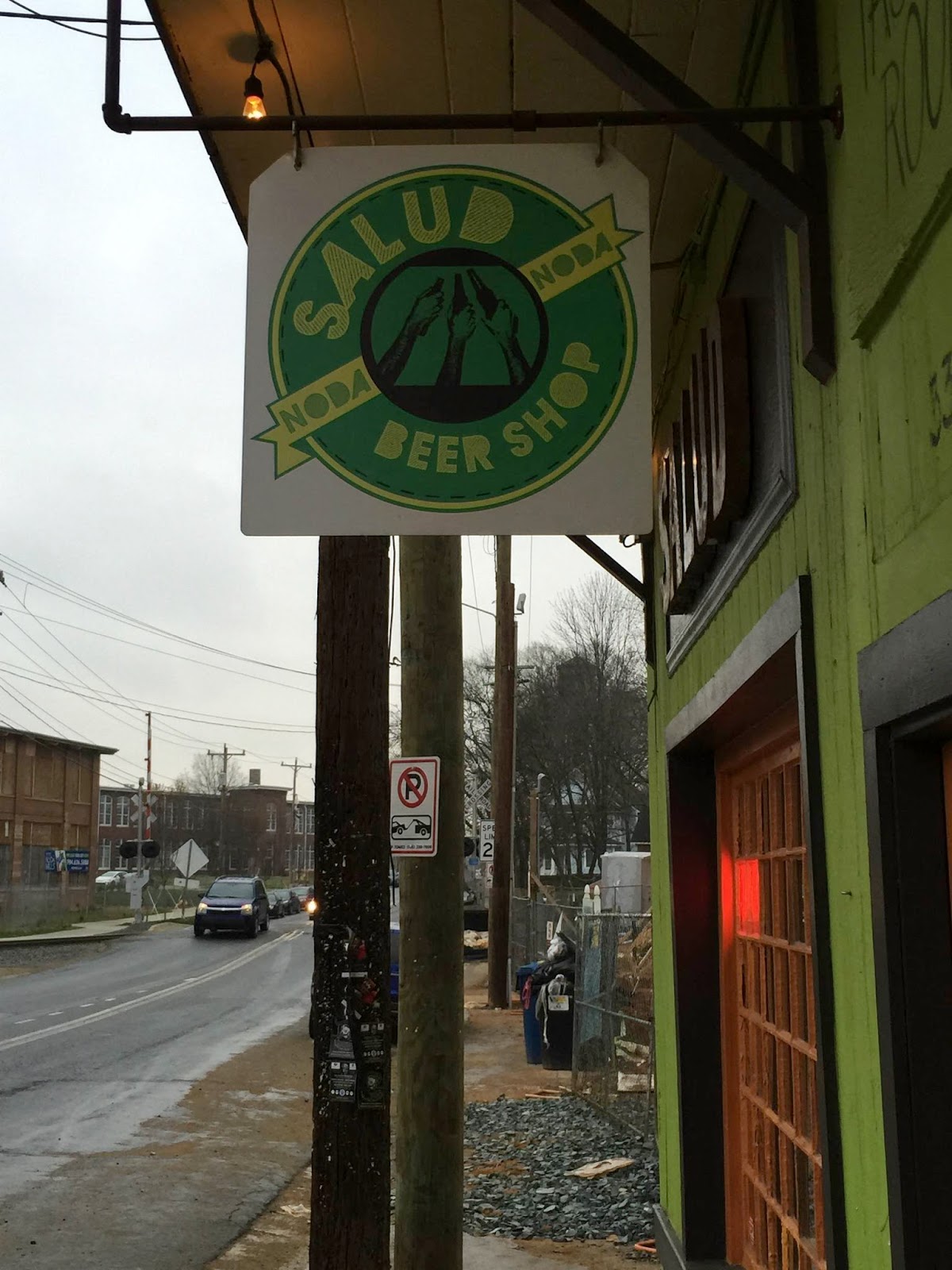 Headed over to the Salud beer shop, where you can buy to go, as well as drink beer there. They're planning on having a kitchen soon, so if you live in the area, check them out in the next few months. 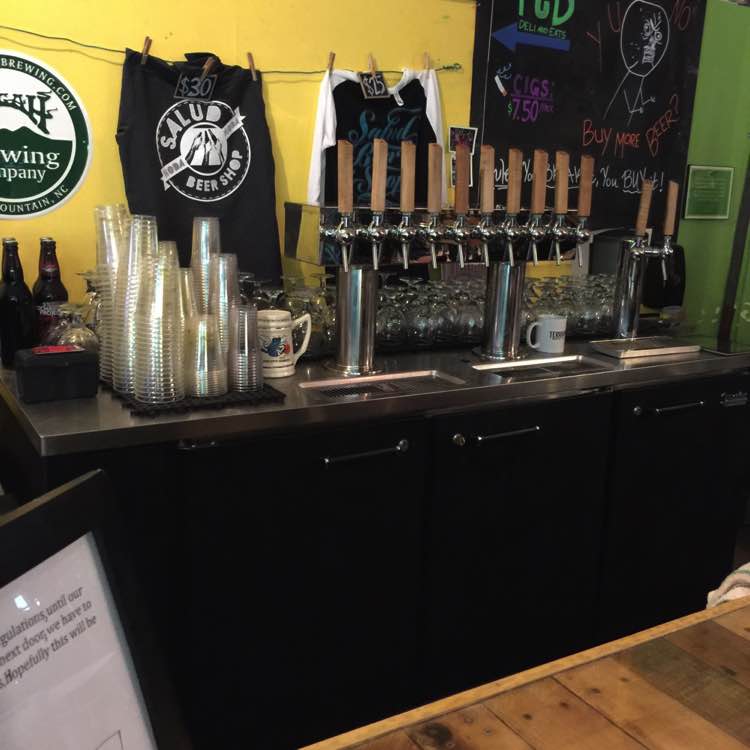 Started out with a personal favorite from an Asheville NC brewpub - Wicked Weed.

Then several of these other beers.

The last place to walk down to was the Heist brewery. 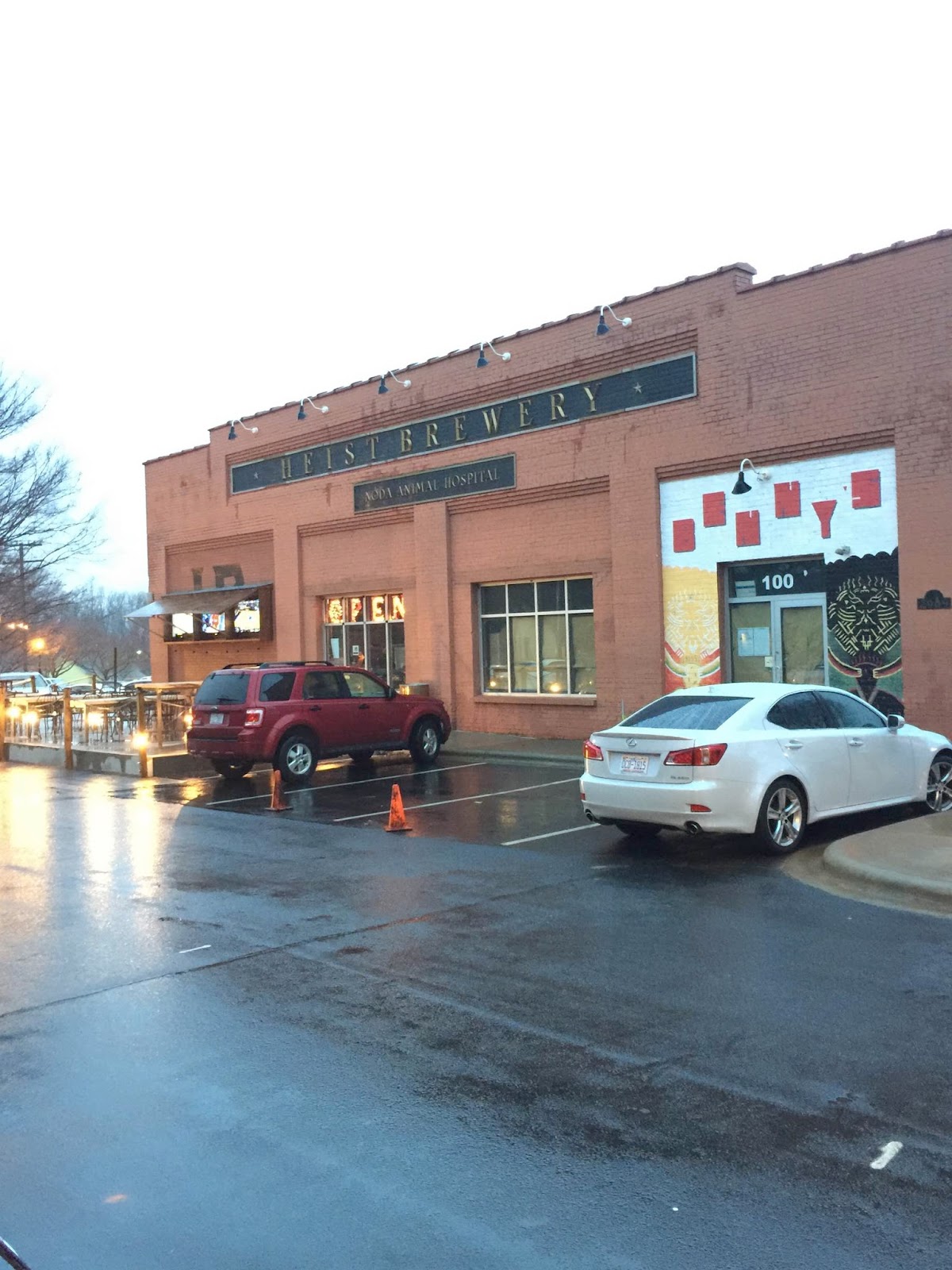 As it was getting late, and I had to talk the next morning, did not have too many here, only one.

I'll be back some other time, and they're not leaving anytime. 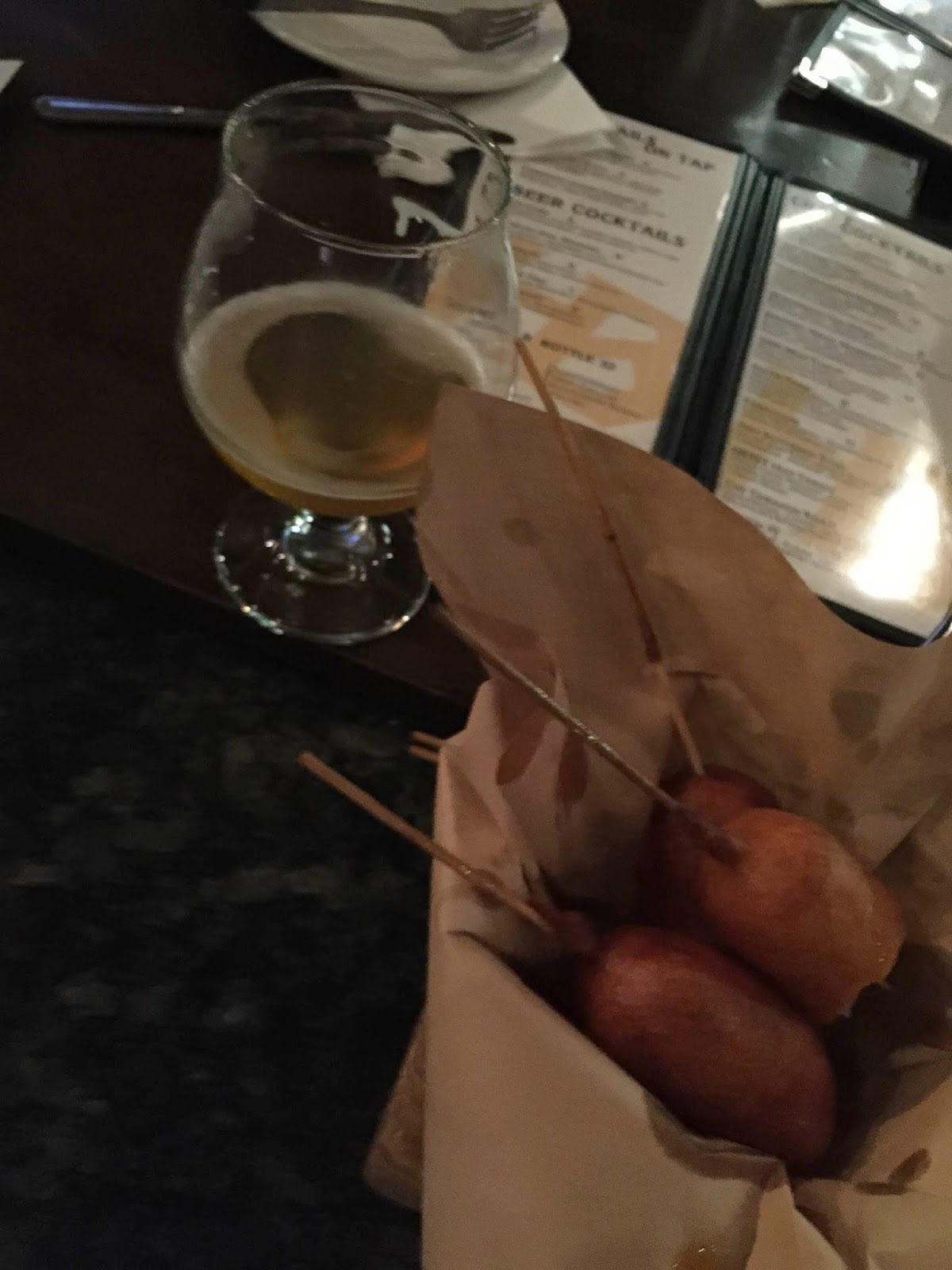 Did try the pork belly corndogs as a snack for bedtime, and then tried their unusual smoked drinks (Smoked Noda Manhattan)...

...on the advice of a local enthusiastic patron - it was fantastic.


Should have, but couldn't stay longer.

As a postscript I discovered the world of Uber. When I asked if the hostess if she could call cab, she asked if I've heard of Uber.

I said yes, but I didn't have an account; she quickly should me how to sign up, and within 4 minutes I was heading back to hotel. And as it was my first Uber ride, It was free!

So go to see some old friends, drum up new business, and drink several good beer at some spectacular places.
Posted by Beeriffic at 3:00 PM