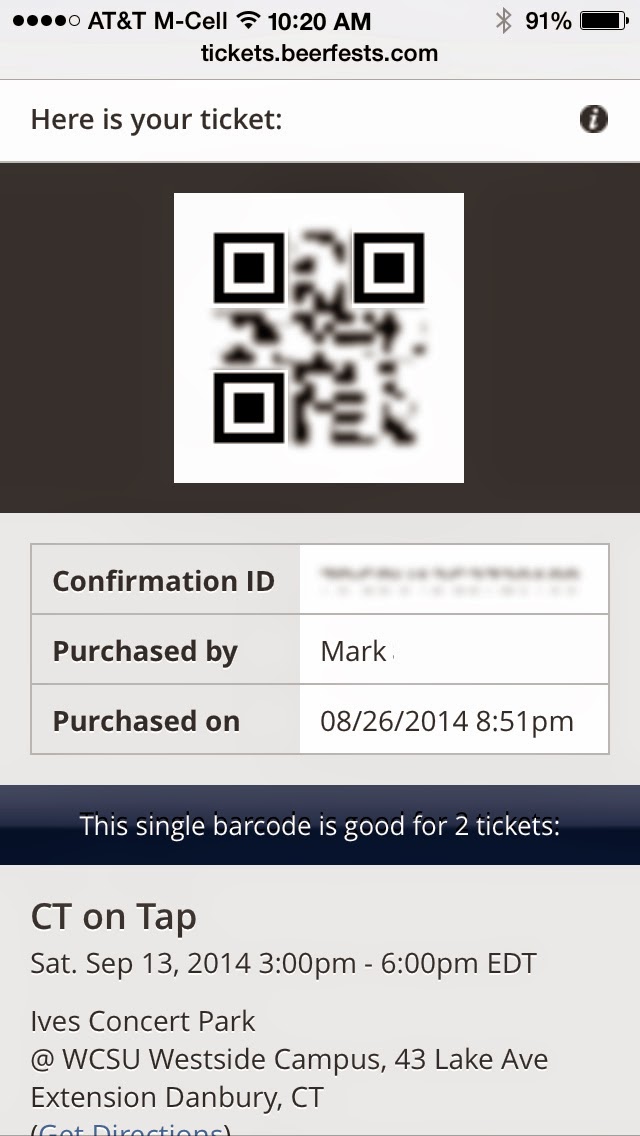 The event was September 13 at 3 PM, although with a VIP ticket you did get in at 2 PM. 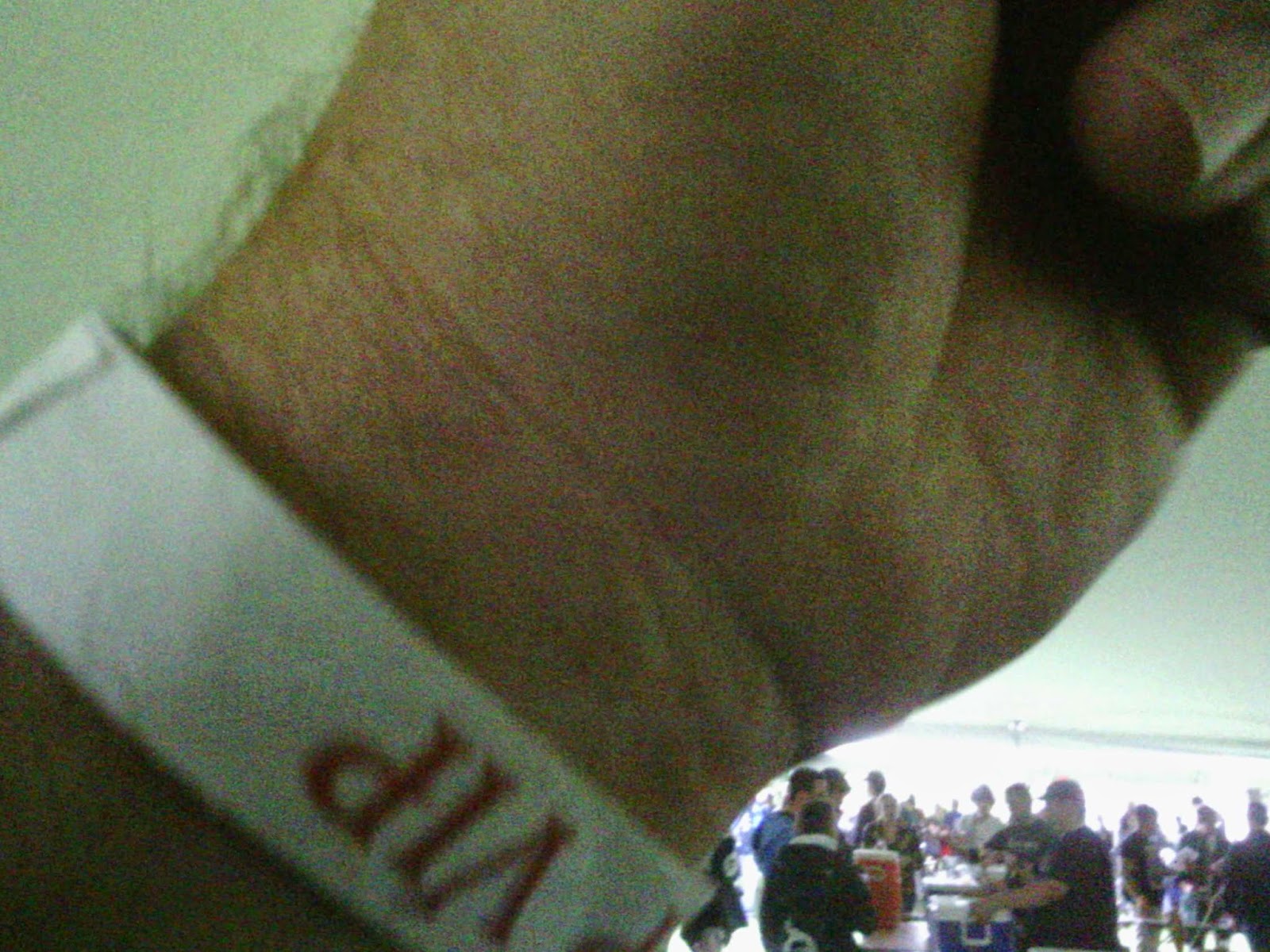 It was really nice because traffic was light and parking was easily available at the VIP area. After the requisite ID check (meaning card anyone even if you look 50) it was time to try the beers. Note that any picture taken that is closer to square than rectangular was shot automatically with a Narrative Clip. 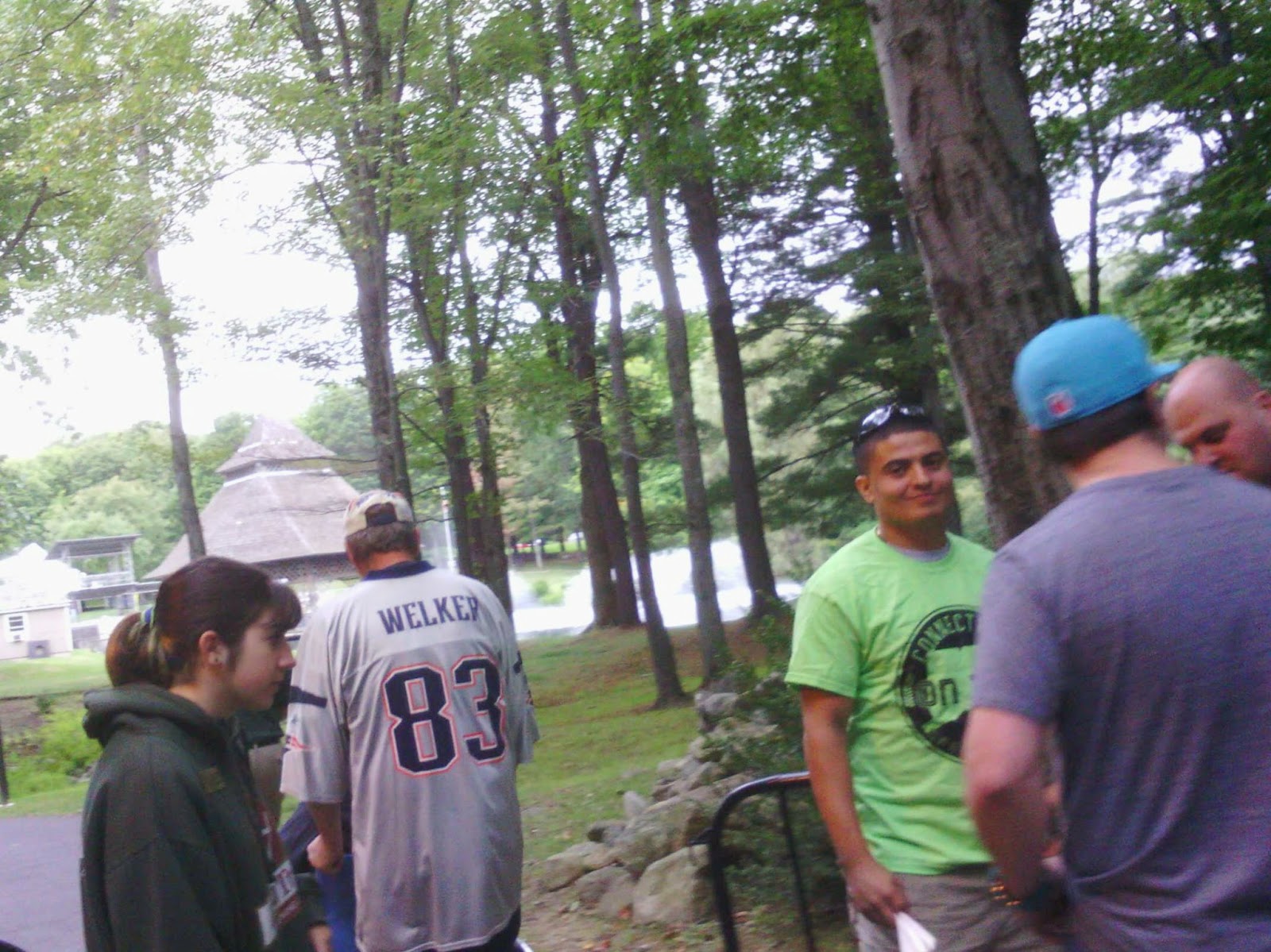 The event had two tents set up in the event of rain, along with ample Port-o-Lets. 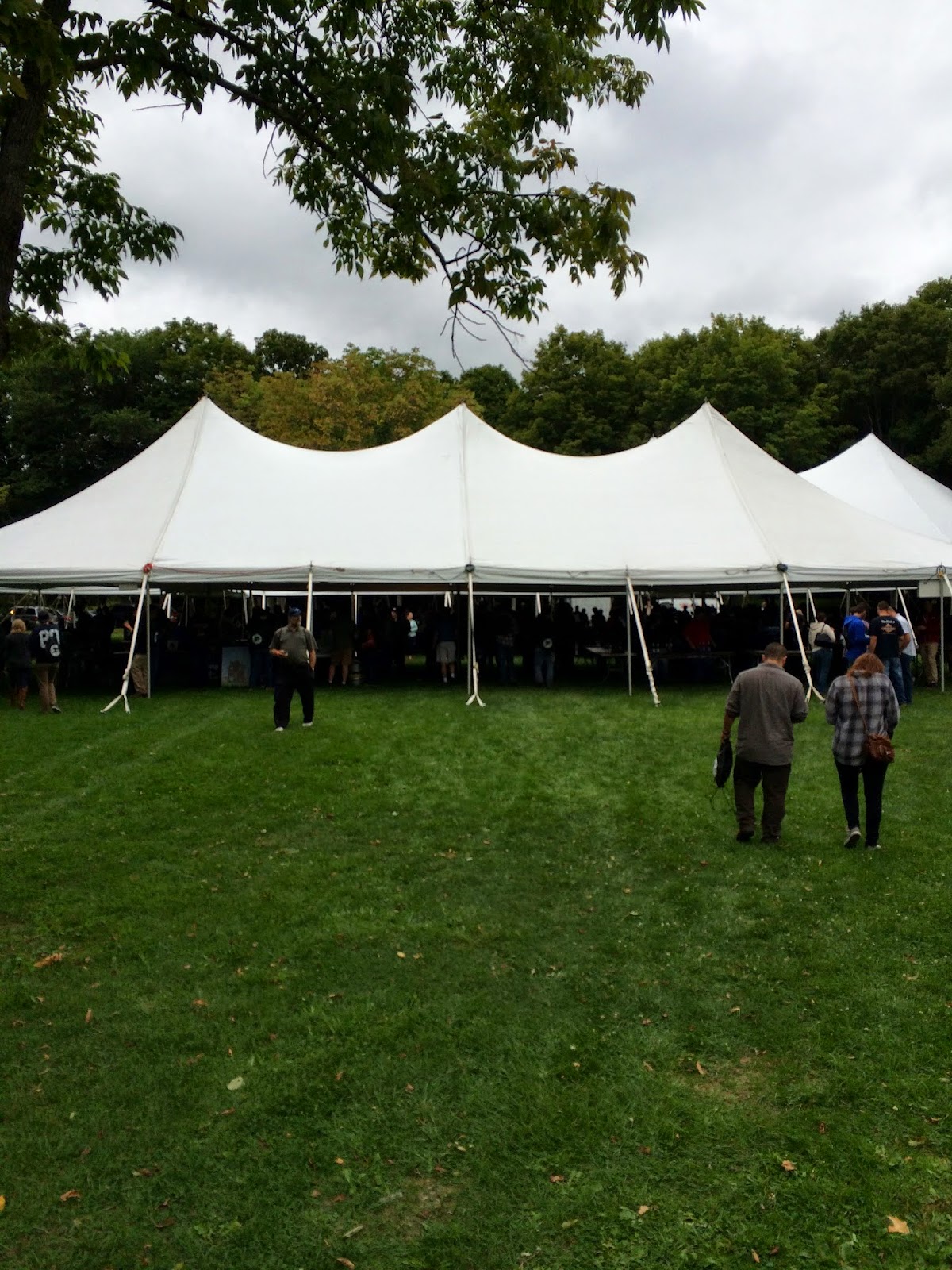 There was also bands in the amphitheater, well as some really good food. And to top it off, there was even a cigar shop! 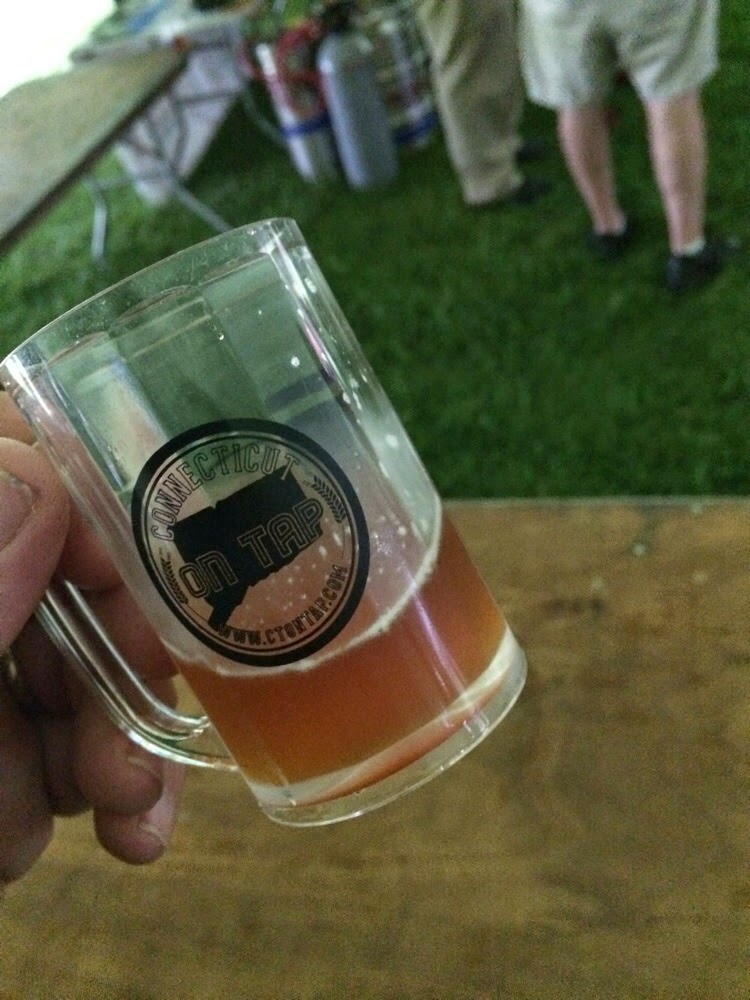 Kudos to having a real high-quality plastic mug. Although not glass (this is not Belgium, after all) it's much better than a plain cheap thin-walled easily crushed plastic shite cup.

There were a lot of breweries and brewpubs represented, some that were quite new to the brewing scene. Also kudos to the people staffing the tables. 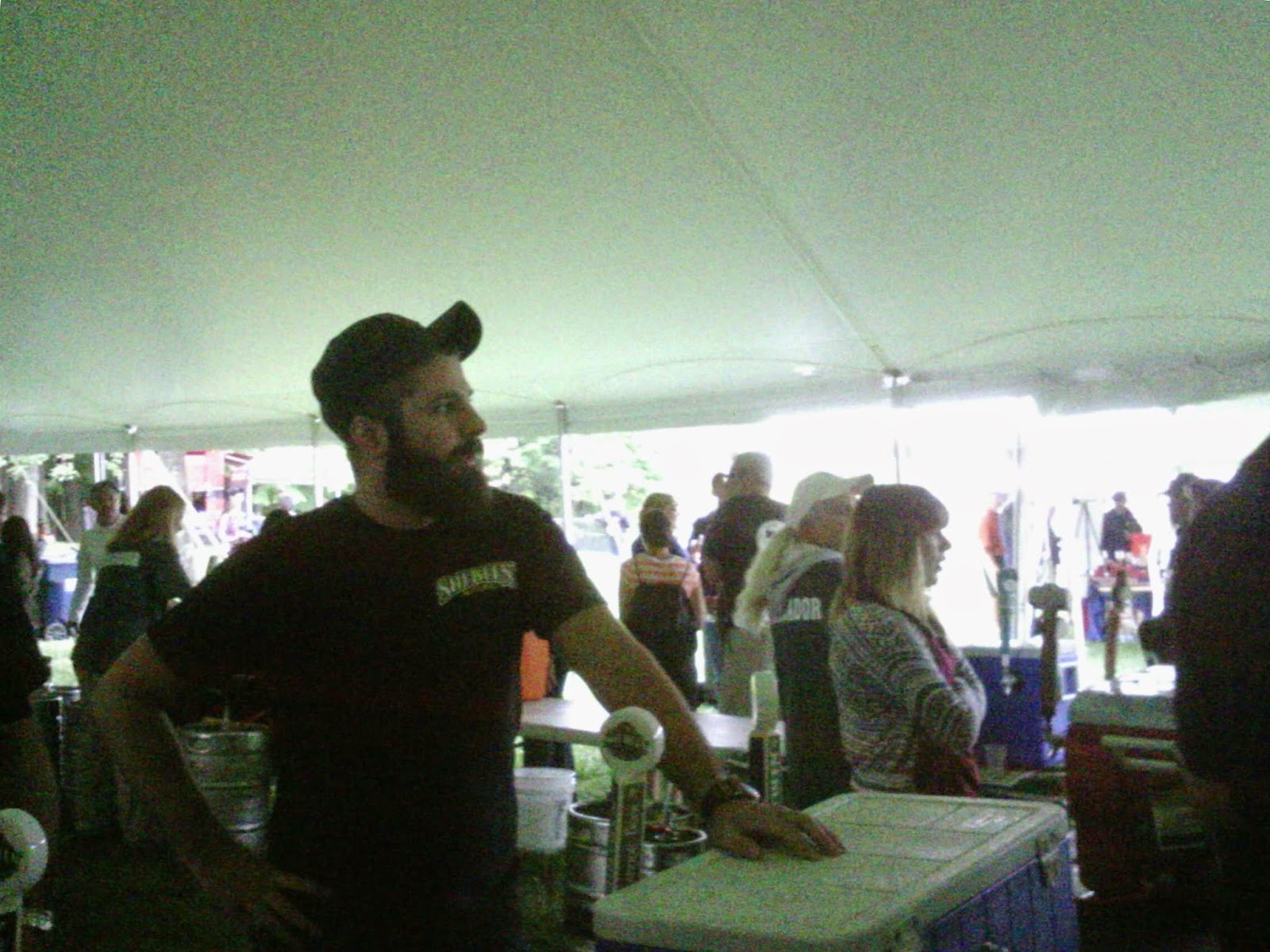 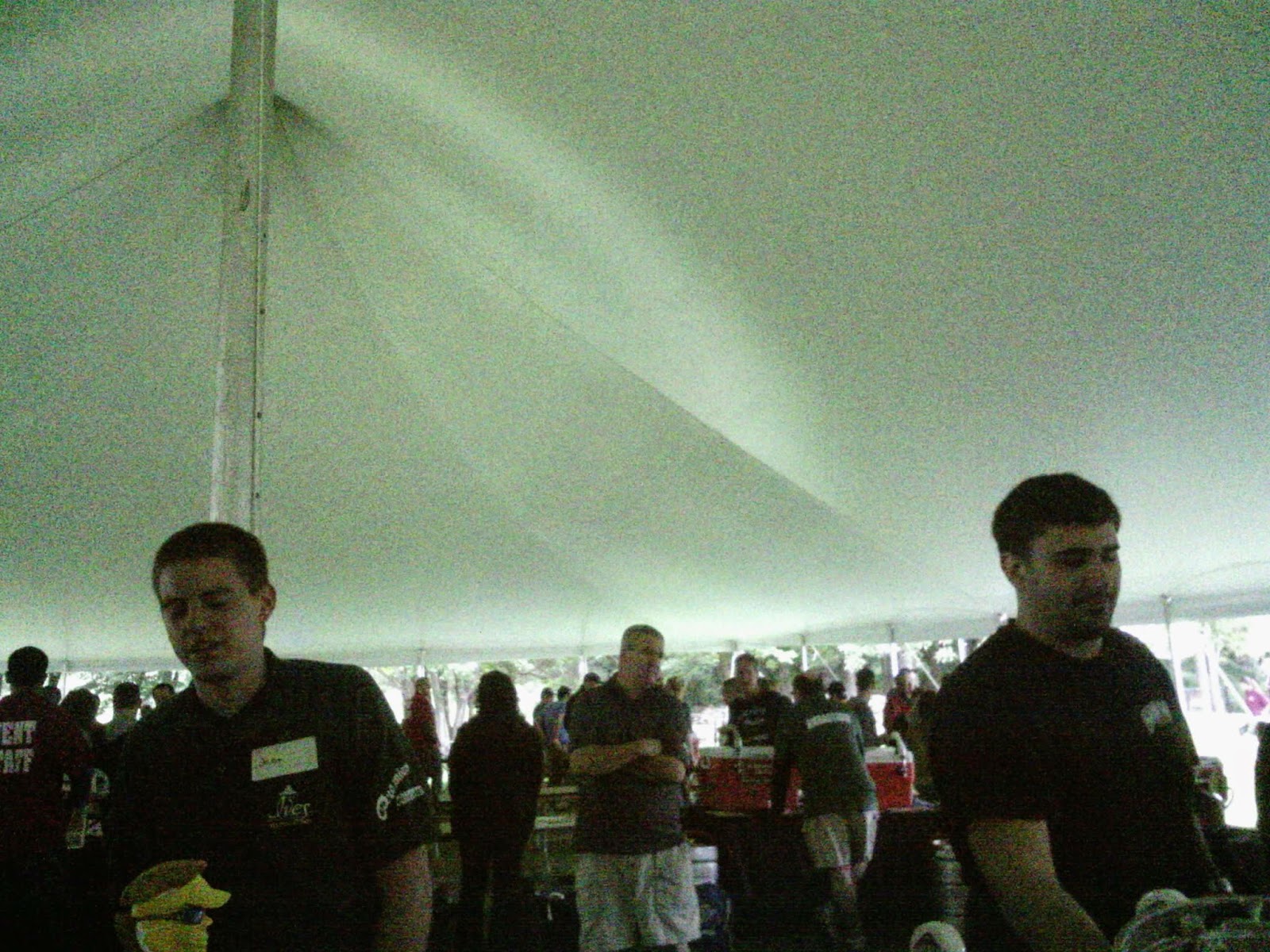 Whether it was brewery employees, distributors, or student volunteers, everyone  was so nice. It was not crowded the first hour, so we started as a leisurely paste pace, and tried some of the beers.

Kept moving around trying more beers. Note there are quite a bit more beers represented; typically we want to just try new ones.

Ran across a new brewery called Ferrari. When asked about the potential conflict, the owner said it's truly his surname; and it's okay as long as He doesn't use one of their cars in an advertisement. 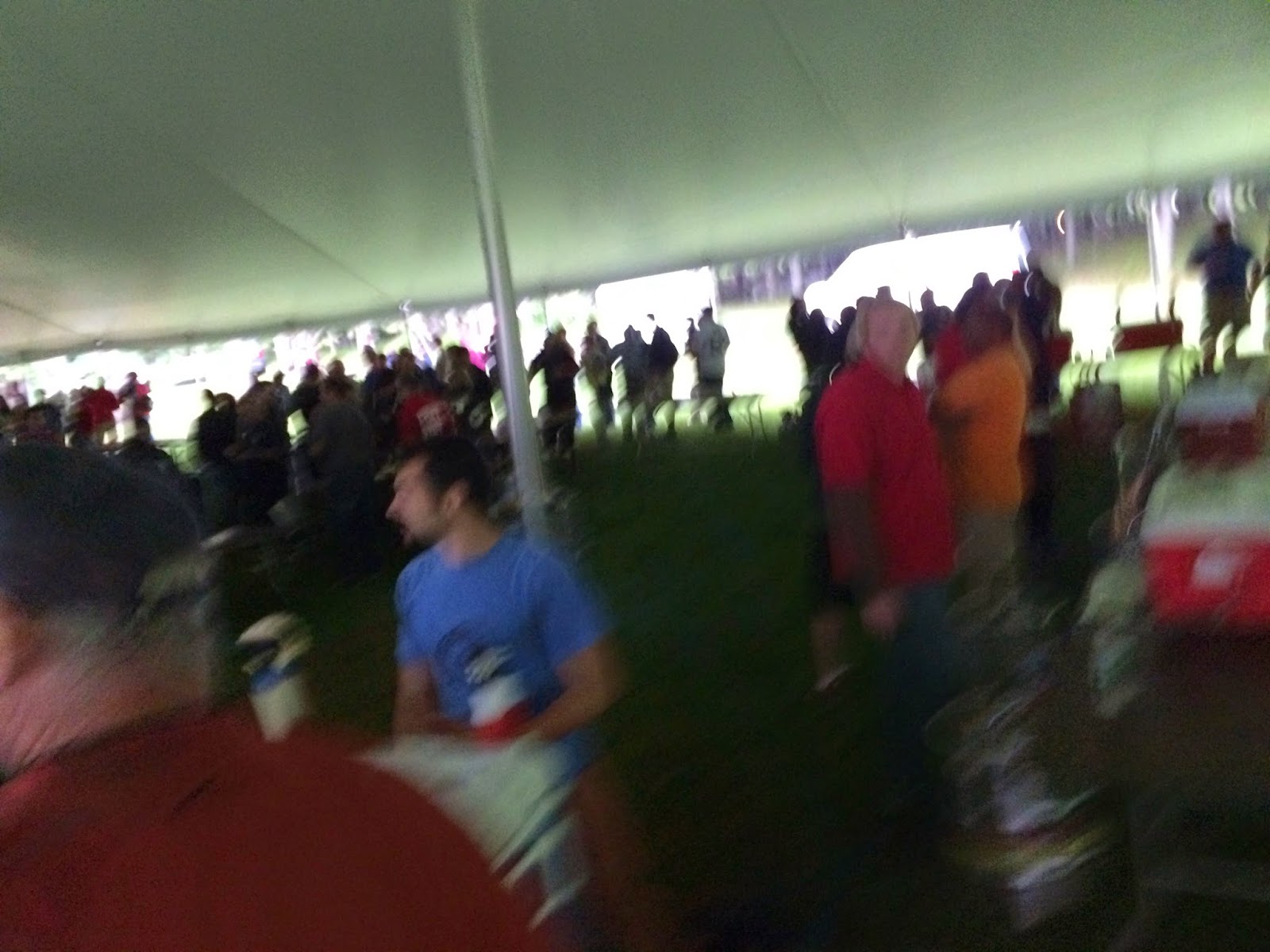 About now it got more crowded, as general admission came in at 3 o'clock; so it was a bit harder to get to different tables. And the rain didn't help; in that everyone was crammed under the tents. 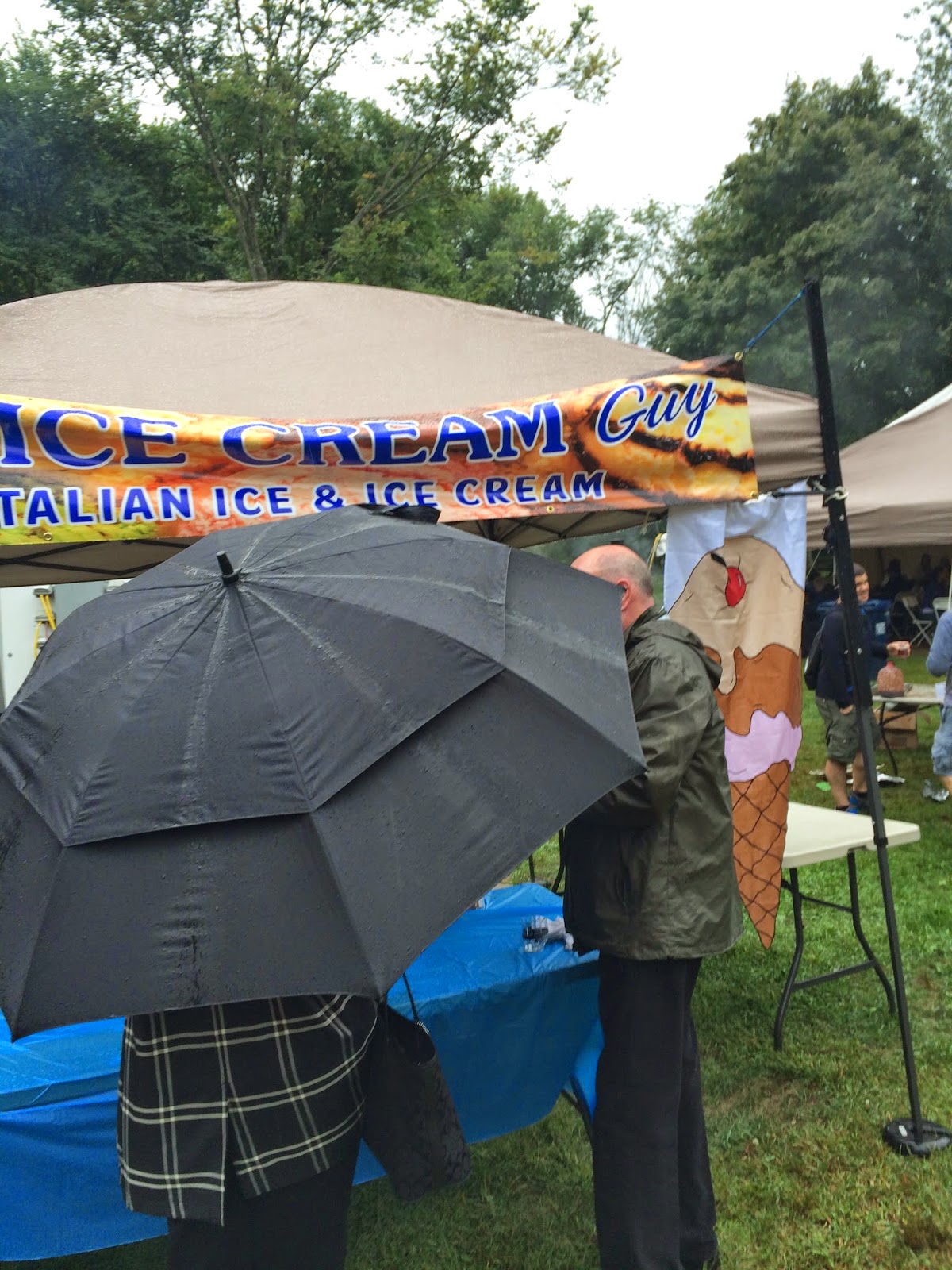 It's kind of interesting  to see the different groups of people trying beer. Many  were students from the college, there to try different beers. 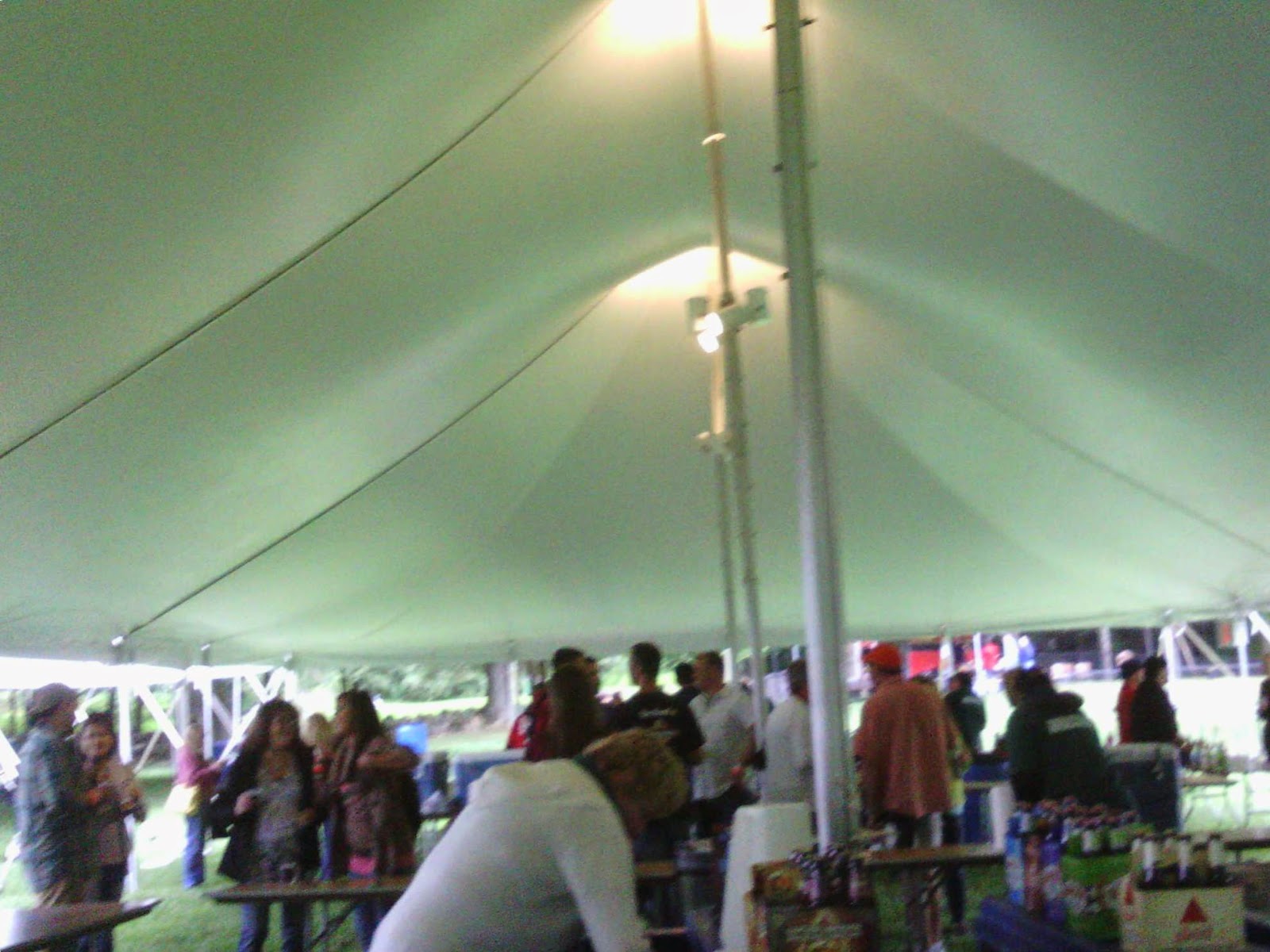 There were some who wanted to try different beers compare the flavors take notes etc. There are others that were just like, "What is the percent? 8?! Give me more; give me more!" 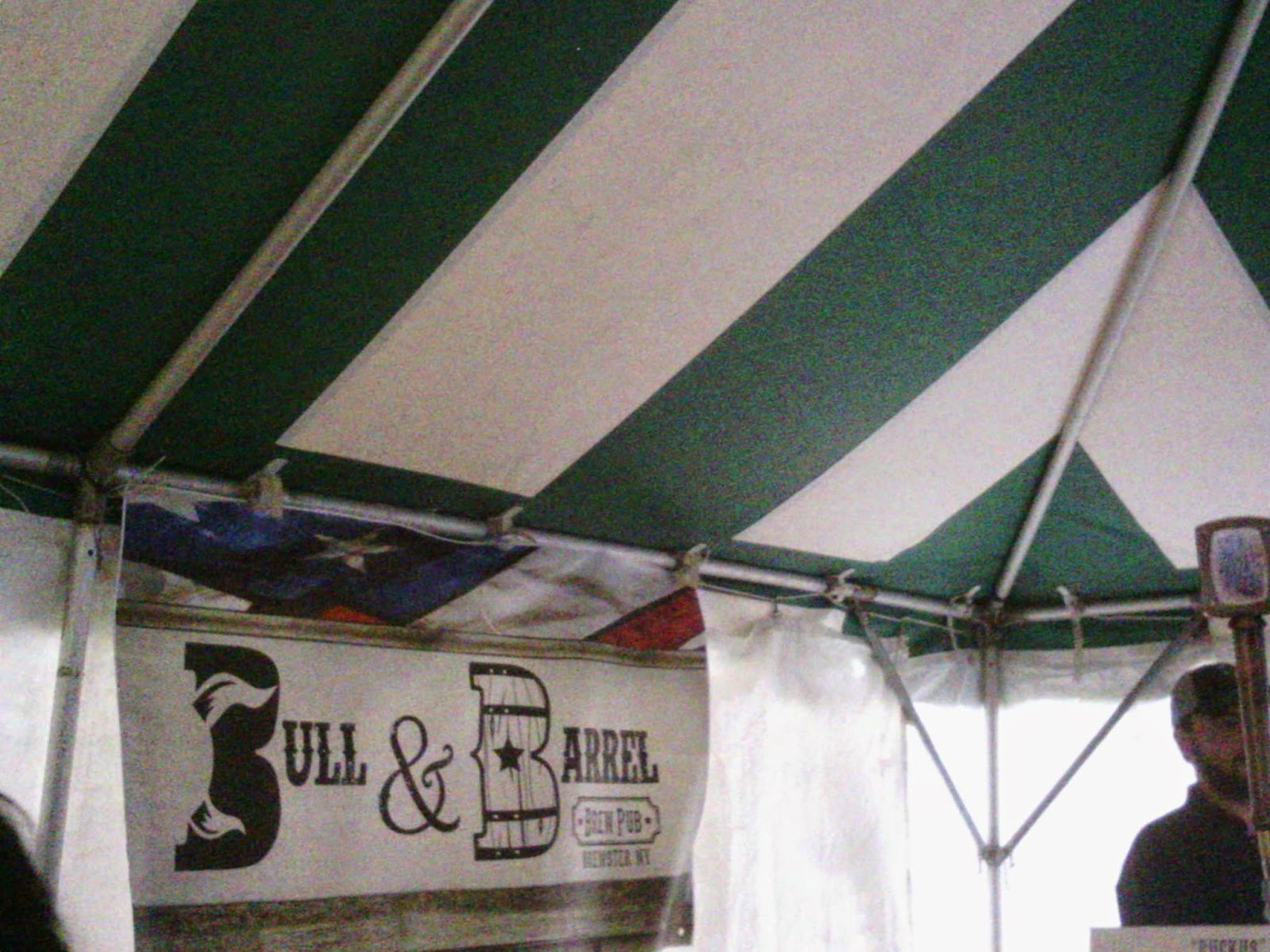 Bull & Barrel had a separate booth there, selling some appetizers as well as having some of their beers on. 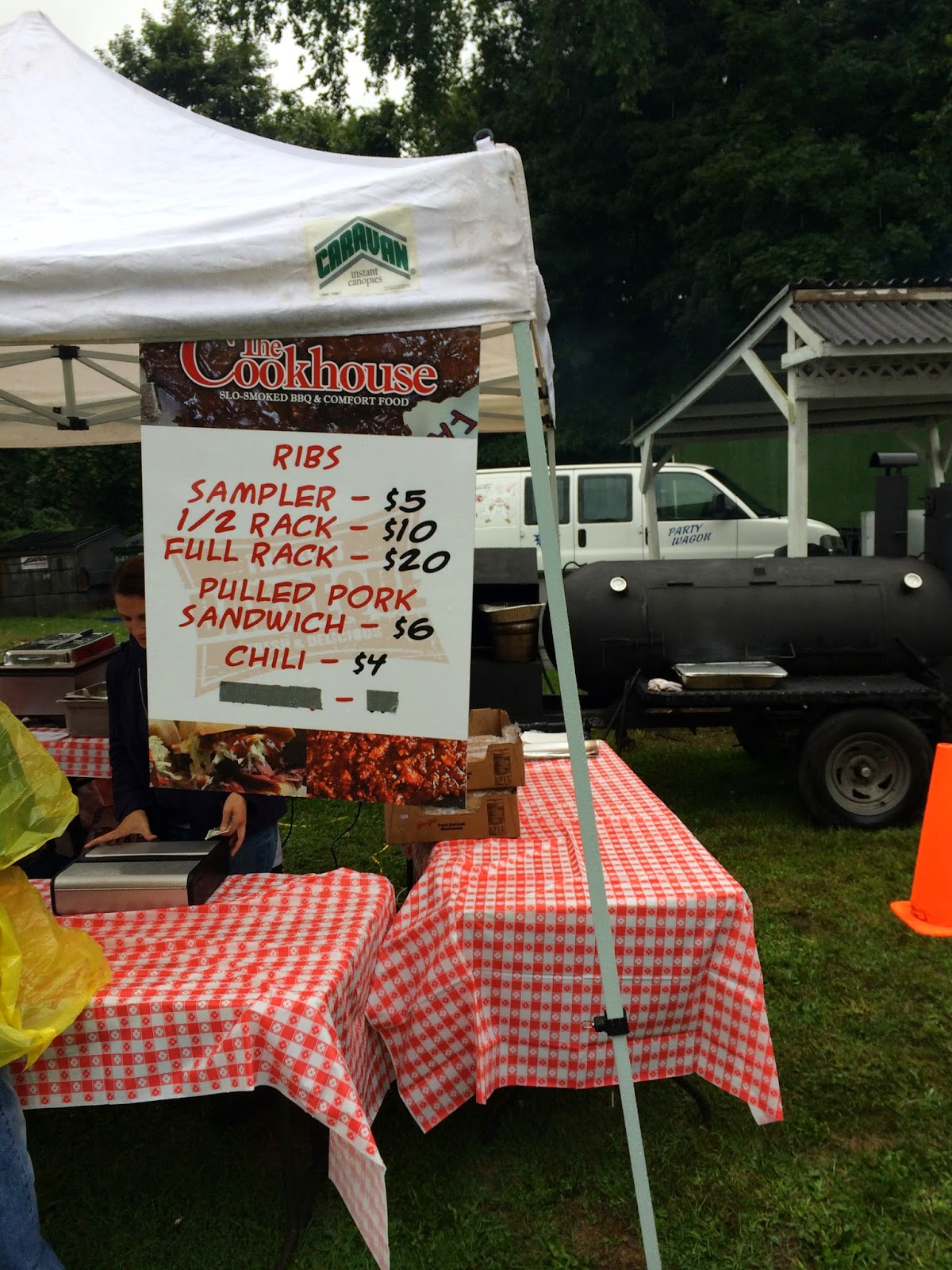 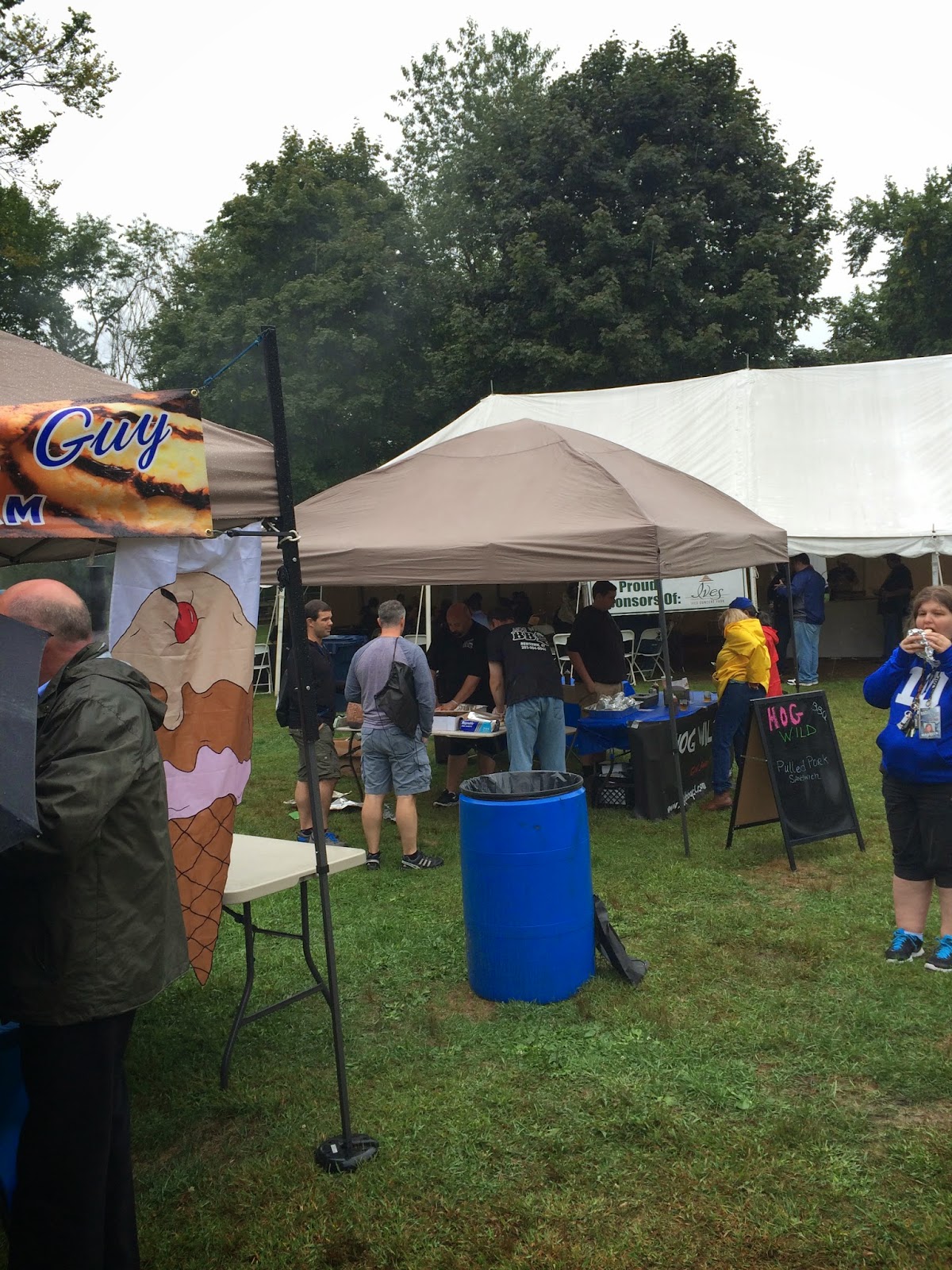 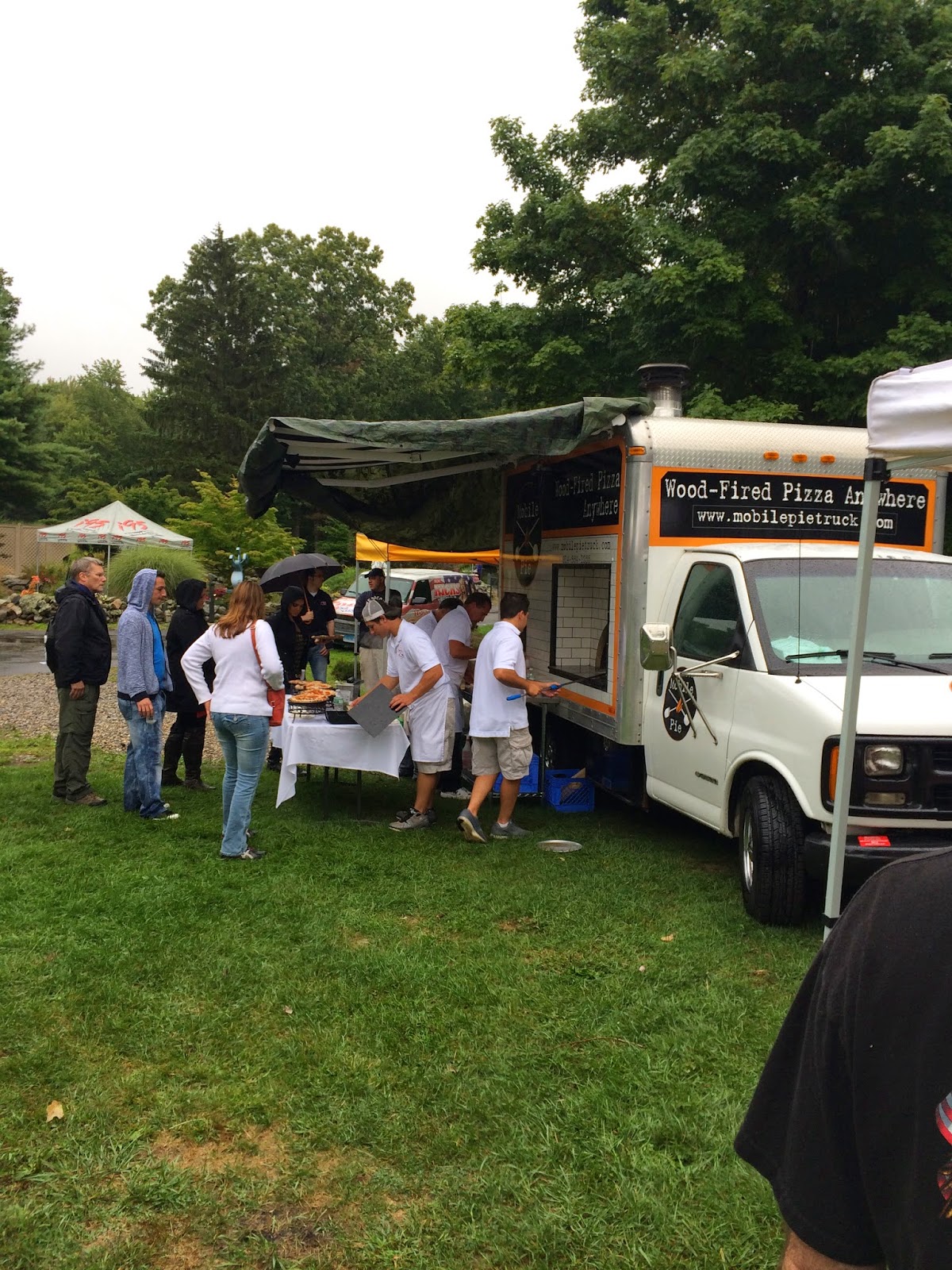 There was some good pulled pork as well as other snack items. The finishing touch was relaxing listening to music all the rain fell while smoking a cigar. 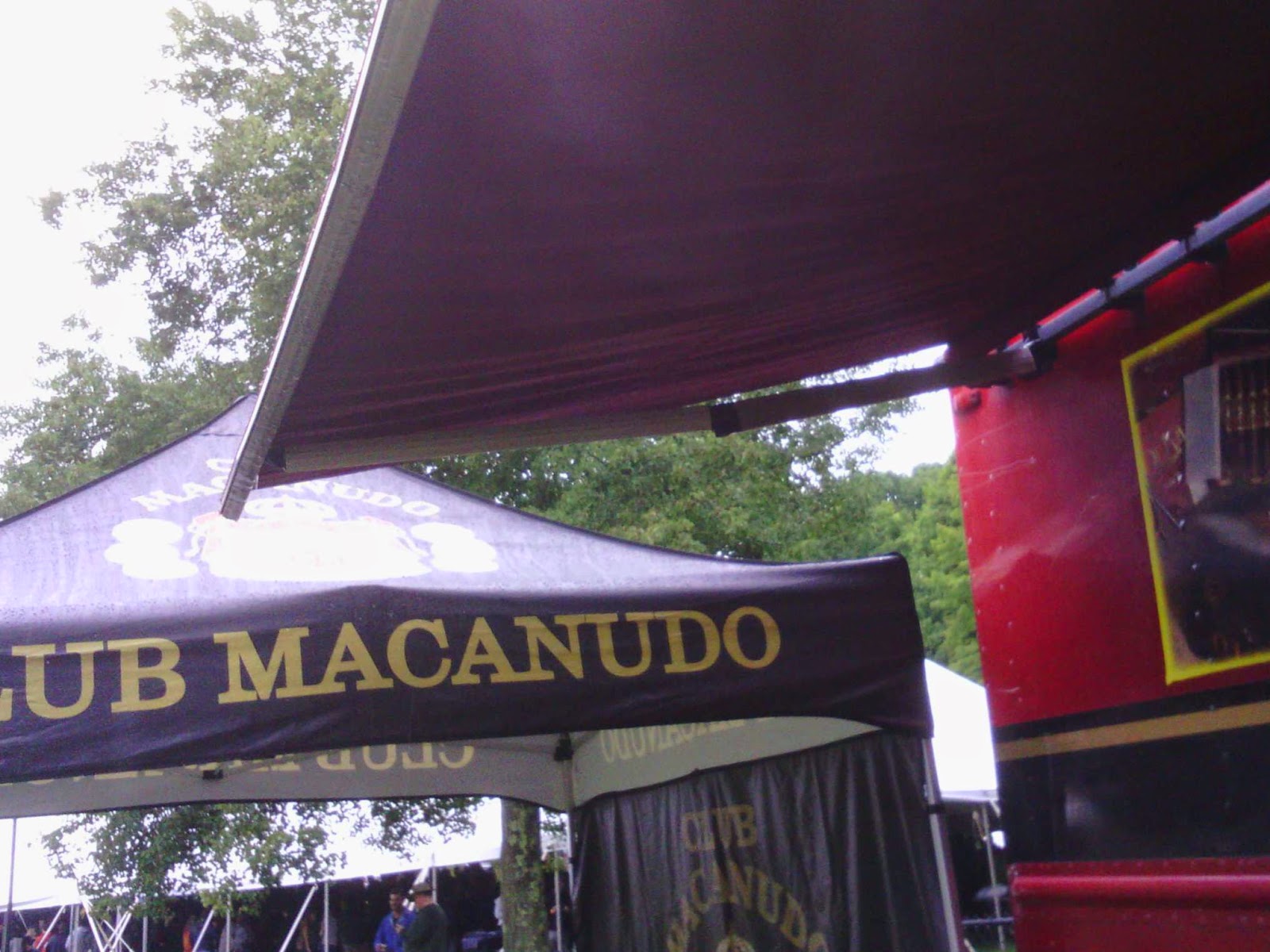 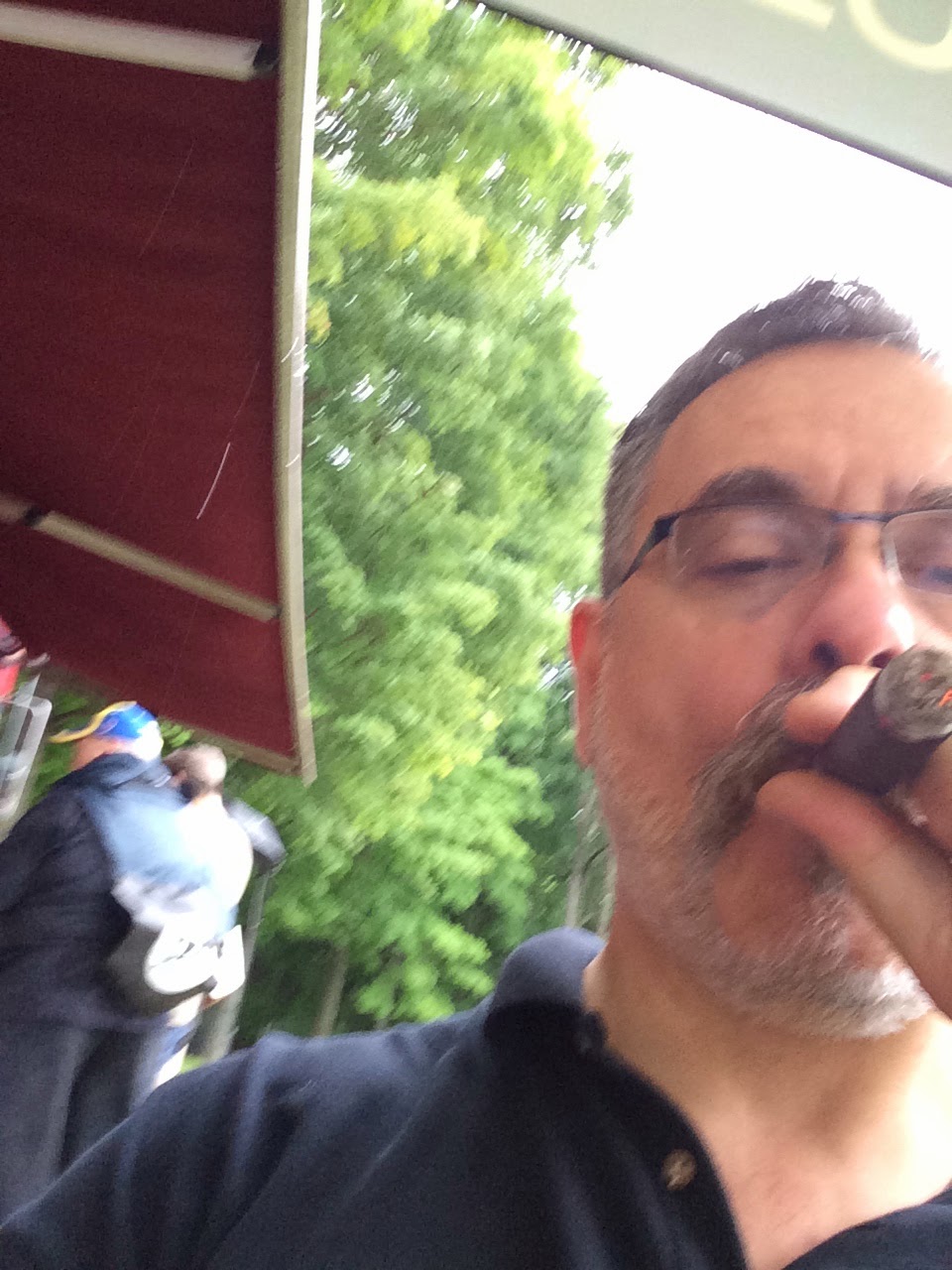 Finished with a nice 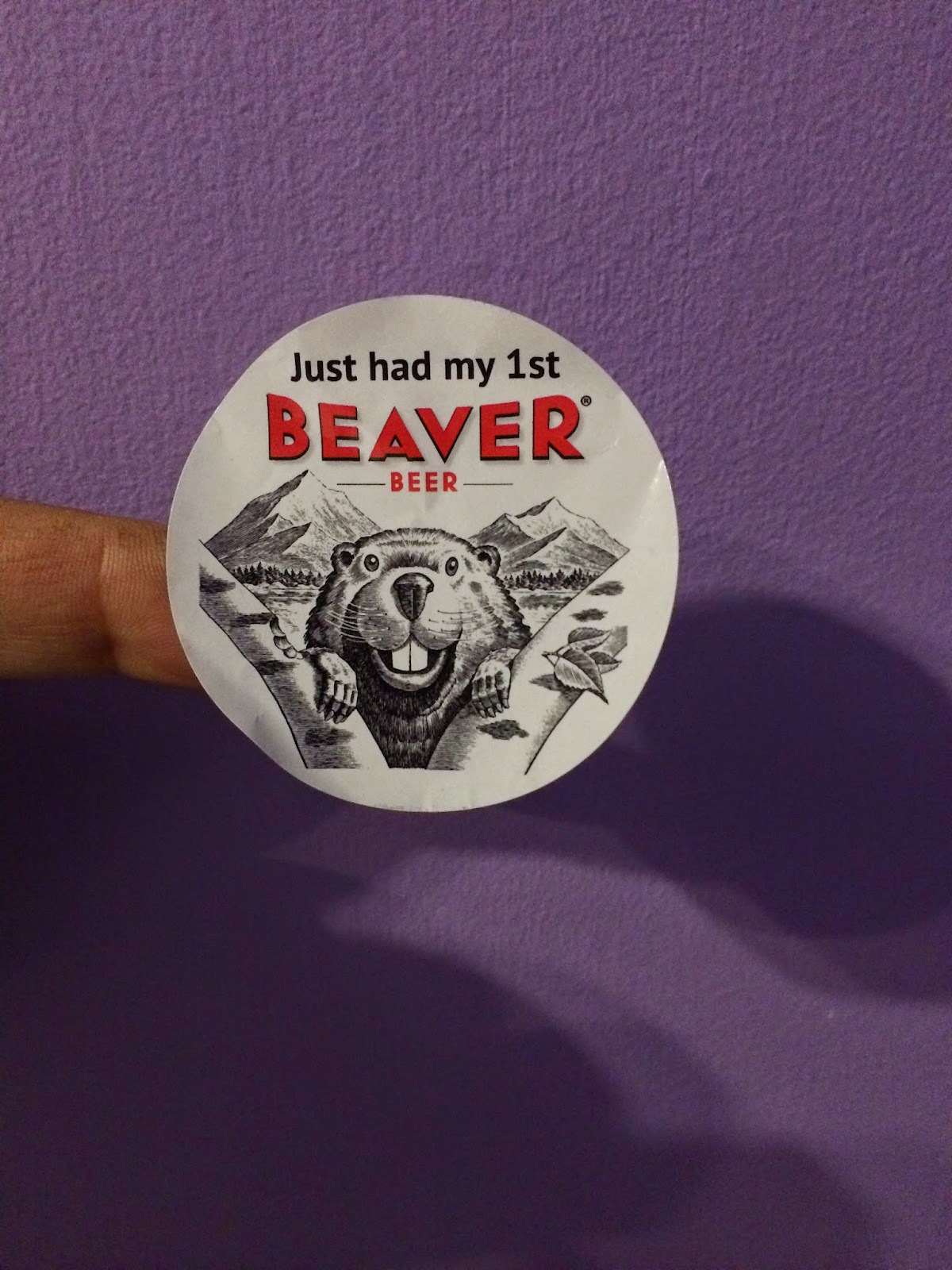 Posted by Beeriffic at 7:25 AM