What a spectacular week, was able to meet, chat, and most importantly taste the new beer of not one but two new nascent breweries coming on-line. One in CT, one in MA.

I had spoken with Cory - one of the two principals with Black Pond Brewing - at some point in February at Maury's in Danielson CT. He mentioned that they would be having a tasting/intro/fundraiser at Maury's. 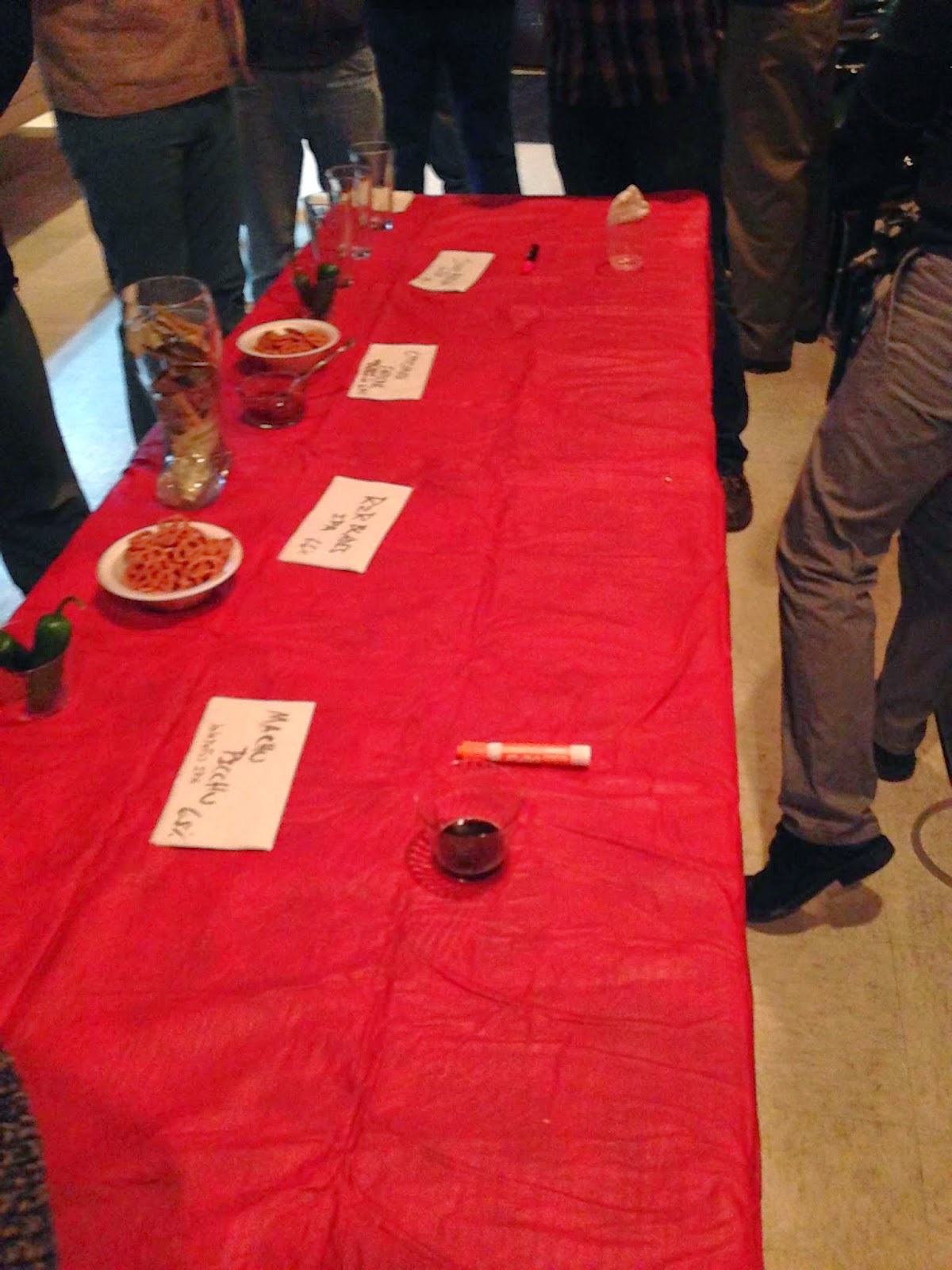 It was quite an impressive setup. For very reasonable donation, one had a lot of great food to nosh on, as well as four very different beers to try. 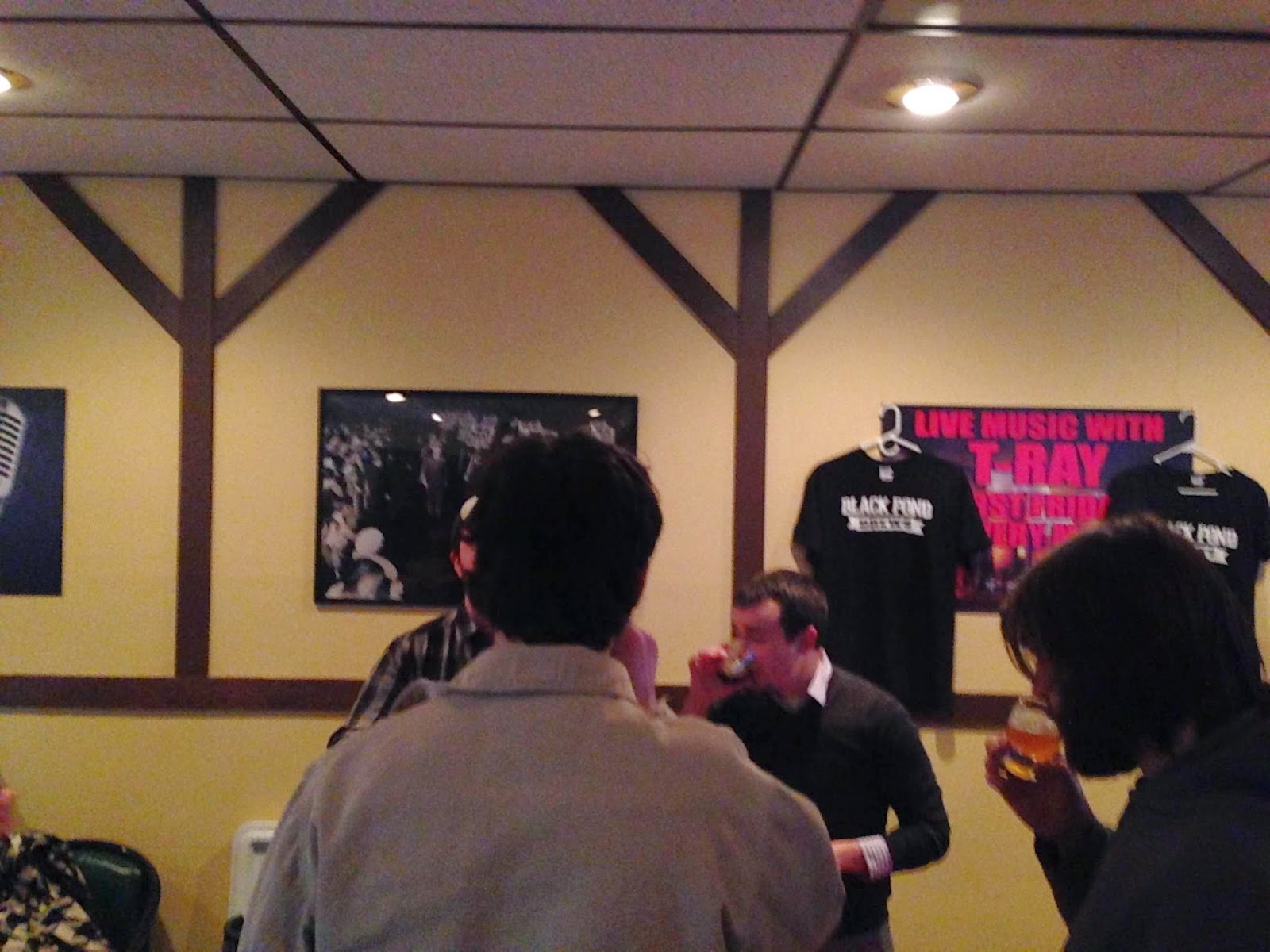 The beers offered by Black Pond were all very good. Truth be told, the American IPA - "Razorblades" or "Rzr" - was good but not that different from any good non-UK-style, non-hopslam-style IPA. Although IPAs are a quintessential favorite.

The Sexy Bitch" Belgian IPA Saison was great; should make a great "standard bearer" or trademark beer. Had not really had a beer style like this, and hopefully we can expect it for a seasonal. It's very dark, there were also overtones of IPA goodness.
Razorblades  {7.5}
Sexy Bitch  {9.5} 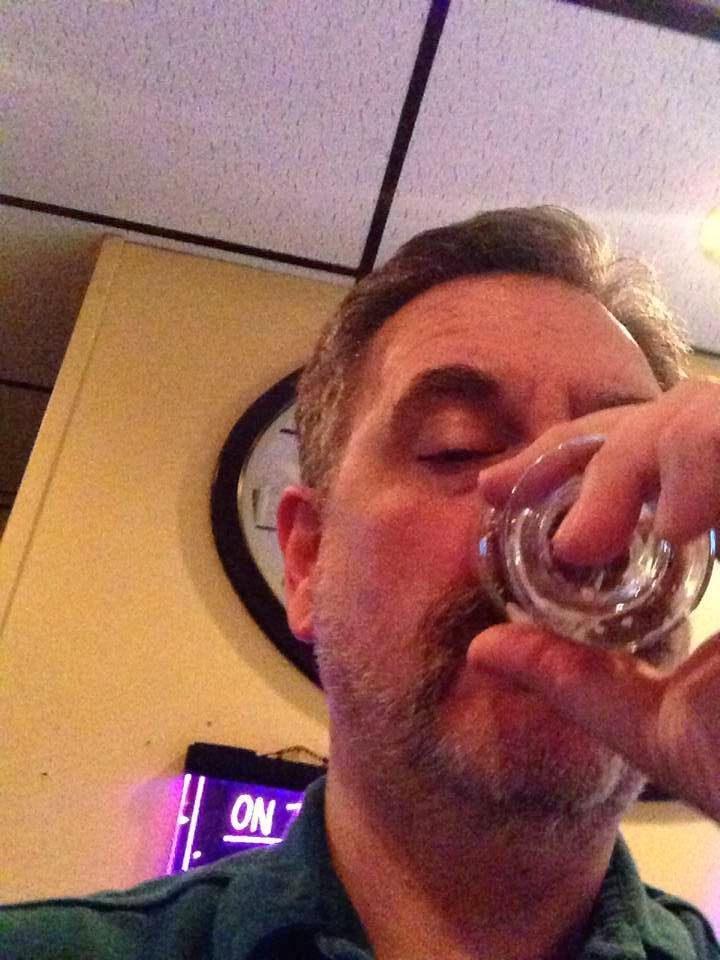 The next two ales were similar, yet very different. Both are a bit spicy, however the spices are different. Machu Piccu uses a jalapeño pepper as one of the secret (% by weight) ingredients; and the Ottoman Empire uses Turkish chili powder.

These latter two beers - if one is man or woman enough - are really good with something rich and hearty, be it a good squash soup or homemade BBQ. I really wish them well; we will see some good things from this brewery.

On the weekend went to visit my mother as it was her 80 birthday. All not a beer fan, she does interested food so we went to the Opa Opa Steakhouse in Southampton MA. 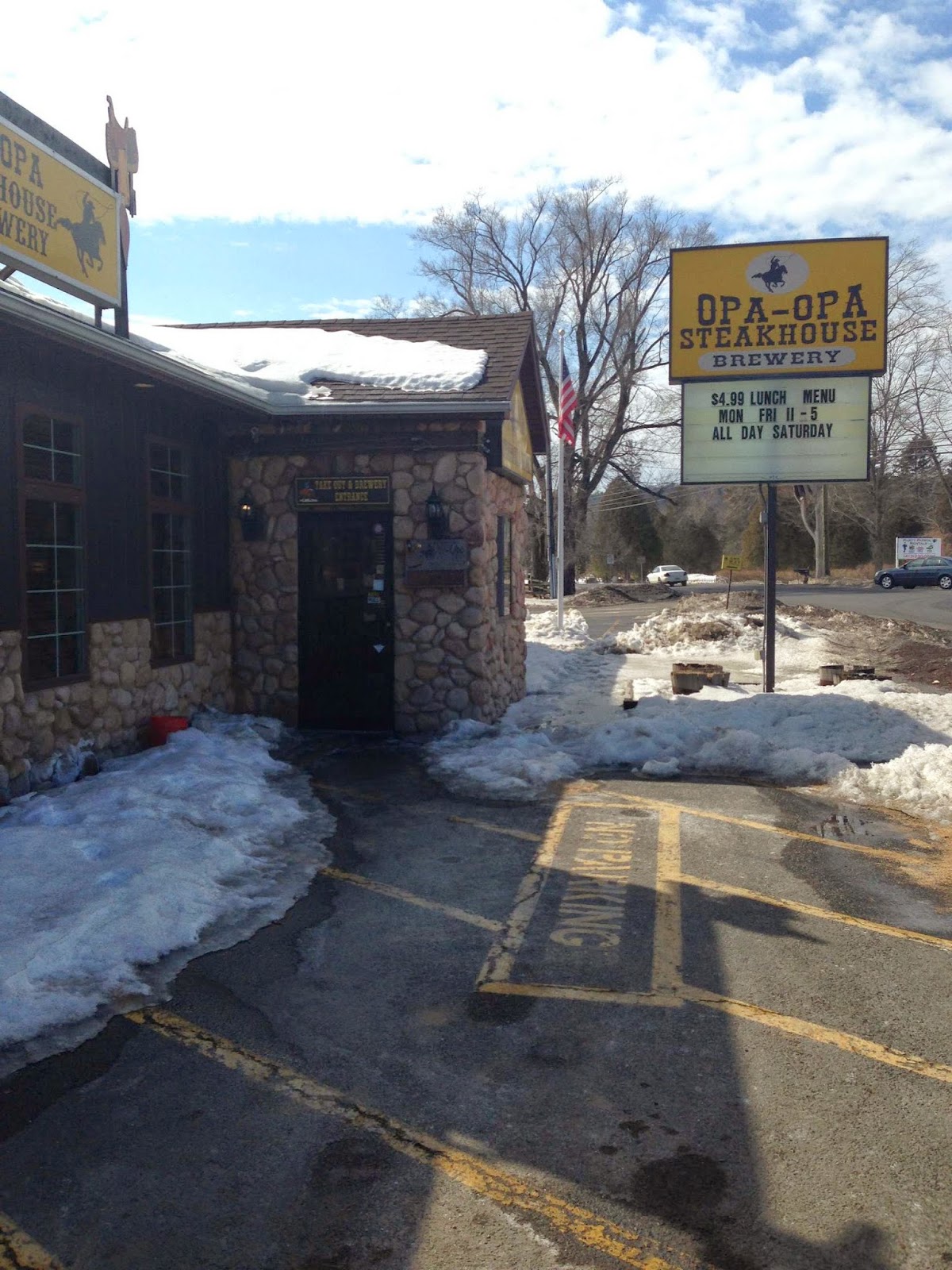 After that it was a quick stop at Abandoned Building Brewery in Easthampton MA. The owner/brewery Matt give us a tour as well as a taste of two beers that were almost ready, although in their nascent stages. 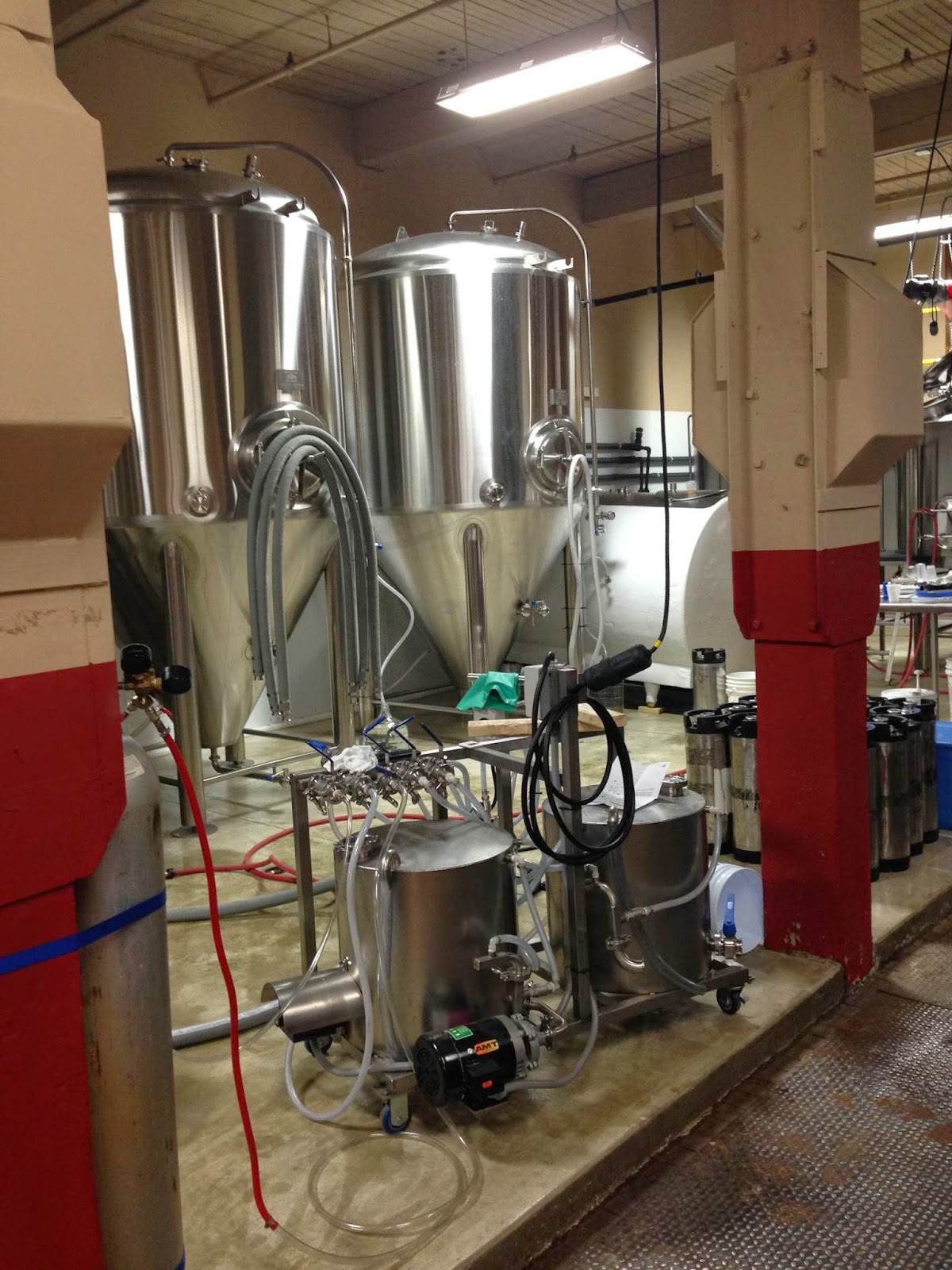 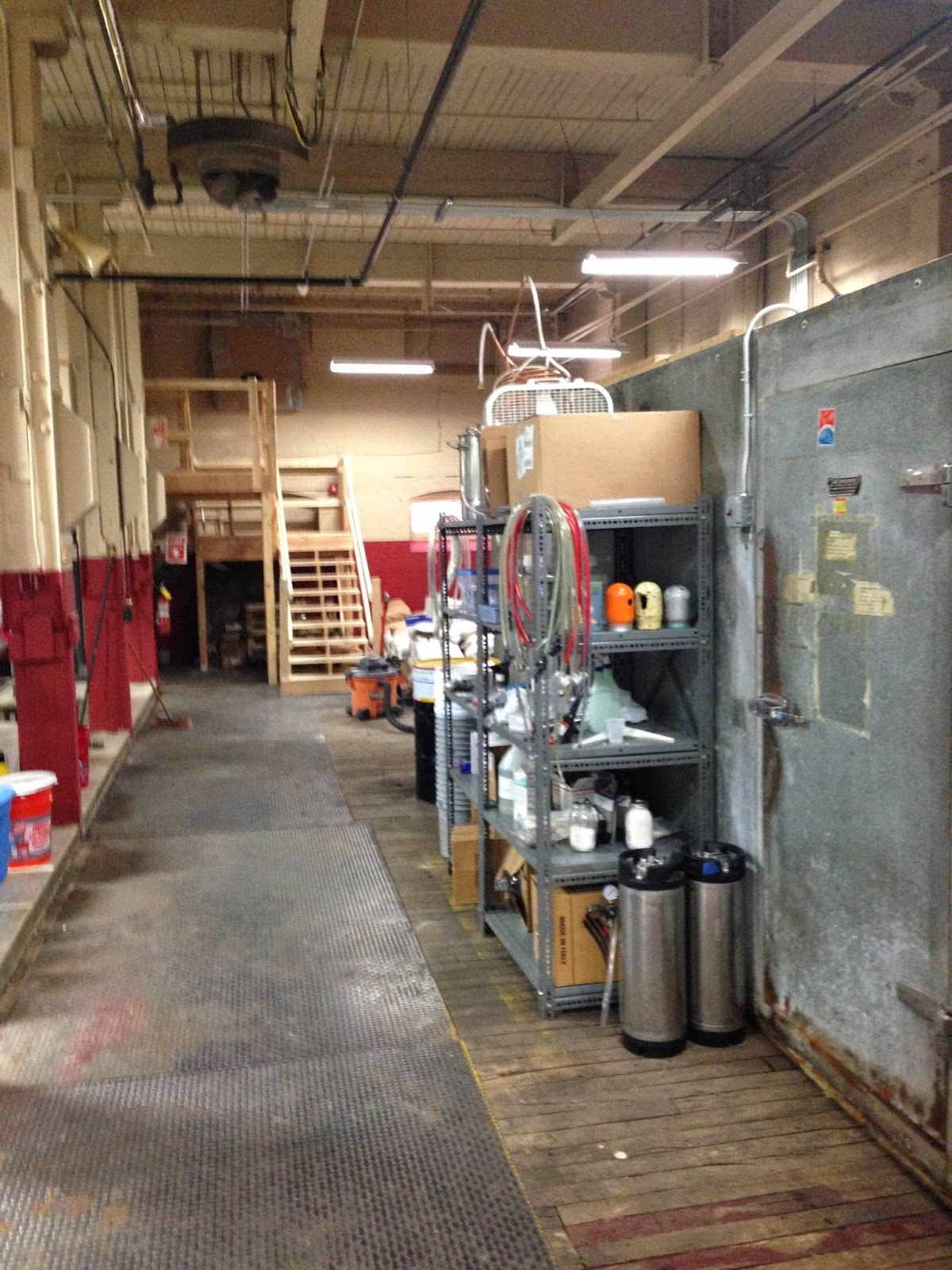 The Saison was quite good. An interesting backstory, and that Matt apparently decided to brew beer and liked the Easthampton area and moved there. They should be selling beer soon. He also has plans to have a moderate size tasting area as well. Note on the scores; these beers were not quite ready, but a 7.5 for an "almost there" beer is solid gold in anyone's book.
Lola Saison  {7.5}
Pennhust Pale Ale  {7.0}

That it was time to go to Northampton MA to place called Dirty Truth. This is a really good beer bar, possible for the best for finding unusual beers. 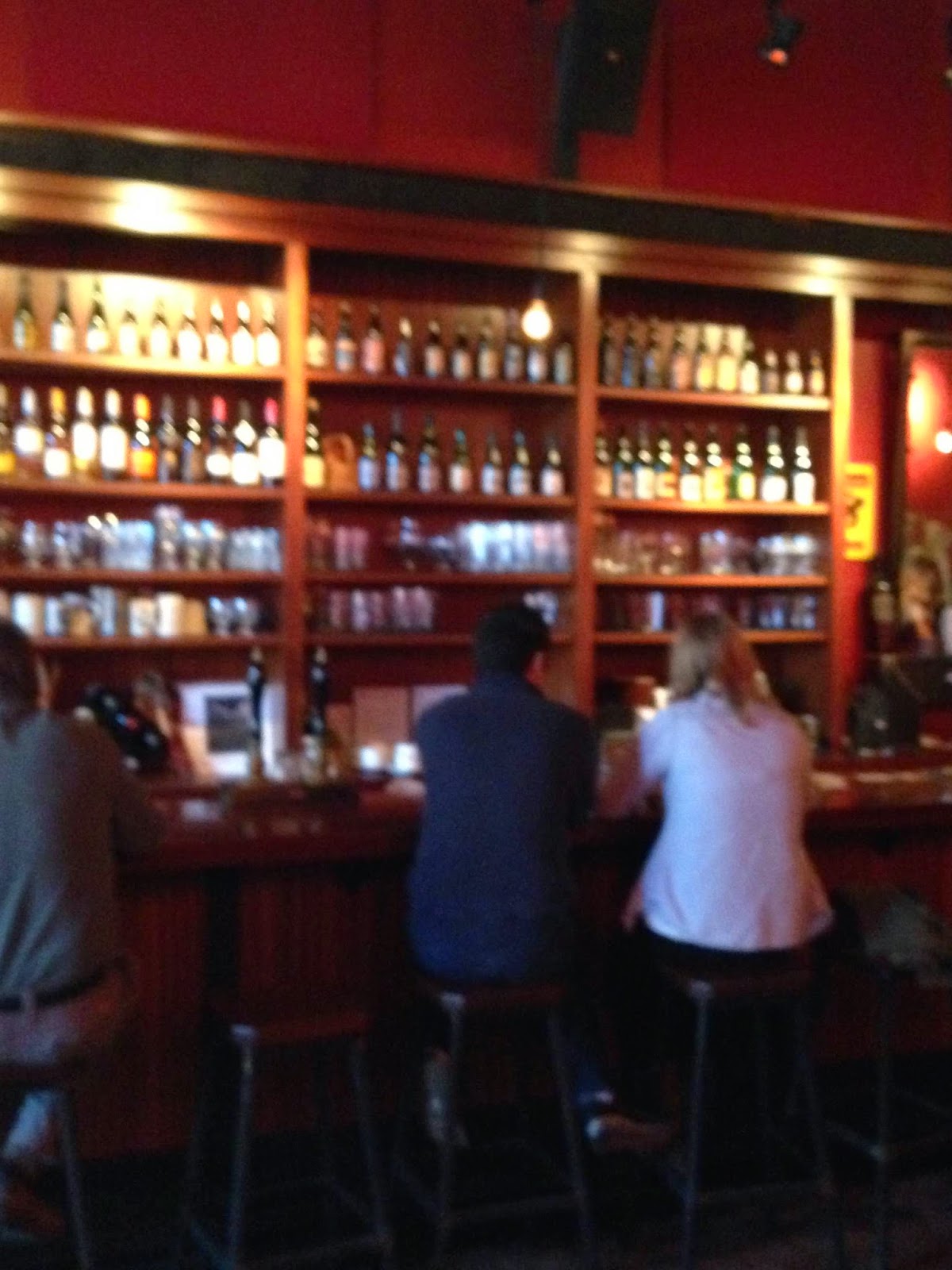 On the way back, stopped at Trū Beer to pick up a few different beers. 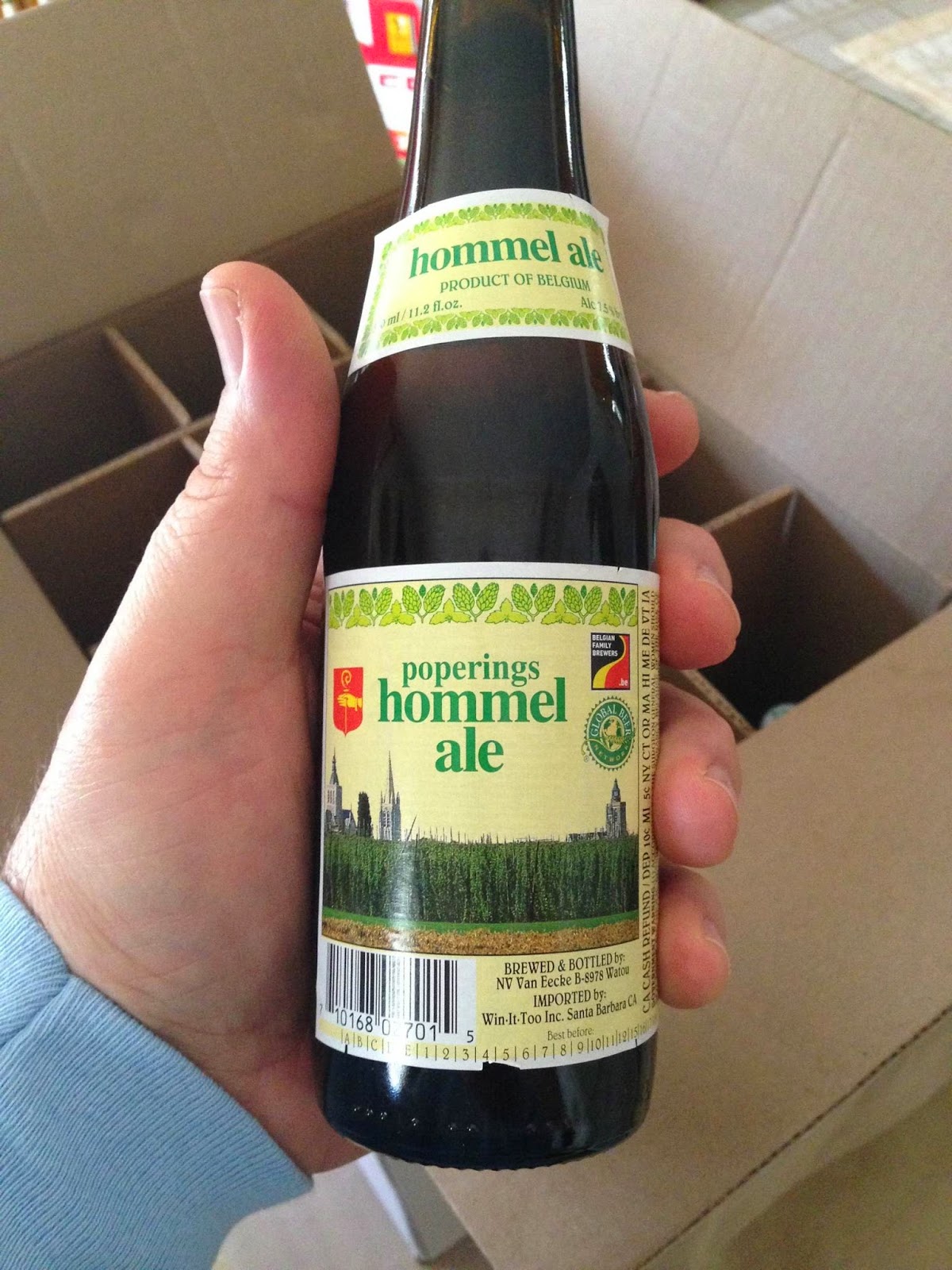 Was very pleased to find there's a great beer for those with a gluten intolerance. My previous favorites of this was Greens Belgian ale, however this new Celia Saison is really quite good.
Ipswitch/the Alchemist - Celia Saison  {8.5}

Posted by Beeriffic at 5:39 AM